The family is known for its spectacular migratory abilities – such as Bar-tailed Godwits flying more than 12,000 km non-stop and Pectoral Sandpipers travelling 13,000 km in a single summer in pursuit of a mate – with GPS tagging projects almost exclusively to thank for uncovering these extraordinary feats.

Now, such a transmitter has revealed the spectacular non-stop migration of a Lesser Yellowlegs throughout North America.

The bird, which had been tagged in a project led by Audubon Americas and monitored by  SELVA, a Colombian NGO, left Manitoba, Canada, late in the evening of 19 July 2022. Its journey was tracked by MOTUS receivers as it moved south-east across the US, eventually reaching North Carolina in the early hours of 21st. 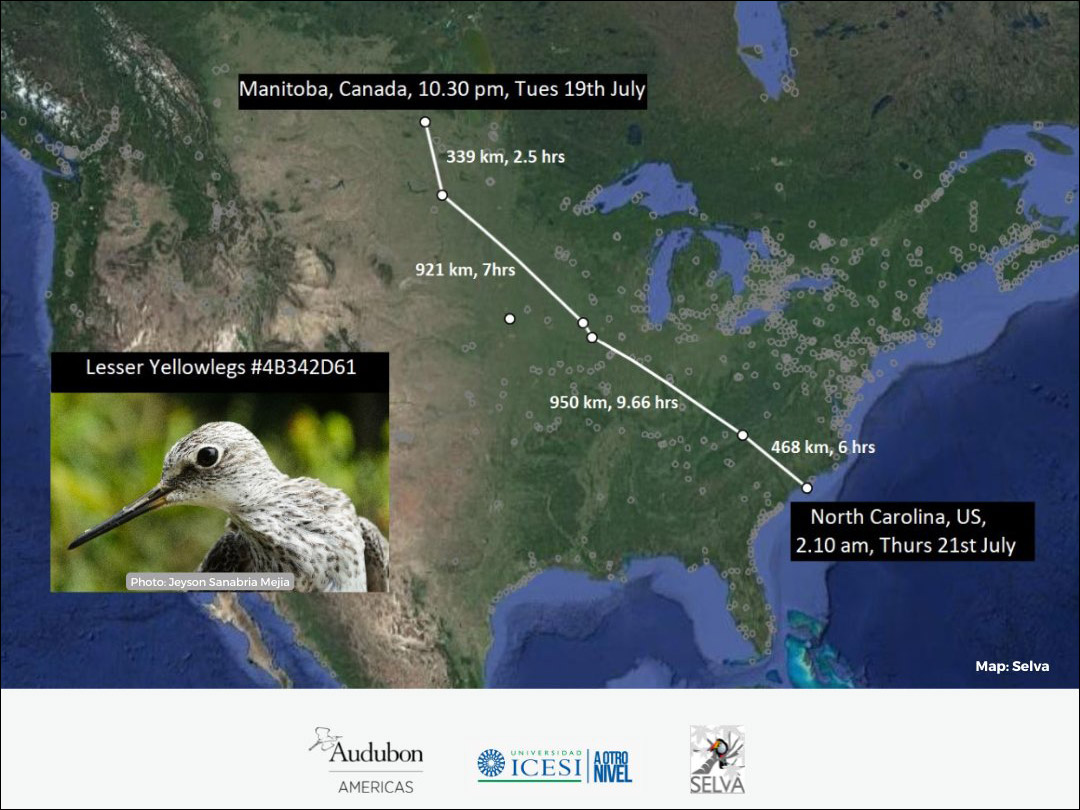 The 27-hour, 2,678-km journey of the Lesser Yellowlegs from Manitoba to North Carolina (SELVA).

The apparently non-stop flight measured 2,678 km and was completed in 27 hours, meaning that the yellowlegs travelled at an average speed of around 100 km/h during its journey.

SELVA described the yellowlegs's efforts as "more like a supersonic missile than a bird".

It is not the first time that epic Lesser Yellowlegs migrations have been documented by SELVA's project. In spring 2022, another individual apparently flew non-stop from central Colombia to Tennessee via Costa Rica – a journey of some 4,800 km.