A yacht club that wiped out an active Least Tern colony nesting on its roof in the Florida Keys last summer has been hit with a $1,000 fine.

The extraordinary incident began when a roofer arrived at the Florida Keys Wild Bird Rehabilitation Center with a bin containing tern chicks and eggs. In total, there were 100 eggs and 27 hatched youngsters.

Jordan Budnik, of the Center, said: "I was stunned. There were so many that you couldn't really tell what was a baby and what was an egg. It was just this mass of just young birds.

"It was certainly the first time that an individual had ever brought us an entire colony's worth of a threatened species of native bird."

It transpired that the Futura Yacht Club had organised for its building to be re-roofed and work had commenced, despite the clear presence of a Least Tern colony there. The roofing company, not realising the illegality of disturbing the birds, had 'tidied' the colony and delivered all its eggs and young to the rehabilitation centre. 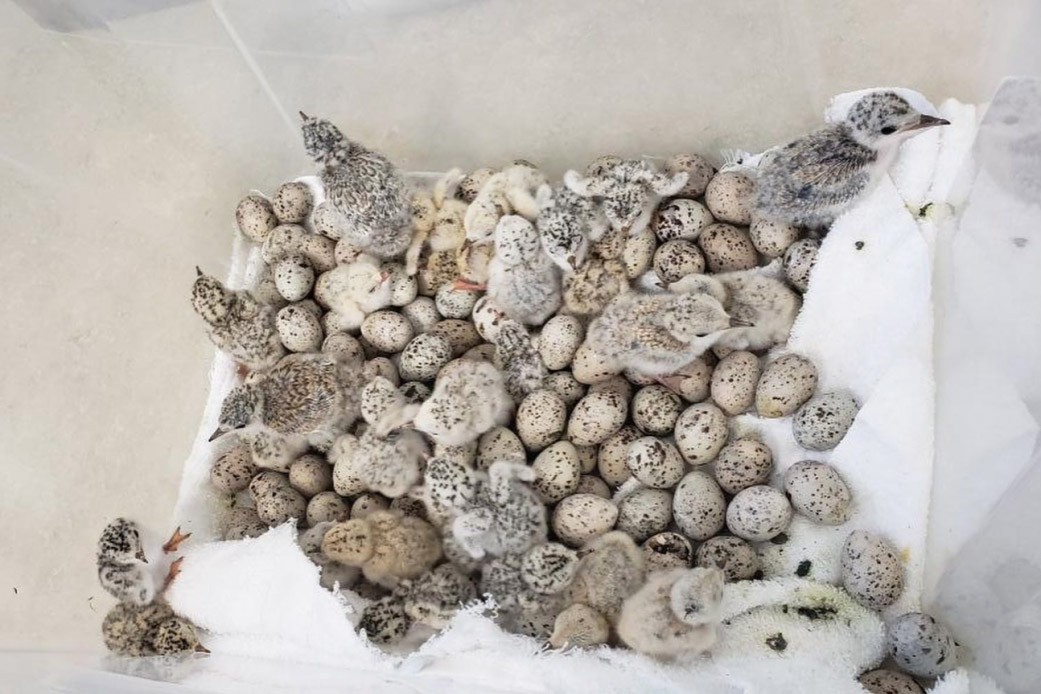 The eggs and chicks removed from a yacht club roof in the Florida Keys last summer. It is suspected that none survived (Florida Keys Wild Bird Rehabilitation Center).

Budnik knew that if swift action was taken and the chicks and eggs were returned to the colony immediately, there would be a chance of saving them. Despite the centre's efforts, it is suspected that none survived as there was no way of knowing which youngsters came from which nest when returning them.

Least Tern is one of North America's fastest-declining birds, with its population plummeting by 90% since the 1960s. A combination of rising sea levels, habitat loss and increased human disturbance to this beach-nesting species is largely to blame.

However, the resourceful birds have taken to nesting on gravel rooftops in Florida, with around 60% of the state's population now using this man-made habitat. Julie Wraithmell, Executive Director of Audubon Florida, described roofs as "islands in the sky", explaining that "it's like a flat beach, but elevated – it doesn't have disturbance, it's not getting flooded".

Roofs have become so important to the species that Florida wildlife managers keep a list of rooftops identified as nesting grounds and notify owners near nesting season, as well as providing signs that warn the public to give the birds space to allow them to breed undisturbed. It transpired that Futura Yacht Club was on the list of properties that was sent letters in 2019 explaining that terns used the roof for nesting.

After pressure from Audubon, the Florida Fish and Wildlife Conservation Commission brought a case to the Keys State Attorney's Office (SAO) and the yacht club homeowners' association was charged for violating the Migratory Bird Act.

However, when it came to a prosecution for the offence, the law was lacking. A second-degree misdemeanor in Florida is punishable by 60 days in jail, six months' probation or a $500 fine, but these cannot be stacked for individual offences against every egg and chick. Assistant State Attorney Jorge Jaile explained that if it had been another species protected by more stringent laws in Florida, such as lobsters (which are often poached or caught undersized), then charges could be accumulated for every individual animal impacted.

"The law needs to change," he said. "The Legislature really is the one involved in the punishment. They can charge the corporation and again, levy huge fines, which I think would be a great way to incentivise condos and other big buildings from messing with eggs on the roof. And then you have a much lower burden of proof. All of this is something that needs to happen at the Legislature." 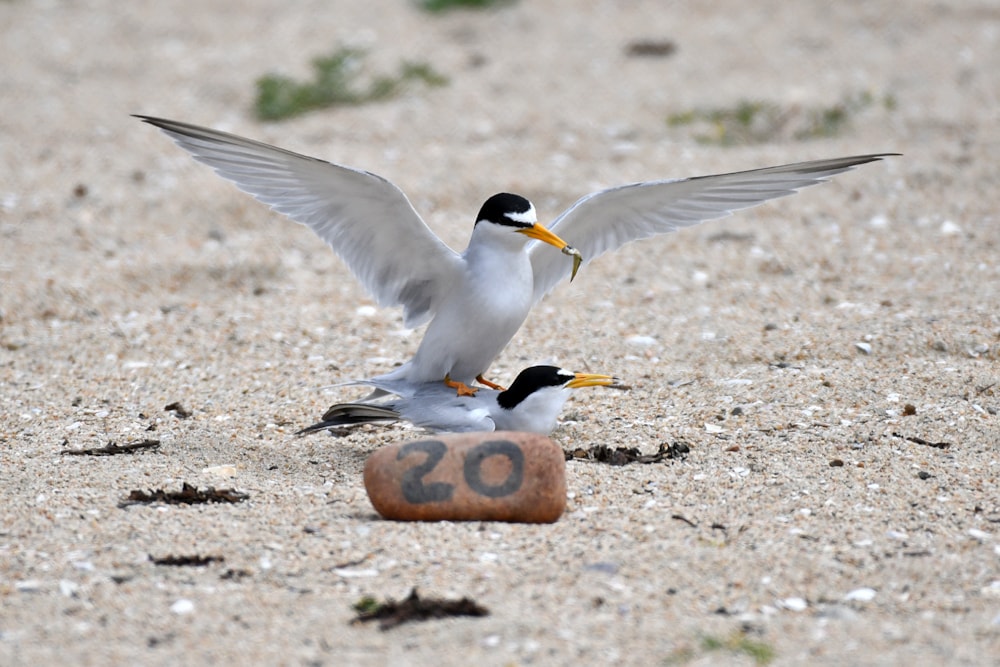 Least Tern typically nests on beaches in the US, but increased disturbance and habitat conversion has contributed to a 90% decline since the 1960s (Alexander Viduetsky).

The SAO recently recommended settling the case for a $1,000 penalty to be paid to Audubon.

Julie Wraithmell responded in an statement released by Audubon Florida, saying: "We told the Keys SAO we would not accept that contribution – $1,000 is a laughable penalty for a violation of this magnitude. You get more for poaching spiny lobsters, and at the very least each chick and egg should have been a separate violation.

"Imagine my surprise to find a $1,000 check in Audubon's mailbox and the deal inked between the Keys SAO and the condo association.

"Audubon will not accept this penalty and will be handing it over to the Wildlife Foundation of Florida. There must be stiffer penalties for violating wildlife laws, otherwise they simply become the cost of doing business. Florida must do better."