Having raised at least 30 youngsters previously, a 68-year-old Laysan Albatross is nesting once again. The female, fondly known as Wisdom, is thought to have laid as many as 35 eggs in her lifetime at Midway Atoll National Wildlife refuge, a tiny island 1,931 km northwest of Hawaii, in the Pacific Ocean.

Wisdom has led to scientists re-evaluating the age to which albatrosses are expected to live. Her current partner has been with her since 2006, though his age is unknown. During her lifetime, it's estimated that Wisdom has travelled an astonishing 4,828,032 km. 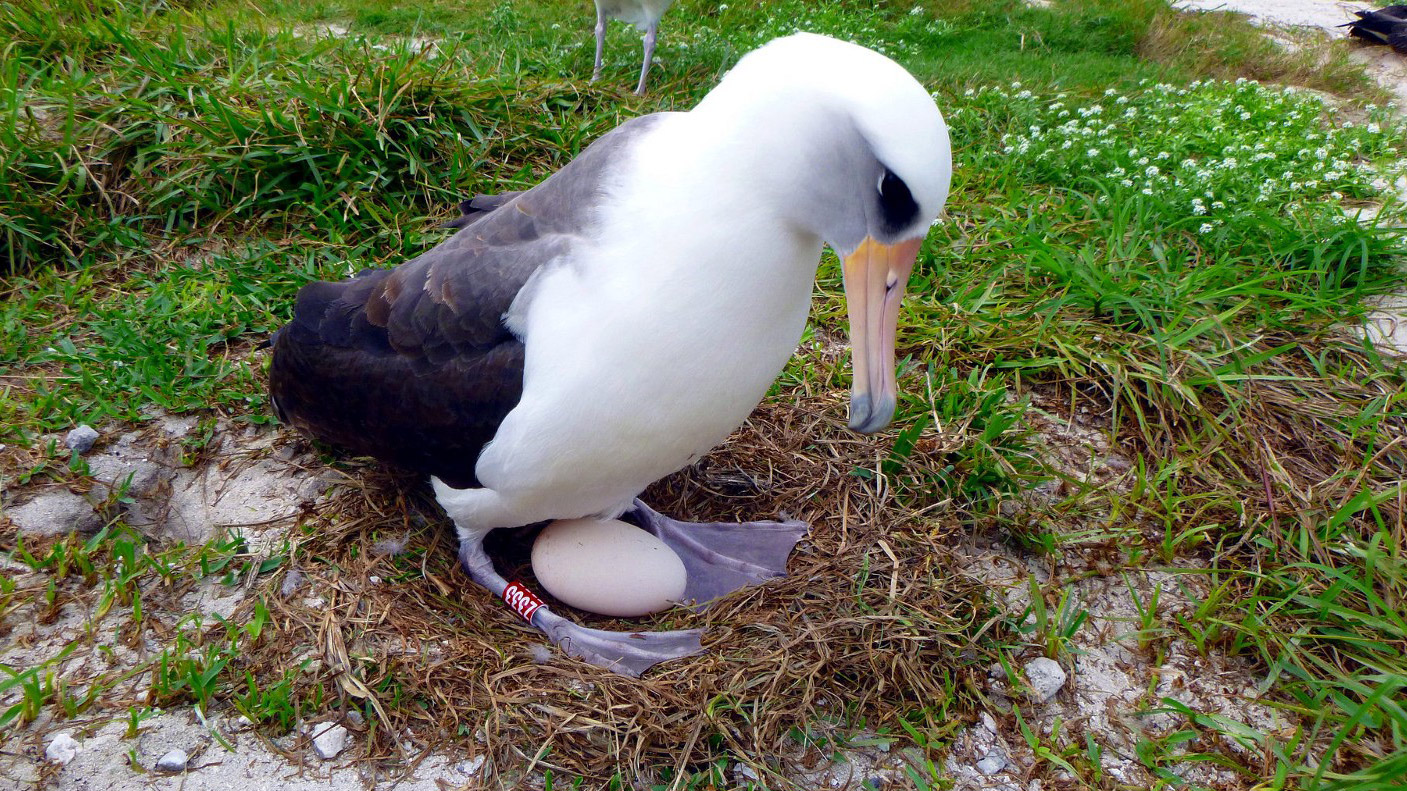 The egg is thought to be Wisdom's 35th (Kristina McOmber/USFWS).

The chick she produced in 2001 was last year seen just a few feet away from her on the Atoll and Kelly Goodale, US Fish and Wildlife Service Refuge (USFWS) Biologist, said: "Midway Atoll's habitat doesn't just contain millions of birds, it contains countless generations and families of albatrosses.

"If you can imagine when Wisdom returns home she is likely surrounded by what were once her chick and potentially their chicks. What a family reunion!"

USFWS data shows that nearly 70 per cent of the world's Laysan Albatrosses and almost 40 per cent of Black-footed Albatrosses rely on the reserve. In total, approximately three million birds breed on the island – 1.2 million of them being albatrosses – demonstrating the immense international importance of the site.

Widsom was first ringed in 1956. Incredibly, she was then rediscovered in 2002 by the same biologist who ringed her some 46 years previous, while surveying an area he hadn't visited before. In 2006 she was seen again and from that point, after her age was recognised, she began to be monitored regularly.