'World's oldest bird' hatches chick at the age of 70

The oldest known bird in the world has hatched a chick at the age of 70.

'Wisdom', a Laysan Albatross, welcomed her new chick  on 1 February on Midway Atoll in the North Pacific. Biologists on the islands near Hawaii first noticed the egg pipping on 29 January and announced the news on Twitter on Friday [5 March]. 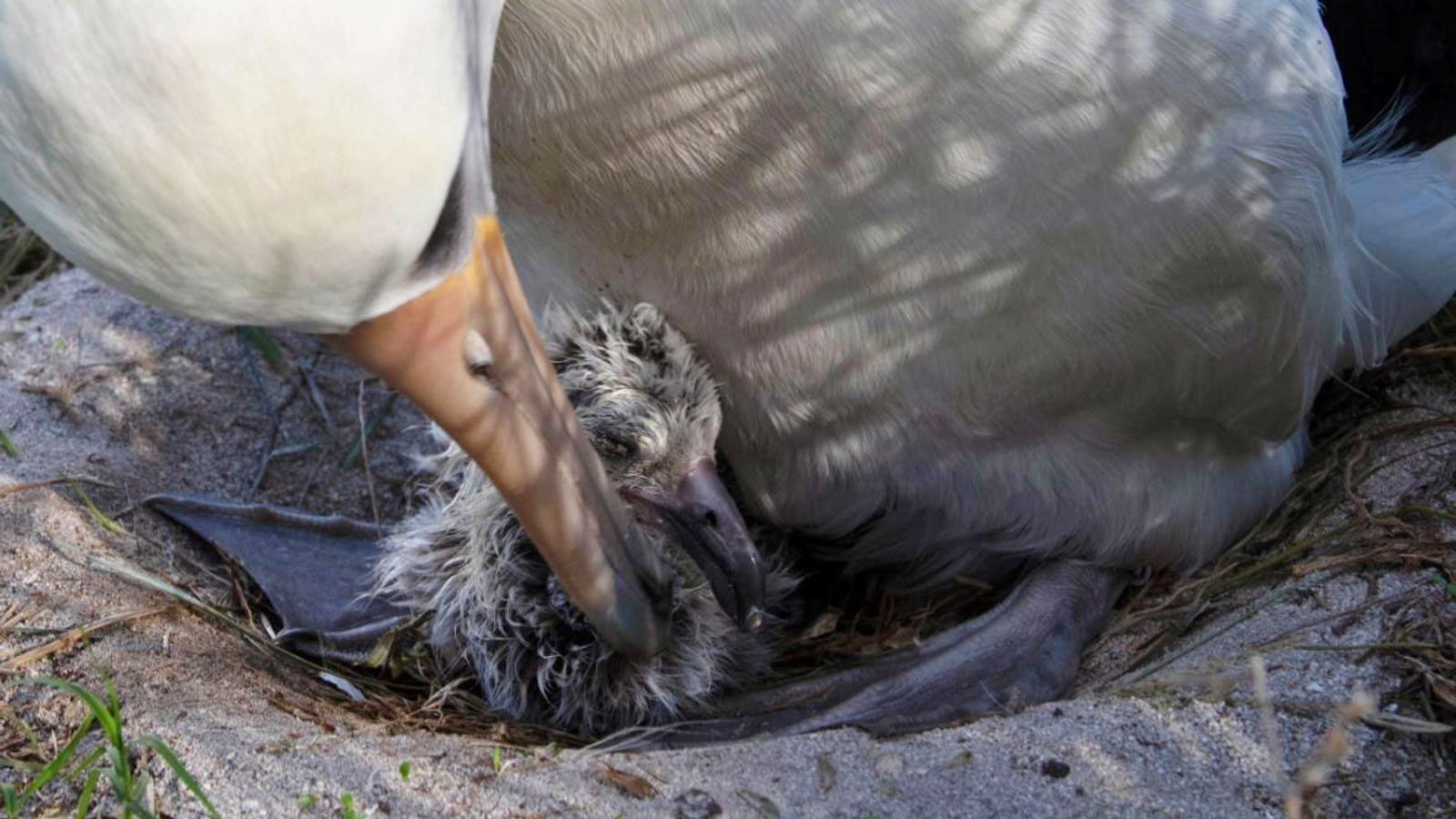 Wisdom was ringed by experts in 1956, outliving the person that classified her all those years ago, according to the US Fish and Wildlife Service. "At least 70-years-old, we believe Wisdom has had other mates," said USFWS biologist Dr Beth Flint. "Although albatross mate for life, they may find new partners if necessary, for example if they outlive their first mate."

Wisdom's current mate is a male albatross called Akeakami, who she has been breeding with since 2012.

Biologists on the Pacific islands believe she has hatched 30 to 36 chicks throughout her life. Albatross only hatch eggs every few years – and just one each time.

Midway Atoll National Wildlife Refuge is situated off the coast of Hawaii and hosts the largest colony of albatrosses in the world, with up to 450,000 pairs of Laysan Albatross breeding there.