Finnish ornithologists have reported that the oldest known Arctic Skua has been seen again on nesting grounds this summer and has successfully raised a single chick to fledging.

The female skua, which is fitted with a yellow ring with the code 'CN0', is now known to be more than 35 years old. 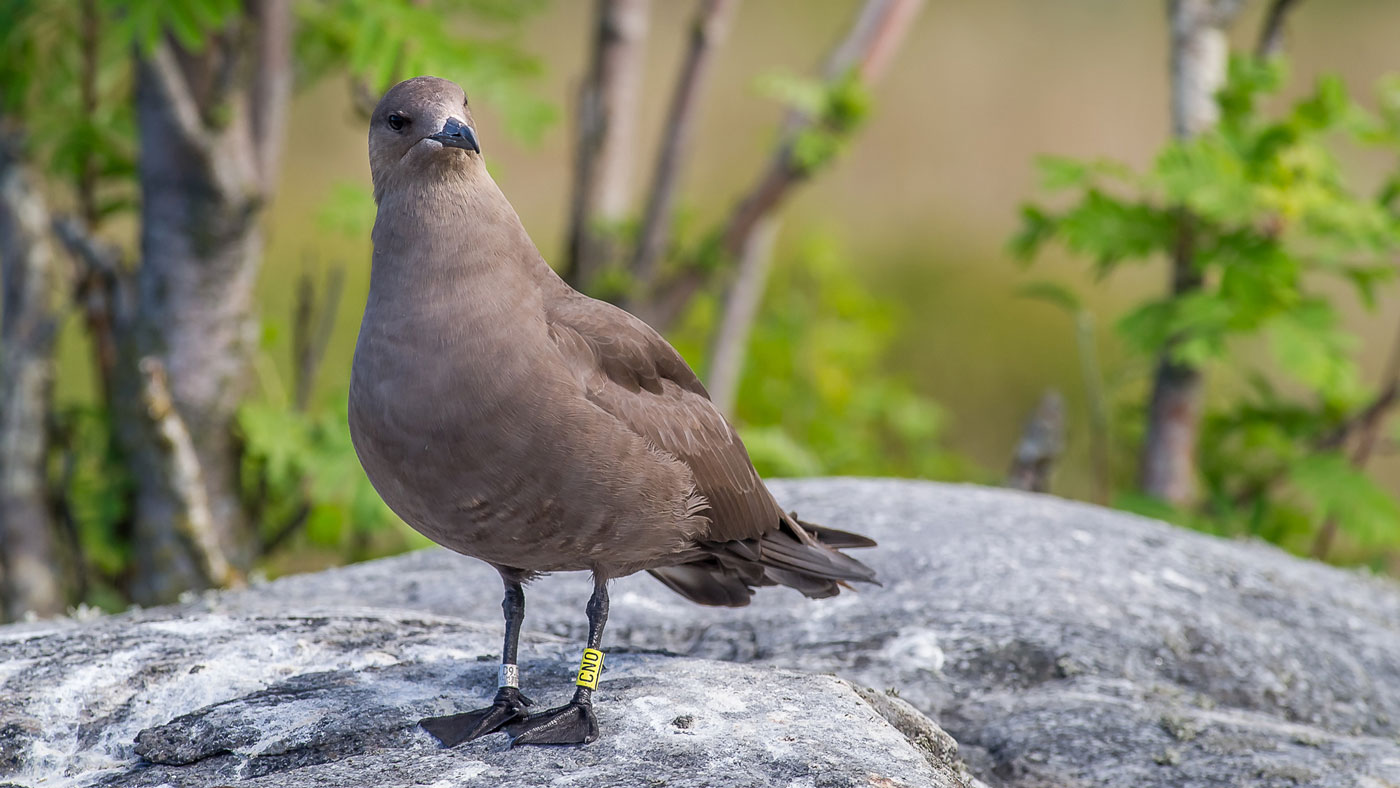 Elina Mäntylä wrote on the From Plants to Birds blog: "On 14 June 2022 Kimmo Nuotio and Matti Sillanpää of our skua group visited the island. They saw CN0 and found a nestling which was then five days old. The nestling was ringed with both a metal ring and a yellow-black colour ring C7C. In 2021 CN0 did not breed at all.

"Kimmo and Matti visited the island again on 20 July 2022. They were happy to see both CN0 and its chick C7C now flying. We wish both the parents and fledgling a successful migration!

"With this latest sighting CN0 broke another record. It has now the carried a ring the longest time of any bird species ringed in Finland. The previous record (34 years, 11 months and 12 days) was held by Guillemot."

More of CN0's life history can be read here.