A once-massive King Penguin colony in the southern Indian Ocean has declined by as much as 90 per cent, according to researchers.

Known since the 1960s, the King Penguin colony on Île aux Cochons, in the southern Indian Ocean, previously had the distinction of being the world's biggest colony of its species – and the second biggest colony of all penguins. However, due to its isolation and inaccessibility, no new estimates of its size were made for over 30 years.

A team from the Chizé Centre for Biological Studies (CNRS) used high-resolution satellite images to measure changes in the size of the colony since the island was last visited by a crew of scientists in 1982. At the time, the colony included 500,000 breeding pairs and consisted of over two million individual penguins. To calculate the area occupied by the colony at different times between 1960 and present, the researchers studied changes in its contours over the years. They found that the colony has shrunk, yielding its territory to encroaching vegetation. Photographs taken from a helicopter during the Antarctic Circumpolar Expedition confirm that the colony's penguin population has plummeted. 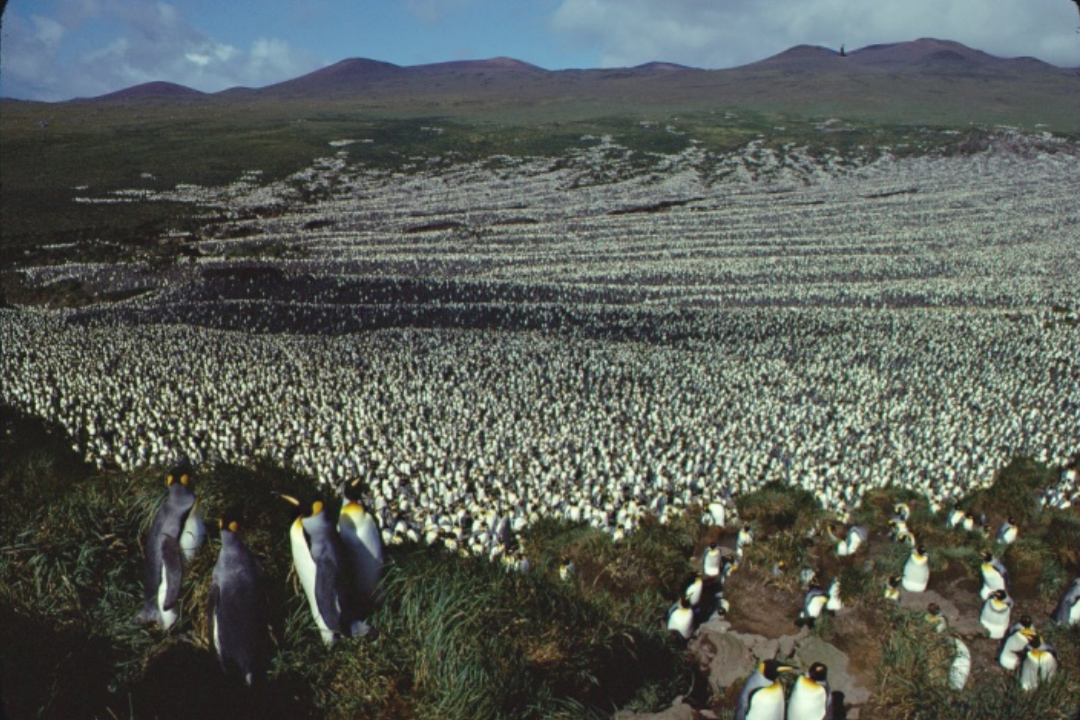 A scan of a slide taken at the Île aux Cochons King Penguin colony in 1982 (Henry Weimerskirch).

Data show that the decline began in the late 1990s, coinciding with a major climatic event in the Southern Ocean related to El Niño. This event temporarily affected the foraging capacities of another colony 100 km from Île aux Cochons, causing it to dwindle. The same process may be responsible for the fate of the Île aux Cochons colony. Its size may also subject it to density-dependent effects: the larger the population, the fiercer the competition between individuals, slowing the growth of all members of the group. The repercussions of lack of food are thus amplified and can trigger an unprecedented rapid and drastic drop in numbers, especially following a climatic event like the one at the end of the 1990s.

Disease is another possible cause. Avian cholera is currently ravaging populations of seabirds on other islands in the Indian Ocean, like the albatrosses of Amsterdam Island and the penguins of Marion Island.

Still, none of these possibilities seems to offer a satisfactory explanation for a decline of the magnitude observed on Île aux Cochons. Field studies led by CNRS researchers, with support from the French Polar Institute (IPEV), and in close partnership with TAAF nature reserve staff, will be commencing soon to verify initial conclusions drawn from the satellite images. 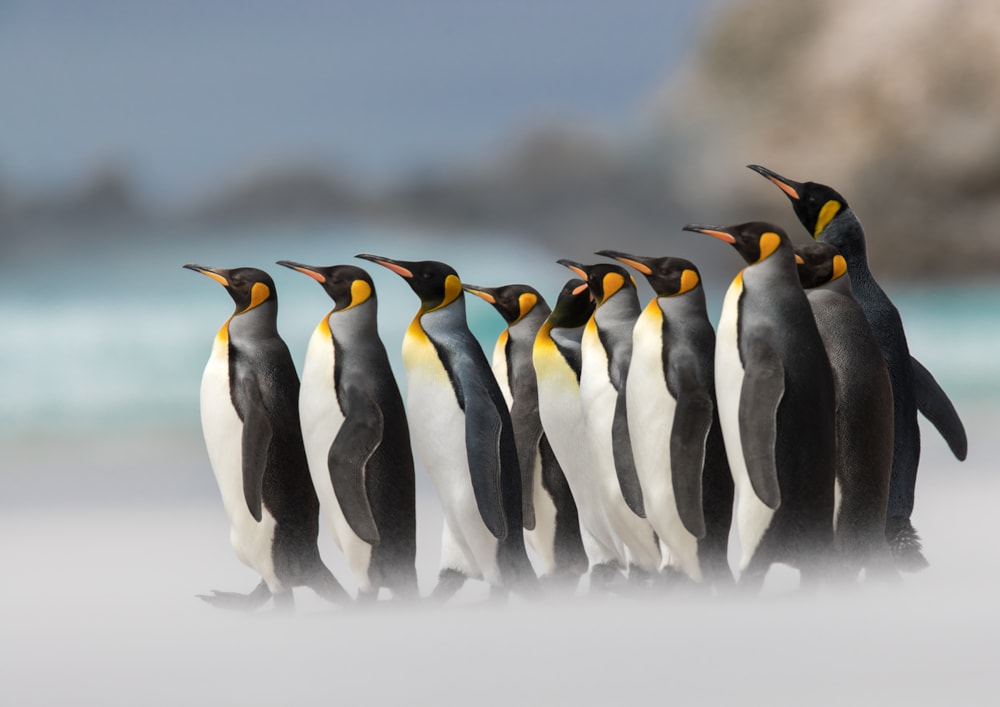