February 2 is the annual World Wetlands Day, which marks the date of the adoption of the Ramsar Convention on Wetlands by encouraging people to get outdoors and enjoy their nearest watery habitat.

The Convention on Wetlands was instituted on 2 February 1971 in the Iranian city of Ramsar on the shores of the Caspian Sea. Each year since 1997, the Ramsar Secretariat has provided materials to help raise public awareness about the importance and value of wetlands.

Events will take place on every continent except Antarctica, including photo contests, guided walks and presentations including at least 380 in Britain and Ireland, and many hundred more aroun the world. You can find out what's going on near you to help you join in the event by visiting the World Wetlands Day website. 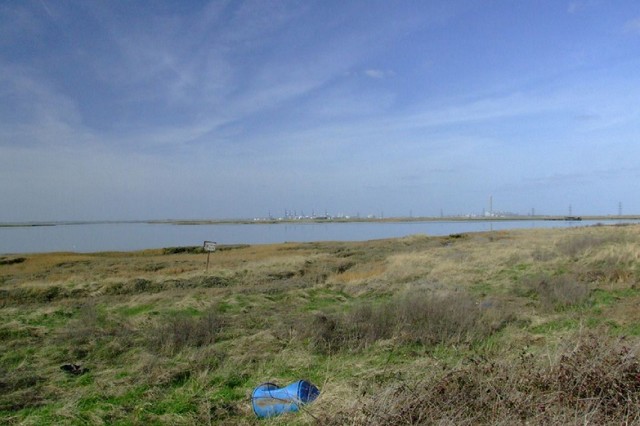 Medway Estuary is one of many Ramsar sites in Britain, and home to thousands of wintering waders and wildfowl ( Photo: Clem Rutter/wiki commons)

The Convention on Wetlands is popularly abbreviated as the Ramsar Convention and is an international treaty to conserve the world's most important wetlands and manage them sustainably. It recognises the economic and cultural importance of these prolific habitats, as well as their ecological necessity.

With its corporate sponsors, the day is dedicated to supporting this sustainability by drawing the public's attention the plight of wetlands and the humans and wildlife which depend on them. Several businesses dependent on a free-flowing supply of water also fun the habitats' maintenance, flying environmental field workers, scientists and educators across the global Ramsar network to further knowledge, skills and understanding of major environmental issues and initiatives, and to help conserve some of these unique habitats.

Star Alliance has partnered with UNESCO-Man and the Biosphere, Ramsar Convention on Wetlands and IUCN, the International Union for Conservation of Nature, and have sponsored the prize for the Wetlands youth photo contest, a chance to win a free flight to a famous wetland.

Livelihoods from fishing, rice farming, travel, tourism, and water provision all depend on wetlands, and they host a huge variety of life, protect our coastlines, provide natural sponges against river flooding and store carbon dioxide to regulate climate change. Unfortunately, they are often viewed as wasteland and more than 64 per cent of our wetlands have disappeared since 1900. Enabling people to make a decent living and at the same time ensuring that wetlands can still provide their essential benefits do not have to be conflicting goals, says the Wildfowl and Wetlands Trust.