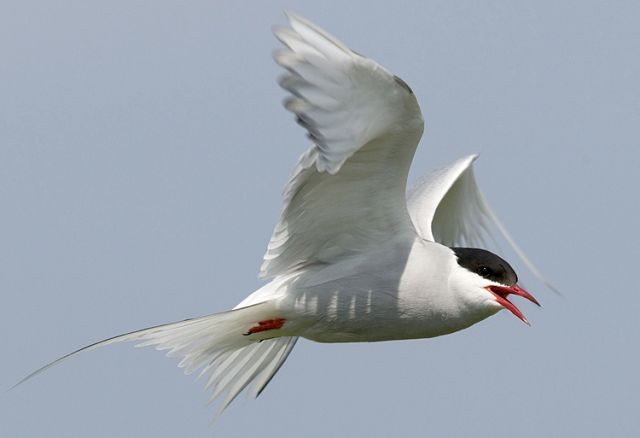 This weekend (12th–13th May) sees the launch of World Migratory Bird Day 2007 (WMBD 2007) — a global celebration of migratory birds, aiming to raise awareness of their plight and promoting conservation worldwide.

The first World Migratory Bird Day took place last year and incorporated 68 activities in 46 countries and territories around the world, many of them BirdLife Partners. This year, the organisers are hoping for even more involvement and are calling for further people to register their WMBD events on the World Migratory Bird Day website. The goal of WMBD 2007 is to focus international attention toward the plight of migratory birds and to highlight the issues responsible for their global declines.

Migratory birds face a multitude of threats during migration. Human alteration of their wintering habitats is a crucial factor; forests are being converted to plantations, savannahs are affected by desertification, wetlands are drained, converted to agriculture or heavily used by tourists. In many countries, millions of migrants may also be trapped and shot every year. Migratory birds may suffer further from hazardous weather, lack of food or water, or predators.

The theme for WMBD 2007 — 'Migratory birds in a changing climate' — highlights the additional impact of climate change on migratory birds and also accentuates the need for focus on global conservation efforts.

"There is overwhelming evidence that our planet's climate is changing, disrupting vital ecosystems and the key services they provide for us all. For migratory birds, all of which are dependent on a multitude of habitats, climate change is of immense concern." said Dr Mike Rands, Chief Executive of BirdLife International. "Facing these concerns is an issue for all countries and territories. As a result, the global BirdLife Partnership is delighted to be part of World Migratory Bird Day 2007 — and we encourage as many people as possible to take part."