The largest-ever attempt to rediscover a possibly extinct species will be mounted this winter, with teams of skilled volunteer observers scouring more than 35 countries around the Mediterranean, Middle East and the Indian subcontinent in the hope of confirming the continued existence of the Slender-billed Curlew. Some observers from Britain will be making the trek over Christmas to assist with the search in some of these countries. 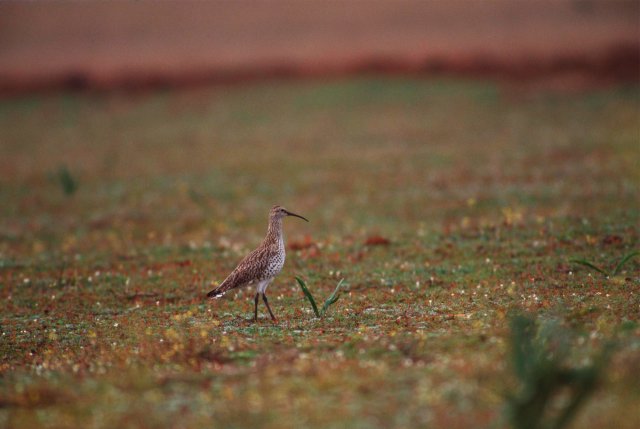 Slender-billed Curlews used to be abundant in winter around the Mediterranean 150 years ago, but are one of 47 'lost' bird species that may possibly have become globally extinct. Habitat loss and overhunting are likely to be key causes of the Slender-billed Curlew's decline. However, neither conservationists nor birdwatchers are giving up yet, while there is still a chance that the bird can be found and saved.

The RSPB's Nicola Crockford is the chair of the Slender-billed Curlew Working Group. Commenting on the quest, she said: "The allure of this bird is such that, thanks to the goodwill and voluntary assistance of many people on a shoestring budget, we have managed to achieve the seemingly impossible: coverage in virtually every country of the Mediterranean and the Middle East. The race is well and truly on to prove the continued existence of this mystical species. Whoever finds the bird will have earn their place in ornithological history. No record of the bird has been verified since 2001, but the rediscovery of other 'lost' species gives us continued hope that this bird continues to exist. We're not prepared to write the death certificate without checking for a pulse one last time!"

The Slender-billed Curlew is the most enigmatic of Europe's birds, and it used to winter in large flocks around the Mediterranean. Only one nest location has ever been discovered, in southwestern Siberia in the early 1900s. The last known wintering site was in Morocco, where the birds have not been seen since 1995. In the event of a Slender-billed Curlew being located, a rapid-reaction team will be deployed to catch the bird and fit it with a satellite tag in the hope that it can be tracked back to its breeding grounds next spring.

The African–Eurasian Waterbird Agreement is a United Nations Environment Programme (UNEP) backed international treaty dedicated to the conservation of migratory waterbirds across Africa and Eurasia. Thanks to the AEWA treaty four satellite tags are ready for use. The Slender-billed Curlew is one of the four most threatened (Critically Endangered) species listed under AEWA and has the smallest population estimate amongst them, with no confirmed records since 2001. 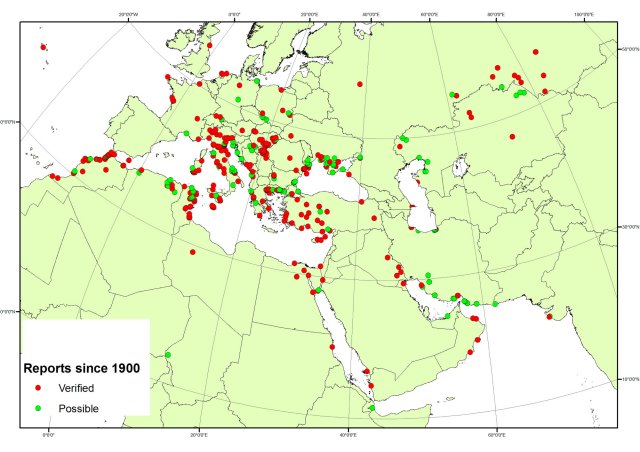 Nicola Crockford added: "Although, there haven't been any confirmed sightings in the last eight years, there are plenty of reasons to remain optimistic, especially because the bird can be difficult to identify and tends to occur in areas away from principal wetland birdwatching sites. Additionally, the bird may occur in countries, such as Iraq, posing access problems for birdwatchers. The ultimate Christmas present for everyone involved with this mysterious bird will be to find one that we can track back to the breeding grounds, where more may exist and from where we can start a species recovery programme. If our dreams come true, then we may be able to save this bird, and prevent the first extinction of a European bird since the disappearance of the Canary Islands Oystercatcher three decades ago."

The search for the presence of the Slender-billed Curlew will be taking place this winter in the following countries:

The British Birdwatching Fair, through BirdLife International's Preventing Extinction Programme, has donated £10,000 to cover travel expenses for more than ten search teams including one international expedition to Morocco, one to Tunisia, four to Egypt, one to Syria and four national search teams in Algeria. In addition, the Swedish BirdLife Partner, SOF, is funding an international search team to Sudan. The RSPB/Birdfair Small Research Grants Programme is also helping fund the searches in Egypt and Iran. However, many of the searches are self-funded.

The framework of the search is provided by the International Waterbird Census of Wetlands International. Where possible, international searchers are joining regular midwinter waterbird-counting teams. Furthermore, in spring there will be a coordinated spring survey of the Adriatic and beyond. Then in autumn, if funds can be raised, there will be search expeditions to potential moult sites around the Aral, Caspian and Black Seas. Additionally, there will be search coverage of Hungary's Pannonian plain and Serbia.

Birdwatchers are urged to keep an eye out for the bird in suitable habitats within the potential range and to report any possible sightings, including historical ones. To assist the search, an identification leaflet has been produced in twelve languages.

A new tool to assist the launch has been created by the British Trust for Ornithology to help lure the birds: a recording of a flock of Slender-billed Curlews, synthesized from the only known recording of the species, the call of an individual bird at the Moroccan wintering location.