An energy company in California is teaming up with federal wildlife officials and Oregon Zoo in an innovative project to ease the plight of California Condor.

The Critically Endangered species is threatened by large wind turbines in the Tehachapi mountains north-east of Los Angeles. Avangrid Renewables, which operates 126 turbines as part of its Manzana wind power project, will finance the breeding of birds in captivity to replace any that might be killed by the 252-ft diameter turbine blades. 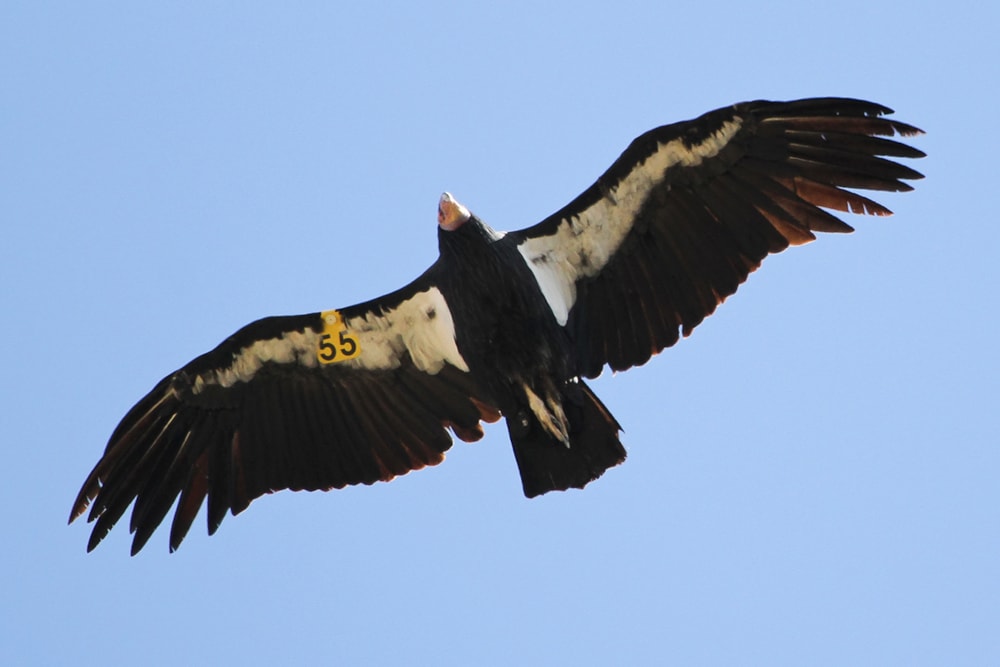 Avangrid Renewables will finance the breeding of California Condors in captivity to replace any that might be killed by their wind turbine blades (Alexander Viduetsky).

The company will be "working with a captive breeding facility to fund the breeding of additional condors for release into the wild", according to a statement by Scott Sobiech, field supervisor for the US Fish and Wildlife (FWS) service's Carlsbad and Palm Springs office and reported by the Los Angeles Times.

California Condor, North America's largest flying landbird, was brought back from the edge of extinction four decades ago to a current population of about 518 birds in the wild. There is no record of any condors having been killed at the Manzana plant, which opened in 2012. But the breeding initiative reflects the increasing threat to the species.

Some 100 California Condors currently inhabit the region in Kern county where the turbines are located, all the product of a captive breeding programme established by the FWS in 1987, when barely two dozen condors remained. The proposed Avangrid mitigation project anticipates incidental fatal injuries of up to two free-flying adult condors and the loss of their two chicks or two eggs over 30 years, the Los Angeles Times reported.

The company will pay $527,000 over three years to produce six condors at the Oregon Zoo's Jonsson Center for Wildlife Conservation, one of four facilities that breed condors. The Avangrid Foundation has previously funded the purchase of freezers and other equipment at the venue.