A wildlife hospital is Surrey has urged people not to use "disgraceful" glue traps after a House Sparrow was caught in one.

The female sparrow was brought to Wildlife Aid in Leatherhead, covered from neck to tail in the sticky substance. It took more than four days for vets to remove the glue and paper and get its feathers clean. 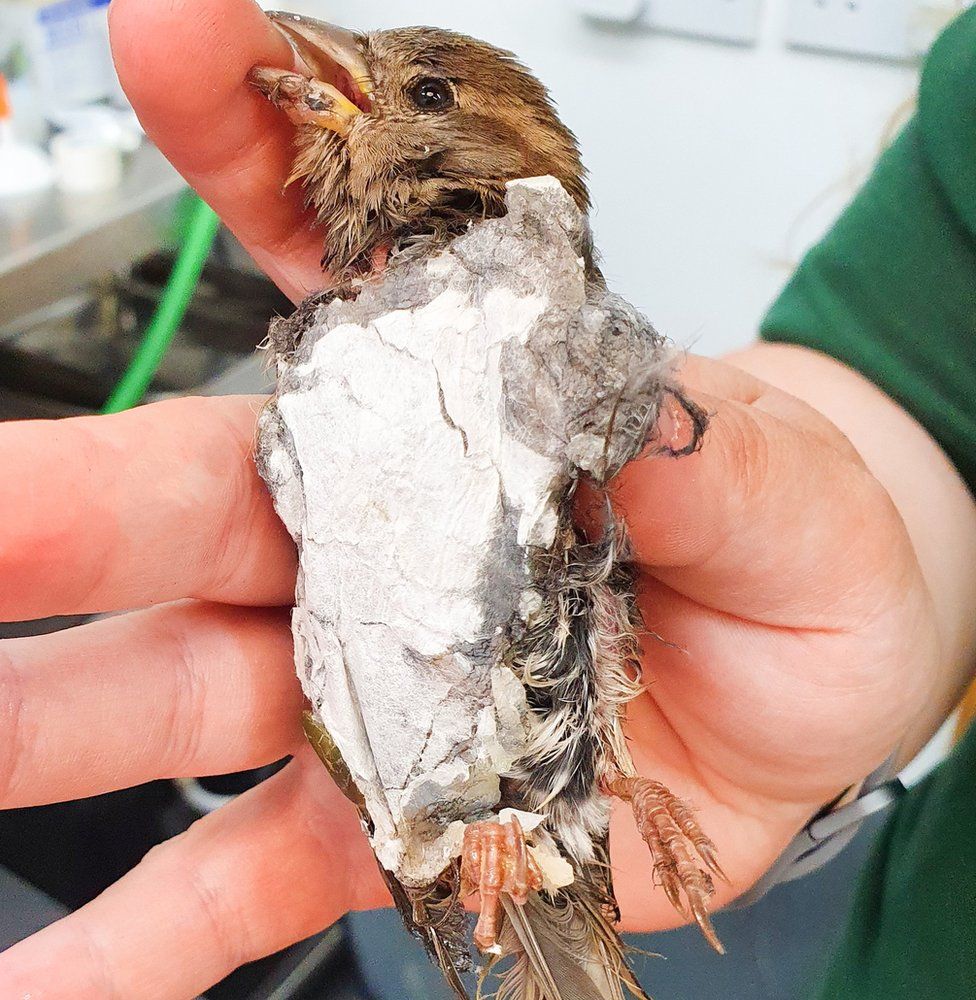 The female House Sparrow would have died after being caught in the sticky trap (Wildlife Aid).

Glue traps, mostly used to catch rodents, are in the process of being banned in England. A spokeswoman from the charity said: "Although the process is well underway to ban glue traps in the UK, we are still seeing numerous animals fall victim to these disgraceful contraptions.

"Amazingly, the sparrow now looks as good as new. Please, never use this sort of trap. Nothing deserves to die in this way."

The sparrow was released last week.

Animal charity Humane Society International has led the campaign to end the public use of the "inhumane, indiscriminate and indefensible" glue boards since 2015. A government-backed Private Members Bill received unanimous support during its third and final reading in the House of Lords in April. The ban will come into effect in England two years after receiving Royal Assent.