A wild male White Stork has paired up with a female from the reintroduction scheme at Knepp Estate and, with five eggs laid, hopes are high that young will be raised this summer.

As well as this pair, a further two couples – both involving released birds – are on nests at the site in West Sussex. The chicks are expected to hatch in mid-May, following the unsuccessful attempt of a young pair last year. Cameras were rigged up beside last year's nest, but the pair constructed a new one instead. Interestingly, the storks have rejected platforms constructed for them, instead building their own nests high up in oak trees. 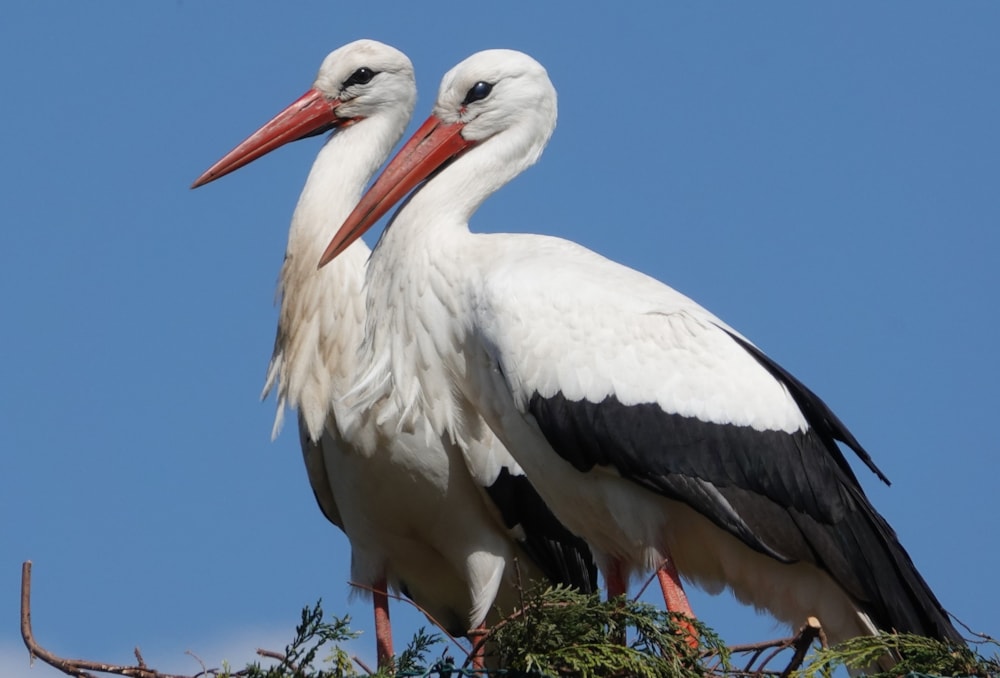 Three White Stork pairs are on nests at Knepp this spring (W Schulenburg).

More than 100 White Storks have been released so far at three locations in West Sussex and Surrey, including Knepp, as part of the scheme. Most are rescued birds from Poland, but 24 of these were birds bred in captivity. Lucy Groves, the White Stork Project Officer for Durrell Wildlife Conservation Trust, one of the partners in the reintroduction scheme, said of the breeding attempt: "The female was just coming up to four years old last spring and was a little bit too young to breed but they obviously know what they are doing this year and were ahead of the game. It's really exciting. It's going to be a fantastic year."

Most of the storks live in fenced, open-top pens at Knepp and other sites, to protect them from predators and try to establish a bond between the birds and their home range. However, last summer 24 storks were released at Knepp and 22 of them migrated south to the Mediterranean and North Africa.

They have yet to return, though the project organisers believe they will return when they are ready to breed in three years – they also expect any birds born this year to migrate south and return in three years. The whereabouts of the other two fully released birds is unclear, though it's thought one perished in Cornwall.

The open-top pens and fact the birds are fully winged means they can roam around, something that has resulted in many reports of ringed storks in south-east England during the last couple of years. It also attracts wild birds – as demonstrated by the breeding male – along with two Black Storks, in 2016 and 2019.