A protected Whooper Swan has been found shot dead in the cliff-top fields between Bempton Cliffs RSPB and Buckton in East Yorkshire.

The bird was collected from the site by RSPCA inspector Geoff Edmond; it had been found by a member of the public on Sunday 29 October. The body was covered in blood and suspected of being shot; this was later confirmed with x-rays.

About 11,000 Whooper Swans visit Britain every winter, and the species is also scarce breeder in Scotland. It is Amber-listed by conservation organisations due to decreases in both the wintering and breeding populations, which means it is fully protected in the UK.

RSPCA inspector and national wildlife officer co-ordinator Geoff Edmond commented: “I feel outraged that this has happened. These birds come predominantly from Iceland from October onwards to spend the winter months here. In other words, this bird is likely to have flown around a thousand miles to suffer this terrible fate. The swan was an adult bird who is likely to have made this journey before, travelling thousands of miles in its life.”

“The bird is covered in pellets; it seems it was blasted at fairly close range,” Edmond continued. “A swan is a large bird that cannot be mistaken for anything else and it’s clear that this swan has been deliberately killed. I am working closely with both Humberside Police and the RSPB on this investigation.”

Anyone with any information about who is responsible or who saw anything is being urged to contact the RSPCA appeal line on 0300 123 8018 and ask to leave a message for inspector Edmond.

Ali Barratt, senior site manager at Bempton RSPB , said: “Whooper swans are magnificent birds. Visitors at Bempton are enjoying spectacular views of them at the moment as they fly in over the sea, having travelled together with their family groups from Iceland. It’s heartbreaking to think that this swan has made this epic journey only to be shot out of the sky here in Yorkshire.

“All swans are protected by law and to kill one is a criminal offence. This was a shocking and senseless act and should not go unpunished. We hope someone – a visitor at the reserve, perhaps – might have seen something and have information.” 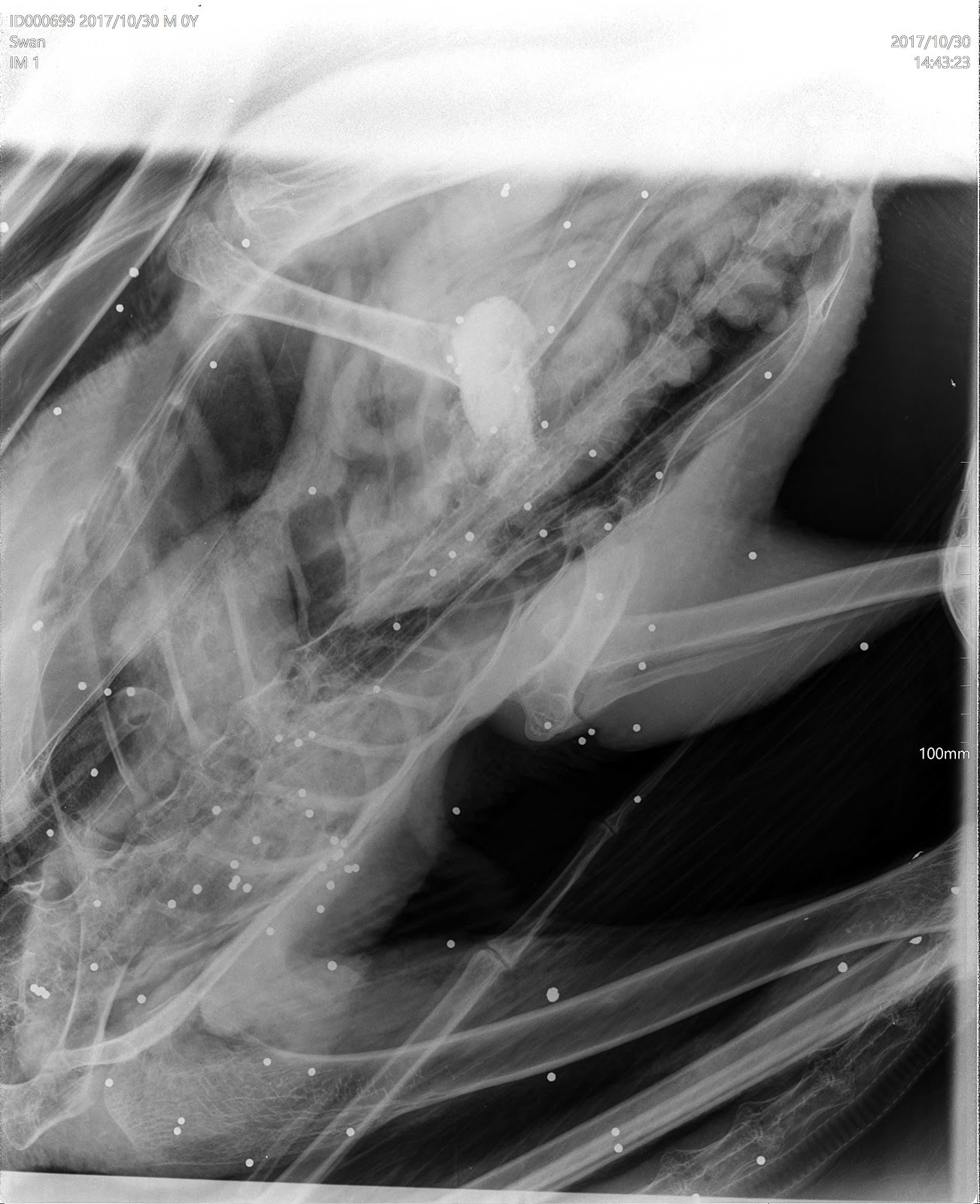 The RSPCA's x-ray showing the large number of shotgun pellets in the Whooper Swan's body (RSPCA).