A new study has revealed the scale of the economic benefits that White-tailed Eagles bring to the Isle of Mull.

The research has shown that between £4.9 million and £8 million of tourist spend is attracted annually by the birds, with up to 160 jobs and at least £2.1 million of local income supported by tourism money.

RSPB Scotland commissioned Progressive Partnership to undertake the study, which was then reviewed by an academic and an economist. During the summer of 2019, 398 face-to-face survey interviews were conducted at five sites across Mull with parties visiting the island, amounting to 1,248 people in total. 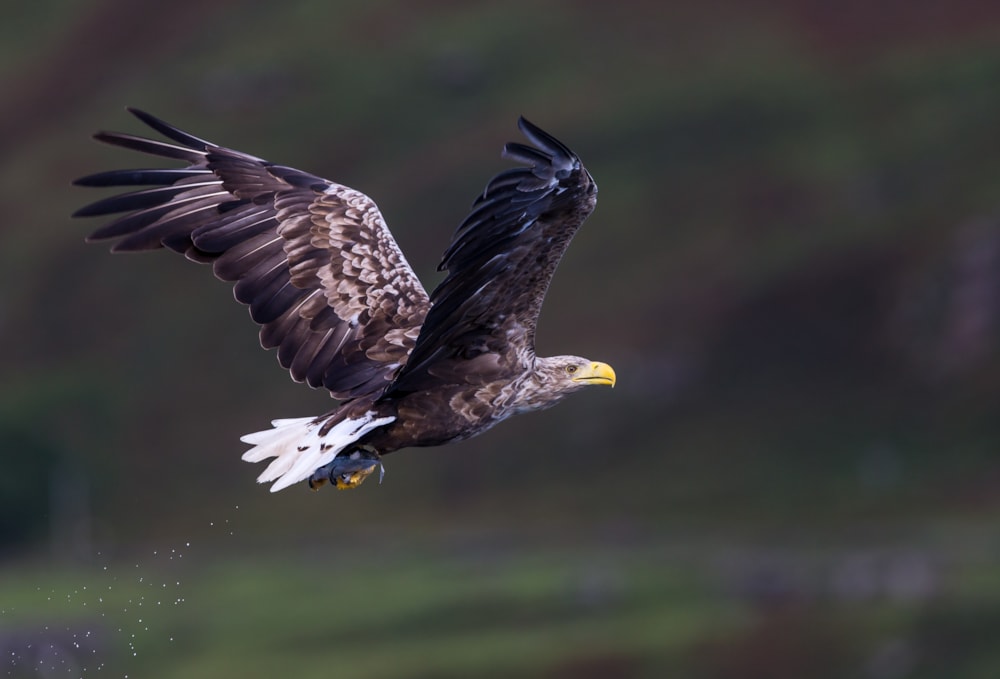 Mull's population of White-tailed Eagle is a major draw for tourists (Michael Taylor).

Information was recorded on holidaymakers and day trippers covering the number of people in the group, the amount of time they were staying, and the amount of money they were likely to spend a day. They were also asked about their motivation for their visit allowing for the importance of White-tailed Eagles as an attraction to be recorded. Those who were local (12.4%) were not asked these questions.

This study is the third to be undertaken on Mull looking into the economic impact White-tailed Eagles have here, following the first in 2005 and the second in 2010. It repeated the same surveys and process as the 2005 and 2010 independent studies allowing a comparison over 14 years of the increasing importance of White-tailed Eagle tourism to Mull's local economy.

Mull is home to 22 pairs of eagles, and in 2019 some 29% of tourists cited them as an important factor for their visit to the island, up from 23% in the 2010 study. Tourism spend inspired by these eagles has also increased since 2010 when it accounted for between £3 million and £5 million annually, which supported between 64 and 108 full time jobs, and between £1.4 million and £2.4 million of local income each year.

Anne McCall, Director of RSPB Scotland, said: "Mull once again holds an important breeding population of White-tailed Eagles, which are an incredible tourism draw for the island. This study makes clear the link between restoring nature and the local income earning opportunities that arise from it.

"However, living with these birds can pose challenges for some and it's important that positive management protects both the birds and the livelihoods they can occasionally affect.

"What the study can't measure is those human benefits less tangible than economic ones such as physical and mental well-being, public education, and cultural resonance. The Scottish population of these birds also provides important indications of how our environment is faring in the nature and climate emergency."