Natural England announced today [Monday 14th June] that it will not continue as lead partner in the current project for the reintroduction of White-tailed Eagles to Suffolk. The decision reflects the need for crucial savings in public funding that must be made in the current climate of financial restraint, and the need to concentrate on existing commitments to biodiversity conservation. 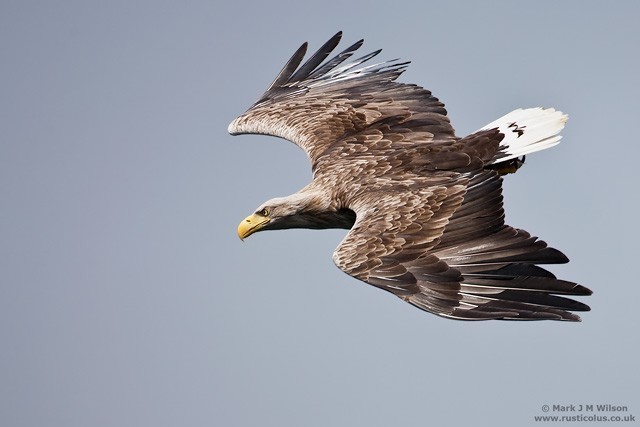 The sea eagle project partnership — to date jointly led by Natural England and the RSPB — has carried out an extensive programme of work to assess the feasibility of reintoducing White-tailed Eagles to Suffolk. The project recently received the final piece of evidence that was commissioned in preparation for a future formal public consultation on the proposed reintroduction.

The report from the Food and Environment Research Agency looked at a variety of circumstances where White-tailed Eagles might conflict with other farming and land-management interests in the potential release area, and suggested means to address any potential conflict. The report recommended a range of measures including the development of an incentive scheme that would offer payments for specific livestock management, such as extra shepherding, planting of woodland and provision of artificial shelters.

Dr Tom Tew, Chief Scientist for Natural England, said "Natural England is keenly aware of the reduced funding that will be available to public bodies over the next few years and we have taken this into account when reviewing the substantial body of evidence gathered by the feasibility study. All the evidence suggests that a reintroduction would have met all the international criteria and would have been successful. However, reintroduction of a large raptor is an expensive and difficult operation. We have taken the decision to withdraw from the project at this stage because we believe it would be inappropriate to commit public funds to an extensive public consultation over a project that we would, in the foreseeable future, be unable to fund."

"Our work to date shows both support and opposition to the project and we have listened to both sides of the debate. Whilst it will be a disappointment to many that we must withdraw at this stage, we did not think it was in the interests of the public, nor the many people involved, to delay this decision, which is inevitable given the future financial situation. We will honour our commitment to publish the work that the project has undertaken thus far and this may inform any reintroduction project that is planned in the future."