A pair of White-tailed Eagles has bred successfully in Deeside for the first time in some 200 years, fledging two chicks.

The pair nested on Mar Estate, one of six estates in the East Cairngorms Moorland Partnership. Although White-tailed Eagles have been in the area for several years, this is their first successful breeding attempt. The pair is one of five territorial pairs in the Cairngorms National Park this year, of which three have fledged young. 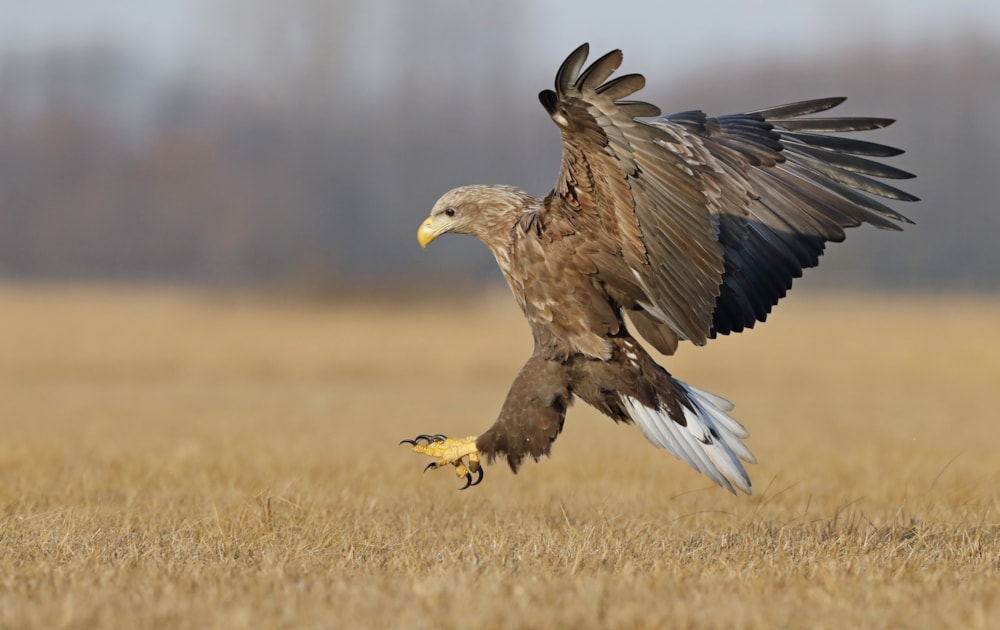 White-tailed Eagles are thought not to have bred in this part of the Cairngorms since the early 1800s. The species became extinct in Scotland in 1918 but, after an absence of almost 60 years, they were reintroduced to the west coast in 1975, using Norwegian birds. Further reintroductions in Wester Ross and then Fife have resulted in the national population gradually expanding to around 130 pairs, with pairs in the National Park tending to be a mix of birds from the east and west.

The pair on Mar Estate is made up of a male released in 2011 as part of the Fife reintroduction and a female believed to be from the west coast. Colonisation of the east of the country has been much slower than expected, due in large part to ongoing raptor persecution in many areas. Mark Nicolson, a proprietor of Mar Estate, said: "We are delighted to have successful breeding of White-tailed Eagles on the estate.

"White-tailed Eagles have been present for several years, mainly providing spectacular aerial battles with our long resident Golden Eagles. Our hopes that they might settle and breed have been realised and we look forward to their return next year. After some local input, we have named the young fledglings Victoria and Albert."

Grant Moir, CEO of the Cairngorms National Park Authority (CNPA), added: "Raptor conservation is a key element of the work of the East Cairngorms Noorland Partnership (ECMP). Around 50 pairs of moorland raptors breed in the ECMP area. We are keen to see more raptors in the area so this news is very welcome."

Shaila Rao, NTS Ecologist for neighbouring Mar Lodge Estate and raptor worker, also commented: "I have been lucky enough to watch these birds nesting all through the season. It is fantastic to have sea-eagles back in the area as part of the raptor assemblage and hopefully they will return in the coming years."