A leucistic Puffin has been photographed on the Scottish island of Handa.

The Scottish Wildlife Trust (SWT) said the bird was first seen on the island in mid-June by seabird fieldworker Dora Hamilton. It has only a few black feathers and its bill is largely orange. 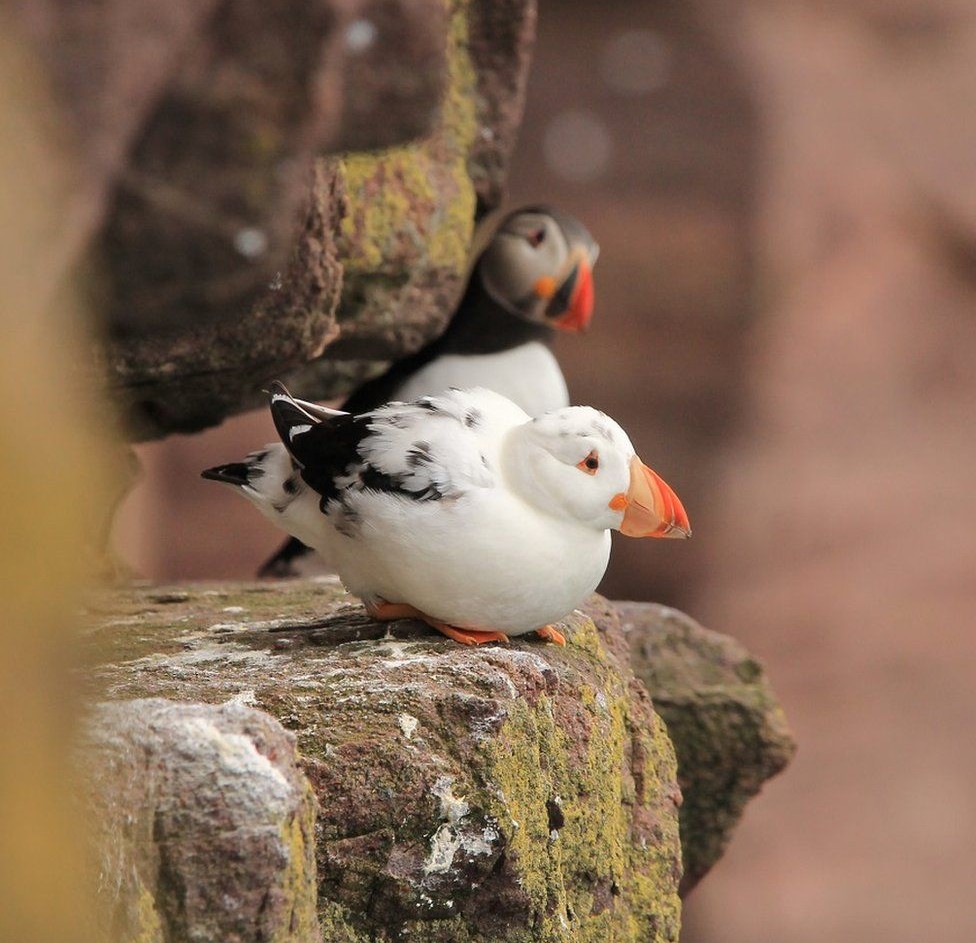 SWT suggested the bird's lack of pigmentation was caused by a genetic condition called leucism. Handa wildlife ranger Erika Faggiani said: "When you live and work on Handa you are surrounded by amazing wildlife all the time, but this leucistic Puffin is one of the most unusual things I've seen in my three seasons on the island.

"This is a very rare sighting. There are only a small number of reports of leucism at seabird colonies around the UK, including one Puffin which bred on Handa in 2018 and 2019 which had light brown feathers instead of black."