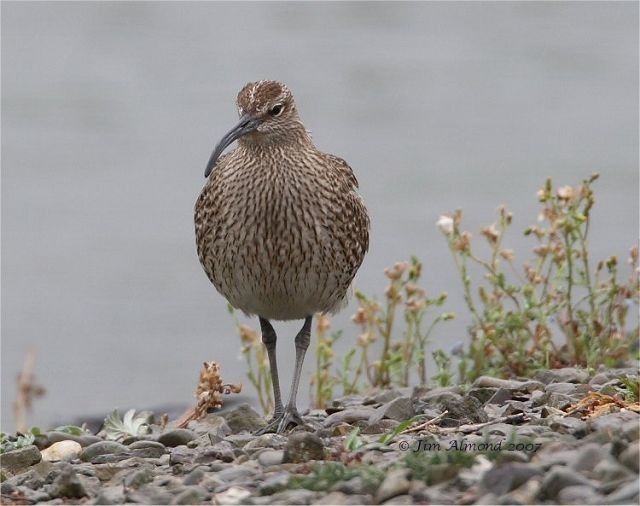 Whimbrel: If you encounter any Whimbrel during the next few weeks then look carefully at their legs to see if any are colour-ringed (photo: Jim Almond).

Regular visitors to www.birdguides.com may recall the exciting on-going research which is taking place in the Lower Derwent Valley NNR, North Yorkshire to determine the ecology, conservation requirements and destinations of the Whimbrels that use this important spring staging site.

Previous articles archived in the BirdGuides webzine noted that between mid-April and early May Whimbrels are found dispersed over the pastures in the Lower Derwent Valley where they feed until dusk. As night approaches the birds move to the communal roost site at Wheldrake Ings. Since 1987 the numbers of birds arriving at the roost have been regularly counted. A more intensive research programme began in 2003 and to date 39 Whimbrels have been caught and colour-ringed.

Although the colour-ringed birds have not been reported away from the Valley, many have returned to the area in subsequent years. The most amazing return data comes from 'EL45775', which was caught on 2nd May 2005 and remained in the area for a week. This bird appeared at the roost on 2nd May 2006 and again on 2nd May this year!

The colour-ringed birds will now be on the reverse migration from the breeding grounds in Iceland and Scandinavia to West Africa and some of them may pass through the UK. We would like to encourage birders to check the legs of any Whimbrel during the next few weeks and if colour rings are encountered report the findings to studygroup@whimbrel.info. 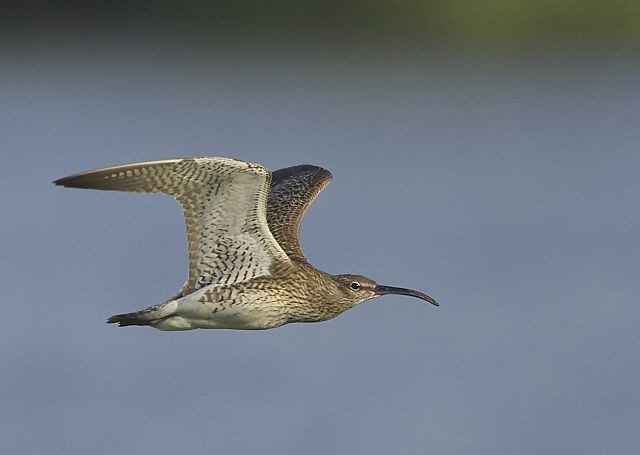 Satellite-tagging provides a more efficient, and precise, way of discovering the routes taken by migrating birds. On 2nd May 2005 a Whimbrel, initially named 'Wally', was caught at the roost site and fitted with a small satellite transmitter. Wally left the Lower Derwent Valley NNR on 12th May 2005 and rapidly moved to Iceland. She - the results of later DNA work showed that Wally was female - may have bred on the Icelandic lowlands near Kopasker before moving west to an area near Laugarbakki. Wally left Iceland on 1st August 2005 and staged in Brittany from the 5th to the 8th August. By the 18th August she was off the coast of Morocco and moved through Mauritania (22nd August) and Senegal (26th August) before arriving at the wintering grounds in Guinea on the 30th August 2005.

During this year's spring passage, which is the final one for the research project, additional birds were fitted with satellite transmitters. One of the tagged Whimbrels, named 'Wallace' by local schoolchildren; also made the northward journey to the breeding grounds in Iceland. Wallace has now left Iceland and is moving through the coastal regions of West Africa.

The continuing movements of 'Wallace' can be followed at www.whimbrel.info, which also contains further data about Wally's movements and the research work.