Innovative new research has revealed the impact of human persecution and habitat destruction on Britain and Ireland's native eagle species over a period of 1,500 years. The study, published in the journal Bird Study, indicates that both White-tailed and Golden Eagles were once found across large tracts of lowland and upland Britain and Ireland but populations plummeted as a result of human activity. Using a combination of placename analysis, historic records and modern knowledge of the species' ecology, researchers were able to estimate the former range and population of both eagles between 500 AD and the present day. The resulting maps paint a sad picture of decline: Golden Eagle numbers dropped by two thirds from 1000–1500 pairs in 500AD to 300–500 in 1800, while 80–90% of White-tailed Eagles were lost over the same period. Continued killing by humans eventually led to the extinction of the White-tailed Eagle in the early years of the 20th century, while Golden Eagles still struggle in some parts of their range as a result of illegal killing. 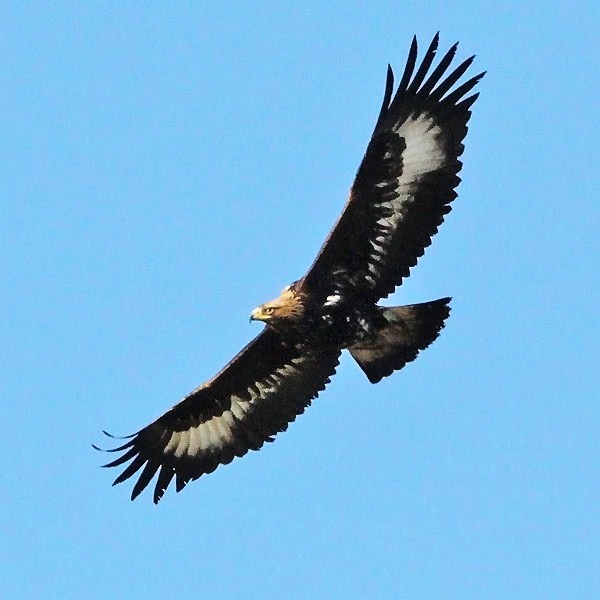 Richard Evans of RSPB Scotland, lead author of the study, said: "The results of this study are striking, as they provide compelling evidence that eagles were widespread throughout most of Britain and Ireland in the Dark Ages. Between 500 and 1800 we see massive loss of eagle range in the south, which is consistent with the effects of habitat loss and killing by humans rather than the influence of climate change on habitat, or competitive exclusion, as some have suggested. This trend continued in the years up to the First World War, until the only eagles left in all of Britain and Ireland were Golden Eagles in the highest hills and deer forests of Scotland. Recovery of Golden Eagles since this low point has now stalled, while limited recovery of White-tailed Eagles has only been possible by reintroduction. Although the reintroduced White-tailed Eagle population is healthy, at present they occupy only a fraction of their former range."

RSPB Scotland Head of Species and Land Management Duncan Orr-Ewing said: "Reintroduction and other conservation efforts supported by many land managers are now attempting to restore our native eagle species across their former range. The results of this study will help to inform current and future eagle recovery programmes in the UK by improving our understanding of where these species should naturally occur in our landscapes."

Commenting on the study, Environment Minister Stewart Stevenson said: "This informative study tells us much about the former distribution of eagles across Scotland. Birds of prey are an important part of Scotland's biodiversity and our eagles are hugely popular with locals and visitors alike. The recent marked increase in sea eagles demonstrates how conservation and management efforts are beginning to make a real difference for these beautiful and iconic birds. The Scottish Government is also committed to working with our partners to tackle eagle persecution, with 2011 figures showing a welcome reduction in poisoning incidents for birds of prey."