Western Marsh Harriers have bred in the Republic of Ireland for the first time in more than a century, the Irish Raptor Study Group has announced.

Two pairs of the species nested this summer in Cos Galway and Westmeath, with two young successfully fledging from each site. The last known breeding record of the harrier in Ireland was in 1917. 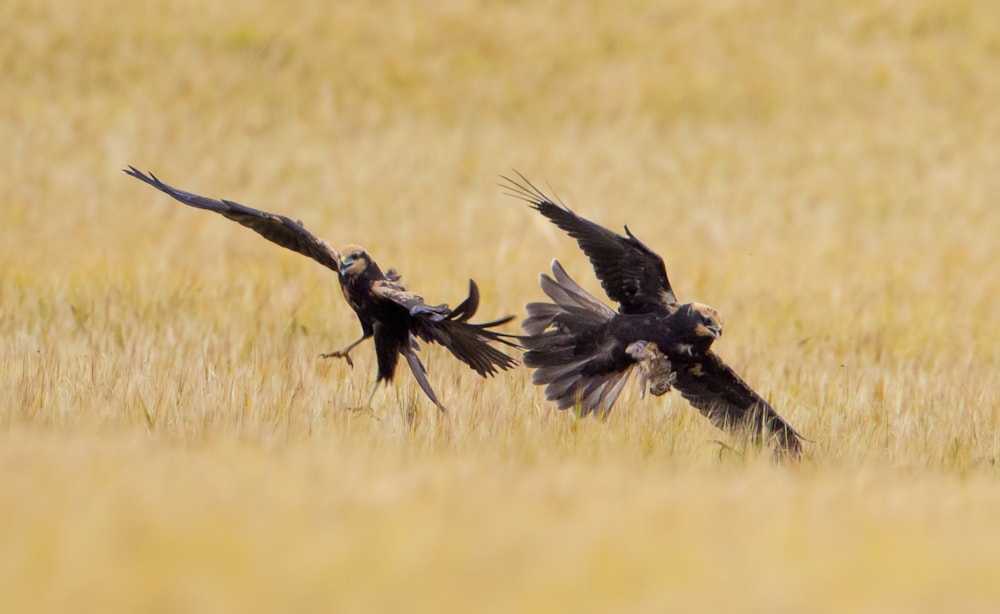 Approximately 80% of the original extent of fens – key habitat for Western Marsh Harrier – in the Republic of Ireland has been lost to drainage for peat extraction and reclamation for agricultural land. The cumulative impact of wetland loss due to the Arterial Drainage Act 1945 and the preparatory drainage across bogs in Galway and Roscommon for energy production by Bord na Mona from 1946 limited any real prospect of the species returning in Ireland.

However, the last 20 years has seen the recovery of the breeding population of Western Marsh Harrier along the east and south-eastern coastal band of England to more than 430 breeding pairs. The steady population recovery elsewhere in Europe, especially in The Netherlands, has almost certainly assisted the current increase in England, with an overspill of individuals into Ireland.

Despite this, the scale of habitat loss in Ireland may make recolonisation of breeding Western Marsh Harrier a very slow process, says the Irish Raptor Study Group, which is a voluntary non-profit organisation that carries out survey, monitoring and research on birds of prey in the country.