The Welsh Ornithological Society (WOS) has expressed concern at the Welsh Government's decision not to ban the hunting of Greenland White-fronted Geese. Wales is now the only area within the species' regular wintering range where it is not protected. Numbers of the geese increased following shooting bans elsewhere in Europe, but have declined rapidly over the last few years. The exact reason for this decline is unclear, but the scientific evidence has shown that the species is extremely vulnerable to hunting pressure.

In a consultation earlier this year, WOS set out why Greenland White-fronted Geese should be protected. While WOS acknowledges that long-running voluntary bans on shooting are in place at some wetlands, such as the Dyfi estuary — the species' main wintering area in Wales — it believes that nothing less than a statutory ban on shooting will ensure its protection. The Society is concerned that any voluntary ban could be lifted at any time and that the voluntary approach does not cover all the sites where these declining geese could spend the winter. 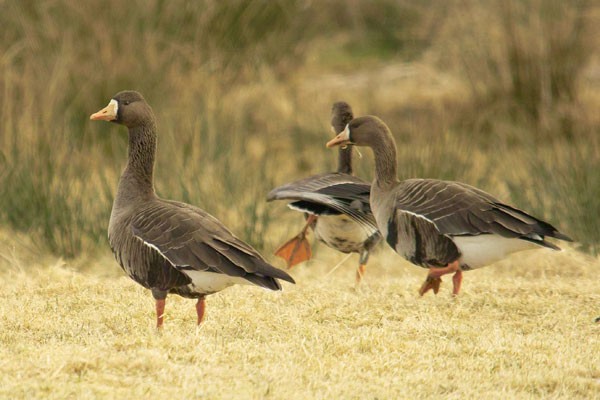 WOS President, Iolo Williams, said: "There is a very strong scientific case to ban hunting of Greenland White-fronted Geese. Studies on their wintering grounds at Wexford Slobs in Ireland clearly showed that the geese are extremely sensitive to hunting mortality."

Much of our knowledge of the rare Greenland race of White-fronted Geese comes from studies initiated at Aberystwyth University in the 1980s, which grew into an impressive international research programme. The results of this research persuaded all other countries in the birds' range to ban hunting. The scientific evidence clearly demonstrated that the steep annual decline in population size through the early 2000s was arrested to a large extent following the cessation of hunting in Iceland in 2006.

Iolo Williams added: "I am ashamed that Wales remains the only country where you are allowed to kill this declining species. The Welsh Government is meant to be driven by the principles of sustainable development and continuing to allow the shooting of a rare species is clearly not sustainable".

More information on Greenland White-fronted Geese can be found at http://greenlandwhitefront.org.