Walrus that became tourist attraction in Norway is euthanised

A Walrus that had become a popular attraction at Oslo Fjord has been put down out of concern for the safety of the public, Norwegian officials say.

The Walrus, nicknamed Freya, rose to fame after clambering on to boats to sunbathe, sometimes sinking them.

People refused warnings not to get too close to the 600-kg animal, putting her and themselves at risk. On one occasion, police blocked off a bathing area after the Walrus chased a woman into the water, local media say. 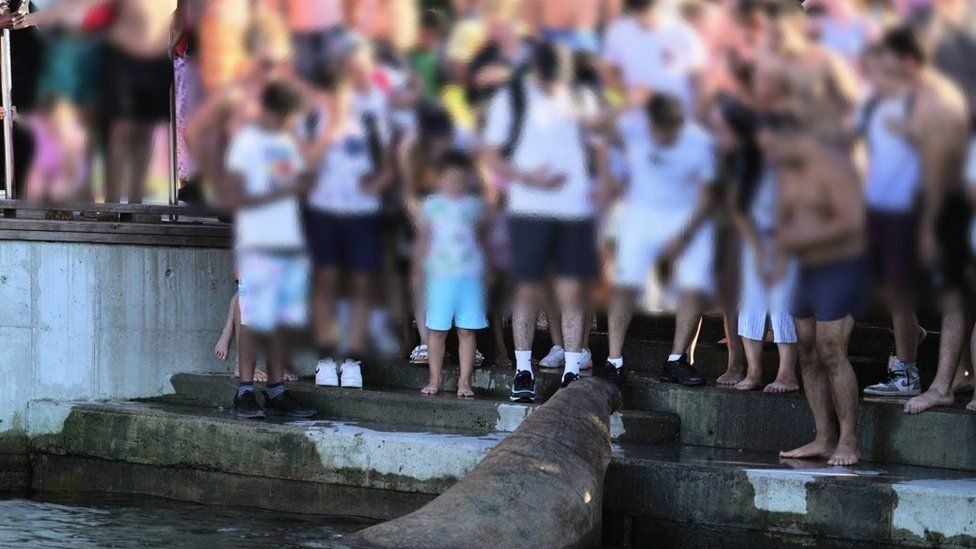 The fisheries ministry released a picture of people gathered very close to the Walrus, with faces blurred to protect privacy (Norwegian Directorate of Fisheries).

Last week, Norway's fisheries ministry issued a photograph of a large group of people, including children, standing within touching distance of the animal. On Sunday, the director general of fisheries, Frank Bakke-Jensen, said the decision to put the animal down had been based "on an overall assessment of the continued threat to human safety".

"Through on-site observations the past week it was made clear that the public has disregarded the current recommendation to keep a clear distance to the walrus. Therefore, the Directorate has concluded, the possibility for potential harm to people was high and animal welfare was not being maintained," Mr Bakke-Jensen said in a statement.

He added that other options had been considered, including moving Freya out of the fjord, but they had been discarded out of concern for the welfare of the Walrus. The operation to euthanise her had been carried out "in a humane fashion", with the body taken for further examination by vets.

Freya had previously been seen in several European countries, including visits to Northumberland in November 2021 and Shetland in December 2021.