'Vultures in Africa and Europe could face extinction within our lifetime'

BirdLife International has announced that vultures have rapidly become one of the most threatened families of birds on the planet. In a bid to stop this important family of birds slipping towards extinction in Europe and Africa, the organisation has launched a global campaign asking for public support to 'Stop Vulture Poisoning Now'.

Following recent catastrophic declines of vultures in Asia that left landscapes littered with carcasses, vultures in Europe and Africa may be set to follow unless we act now. Vultures are important and essential for our health; as Iván Ramírez, Head of Conservation for BirdLife International in Europe and Central Asia, said: "Vultures play a fundamental role that no other birds do: they clean our landscapes."

Yet they are facing new and massive threats across Europe and Africa. A veterinary drug that is lethally toxic to vultures has been discovered to be commercially available in at least two European countries. Used to treat inflammation in livestock, this is the same drug (diclofenac) that has wiped out 99% of vultures in India, Pakistan and Nepal. At the same time, vultures in Africa are facing increasing threats from poisoning (deliberate and accidental), persecution for body parts to be used in traditional medicine, habitat loss, collision with power-lines, and more.

Kariuki Ndanganga, BirdLife Africa's Species Programme Manager, commented: "Three of every four old-world vulture species are already globally threatened with extinction or Near Threatened according the IUCN Red List of Threatened Species. Unless threats are identified and tackled quickly and effectively, vultures in Africa and Europe could face extinction within our lifetime." 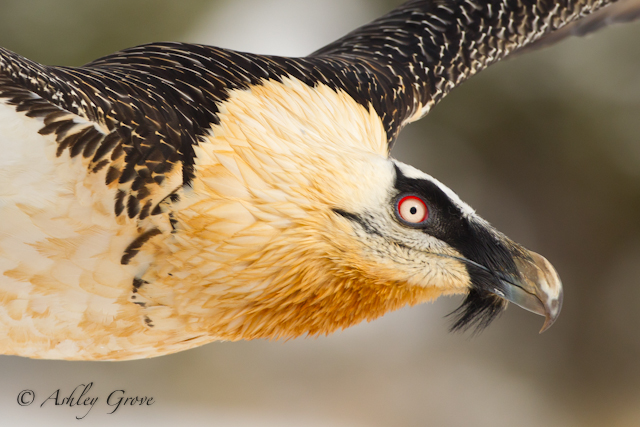 Lammergeier is one of four vulture species at risk from diclofenac in Europe (Photo: Ashley Grove)

The decline of vultures in Asia was shockingly fast — quicker than any other wild bird, including the Dodo. Within a decade — almost overnight in ecological timescales — species such as White-rumped Vulture fell by 99.9% as a result of diclofenac in India alone. "Where a thousand birds once flew, on average only a single bird survived the carnage," added Ramírez.

Despite the tragic experience in Asia and the availability of safe and inexpensive drug alternatives, BirdLife has confirmed that, worryingly, veterinary diclofenac is now commercially available in Spain and Italy (see this article). Both these countries are strongholds for vultures in Europe. 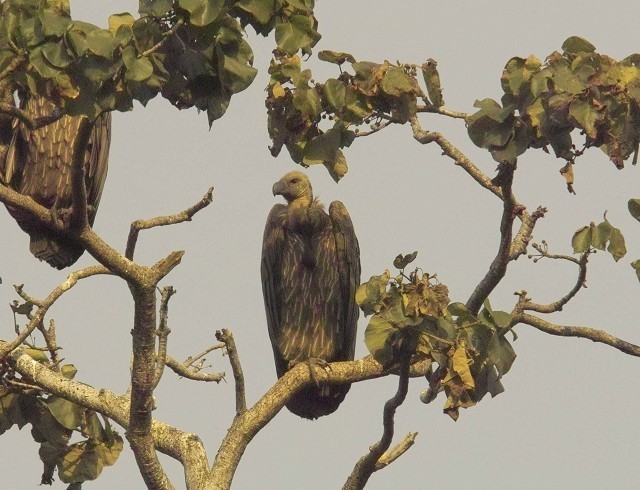 White-rumped Vulture populations in India fell by as much as 99.9% within a decade because of diclofenac (Photo: Derek Moore)

As well as the impending threat of diclofenac, a multitude of other complex threats need to be unravelled further in Africa, and investment needed to tackle them. Vultures have declined in West Africa on average by 95% in three decades alone. Across Africa, seven of the eleven vulture species are now listed as Globally Threatened, with species such as Hooded Vulture recently being up-listed to Endangered in 2011.

As a result, BirdLife International is calling for support towards a 'Stop Vulture Poisoning Now' conservation campaign. With a partnership of over 100 independent organisations worldwide, BirdLife has the power and the ability to save vultures, but we urgently need £20,000 to identify and tackle the threats to these most beautiful and important of birds. Jim Lawrence, BirdLife's Preventing Extinctions Programme Manager, explained: "We know what we need to do in Europe — ban veterinary diclofenac. We also know what we need to do for Africa — quickly review the fast-changing threats so we can act quickly, with priority. However you see them, please support the urgent work needed to save Africa and Europe's threatened vultures by generously supporting our appeal. Your support is vital to this work and will make a real difference to its success. So please, dig deep, donate generously now and help us keep vultures flying as high as they should be."