The recovery of populations of two Critically Endangered vulture species in Nepal is linked directly to progress in removing the toxic drug diclofenac from veterinary use.

Action within the VSZ has raised public awareness about the hazards that diclofenac poses, and there have been initiatives and legislation imposed at national, regional and local levels for a decade. 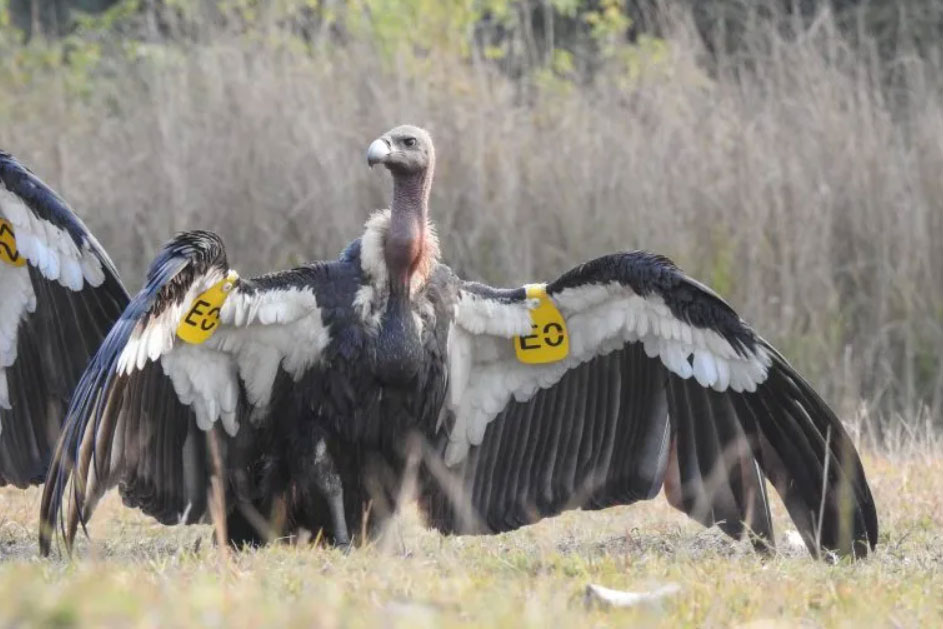 Critically Endangered White-rumped Vultures have been tagged in Nepal in recent years in order to track their progress (Ankit Joshi / Bird Conservation Nepal).

However, a review was needed by the Saving Asia's Vultures From Extinction (SAVE) Technical Advisory Committee in order to confirm VSZ status. This included testing hundreds of cattle carcasses for toxic drugs, undercover surveys of drugs on offer for veterinary use and extensive tracking of wild vultures.

Tracking of vultures fitted with GPS tags in Nepal has reached the point where enough birds have survived, and their movements and any deaths monitored. Although there were not enough dead cattle tested to satisfy the criteria, there were extensive undercover pharmacy surveys over a long period which confirmed that no diclofenac is being offered, and there are only low levels of other toxic veterinary drugs.

These positive findings ensured that the Gandaki-Lumbini VSZ was declared secure at the 11th annual SAVE meeting.

In the online event, Director General of Department of National Parks and Wildlife Conservation Nepal, Dr Ram Chandra Kandel, said: "We are very delighted to know that the Technical Advisory Committee of SAVE recognised the progress and hard work on vulture conservation in Nepal by scientifically validating and recognizing this as the world's first truly Vulture Safe Zone. This is a great achievement in creating a safe environment for threatened vulture species in Nepal, which was achieved only through the integrated approach and efforts of the government, conservation partners and the local community."

Find out more at save-vultures.org.