Volunteers are being recruited to identify sharks, skates and rays captured on underwater cameras around the Welsh coast.

Data from more than 90 hours of footage needs to be logged to help build a picture of the diversity of species. Volunteer Matt Thomson said he was already hooked and hoped to see a "really rare" angelshark during his work on the project. 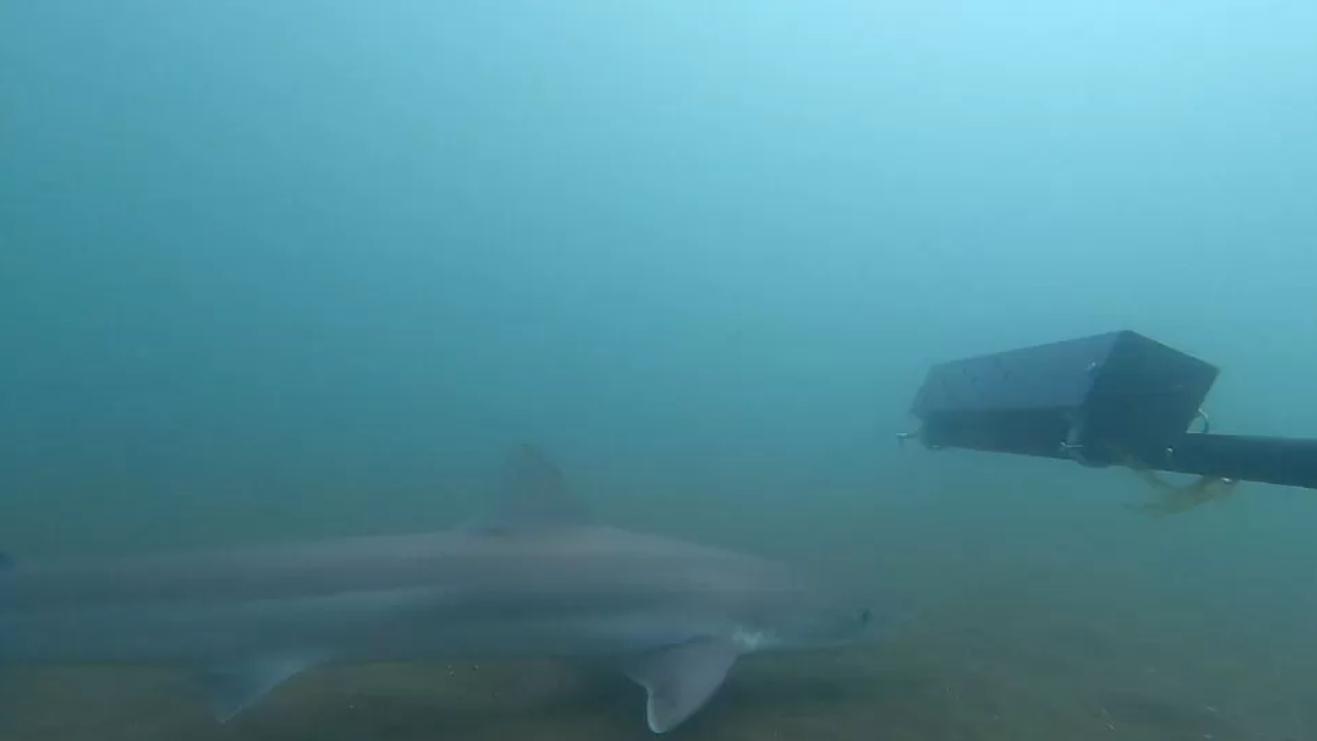 The project has led to sightings of the Critically Endangered Tope Shark (ZSL).

Sharks Inspiring Action and Research with Communities (SIARC) is a collaboration between Natural Resources Wales and the Zoological Society of London, as well as communities in Gwynedd. Throughout summer 2022, protected and Critically Endangered species were filmed by remote underwater cameras in a special conservation area off the Llyn Peninsula.

Previously for researchers' eyes only, the footage is now available to the public via the Instant Wild website. Citizen scientists are asked to log the types of sharks, skates and rays they see, helping to save researchers lots of time and effort.

Joanna Barker from the Zoological Society of London said: "We'll have a scientist reviewing all the footage, but the citizen scientists will be the validator. We'll be able to compare both the scientist and citizen scientist scores and data and it'll just really improve the scientific data that we get out of this project."

Mr Thomson has been logging exotic wildlife using the Instant Wild app for 10 years. He said: "I'd really like to see an Angelshark; that's what the project's all about, they're very rare.

"I'll be very surprised if we do actually see any and I'd be really excited to see a Basking Shark. But there's plenty of other things to keep you interested. Any shark, skate or ray that you see on these cameras is going to be really interesting."