A life-saving operation has been performed on a Bearded Vulture that swallowed a knife in Georgia.

Bearded Vulture is known for its ability to swallow and digest bones as large as a sheep's vertebrae. However, occasionally individuals will swallow hazardous items that can kill them – previous examples have included tubing and even an axe.

A local citizen in Nichbisi, Georgia, recently discovered a Bearded Vulture unable to fly and informed Tbilisi Zoo, which took the bird into care. The zookeepers provided a safe space, food and fluids, and after a few days the vulture calmed down, making it safer to undergo additional examinations.

Staff from Nature Conservation Georgia and Tbilisi Zoo visited Veterinary Clinic Vetex to take a closer look at the bird's condition. An x-ray revealed what was wrong – the vulture had swallowed a 20-cm utility knife. 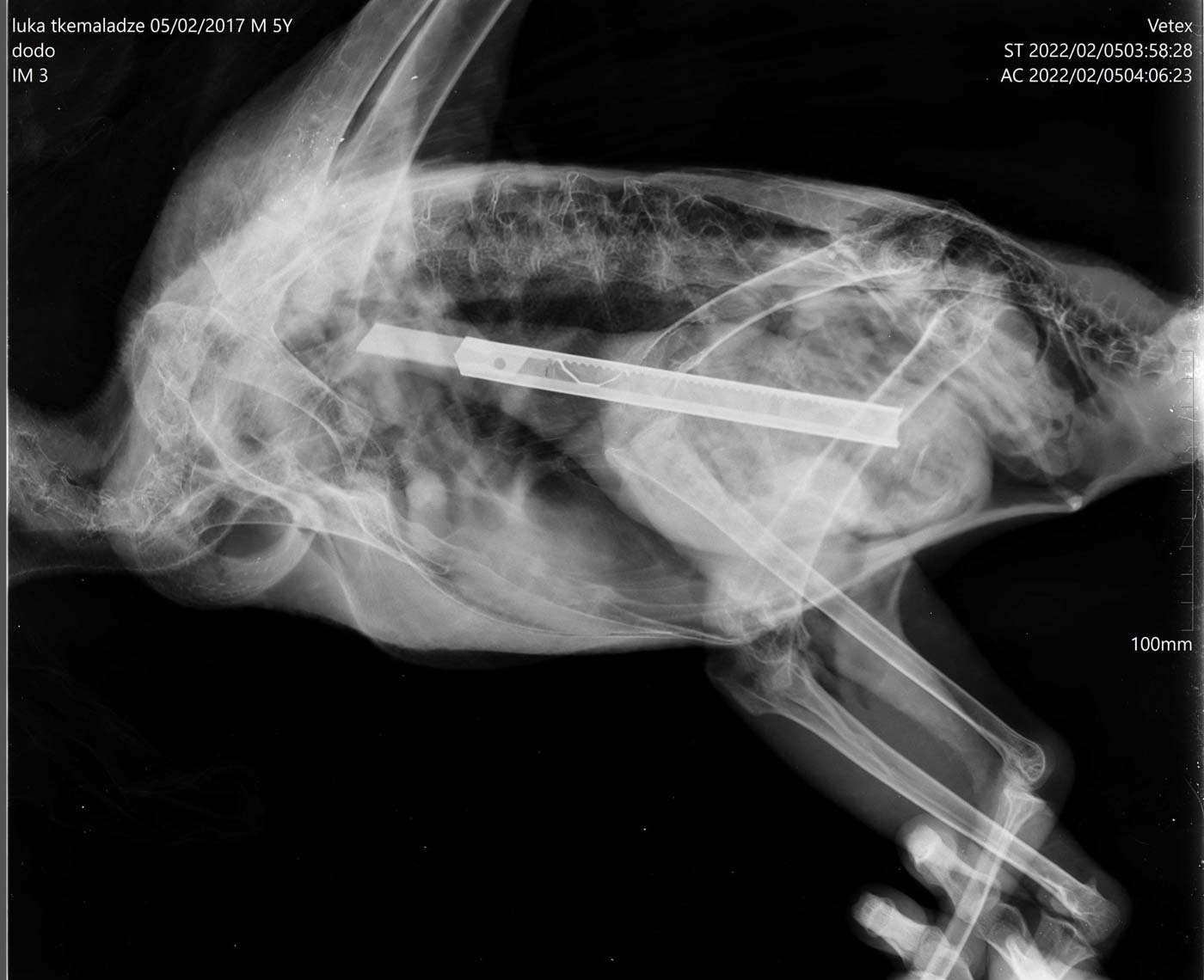 Sandro Bagatelia, an experienced veterinarian qualified in bird medicine, and his team decided to remove the knife as soon as possible, which required a complicated and ambitious operation. Using a gastroscope and small manipulators, the Vetex team managed to safely remove the knife from the vulture's gastrointestinal tract without causing bleeding or other damage.

Now, the Bearded Vulture is undergoing rehabilitation at Tbilisi Zoo, where it receives fluids, prescribed medicines and proper food, and it is hoped the bird will make a full recovery.