Youngsters who vandalised bird hides at a Somerset nature reserve were forced to return and fix the damage themselves.

Wardens arrived at the hides at Portbury Wharf in early October to find they had been damaged, with vandals having got inside and broken the doors and damaged the roof, as well as leaving litter strewn across the site. Walls had also been daubed with offensive graffiti. 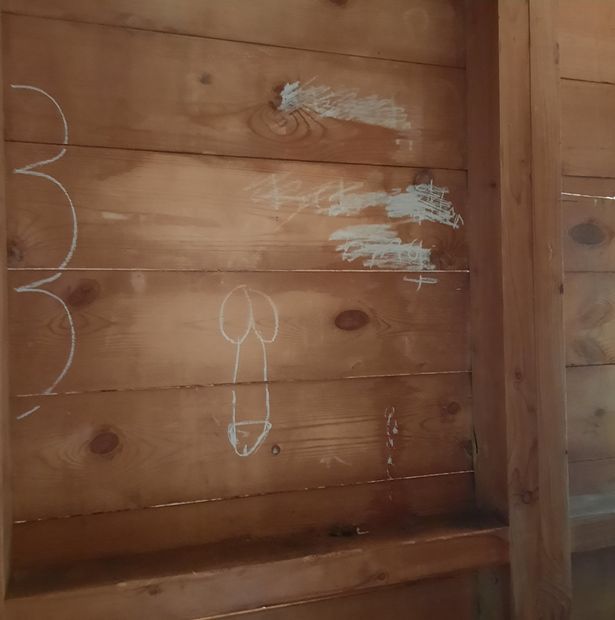 Graffiti in the hide at Portbury Wharf (North Somerset Council).

An investigation into the damage revealed evidence which suggested it had been caused by youngsters from a local school. In partnership with the school, the perpetrators were traced and returned to the site where they were instructed to help repair the damage.

A North Somerset Council spokesman said: "The bird hides at Portbury Wharf Nature Reserve suffered another spate of vandalism. However, Rose, the new site warden, managed to find evidence that the damage was caused by some pupils from a nearby school. The pupils did a great job repairing their damage and this will hopefully deter them from anti-social behaviour in the future."