Piping Plover nesting enclosures have been destroyed in Maine, United States, resulting in the abandonment and death of chicks.

The Maine Warden Service and United States Fish and Wildlife Service are investigating separate cases of vandalism on the enclosures on beaches in Saco and Old Orchard Beach. The first incident took place near Goosefare Brook in Saco, where fencing nesting enclosure was vandalised in the middle of the night on Saturday 4 July. The enclosure fence was destroyed and the adults and chicks abandoned their nest, and one of the chicks was found dead. 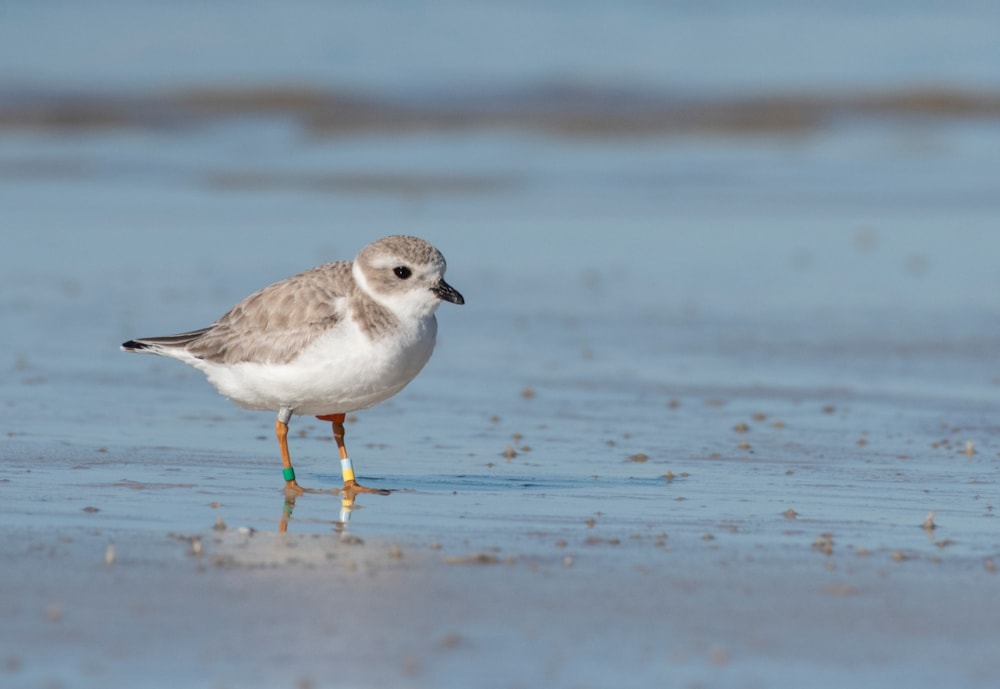 Piping Plover is listed as Near Threatened by The International Union for Conservation of Nature (Ed Stubbs).

The second incident took place in Old Orchard Beach, also in the middle of the night on 4 July. A nesting enclosure that housed a nesting pair of adult chicks was purposely dismantled, and a nest with three eggs temporarily abandoned.

Following some 35 years of conservation, Maine's population of Piping Plover has grown from 15 breeding pairs in 1986 to 89 pairs in 2019. The species has benefited from the widespread implementation of management practice, including installing symbolic fencing around nests, leashing dogs, posting caution signs, reducing predation and asking beachgoers to modify their activities near birds and fenced areas.