Vandals cause damage worth 'thousands' at Northumberland reserve

Vandals have caused thousands of pounds worth of damage at a Northumberland nature reserve.

Four of the hides at Northumberland Wildlife Trust's Hauxley NR at Druridge Bay were targeted. The biggest hide, Tern Hide, had the walls kicked, benches pulled out and hurled around inside and every window has been smashed. 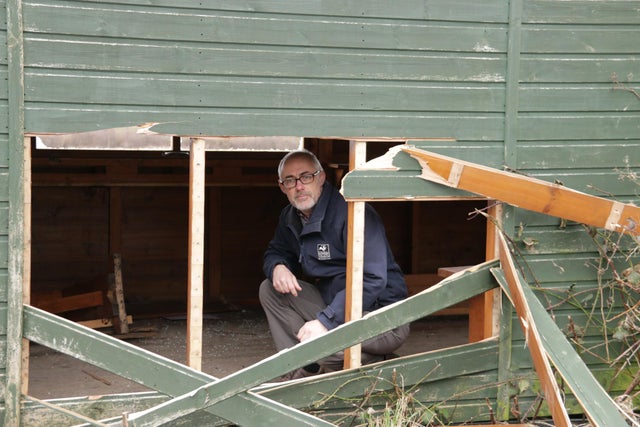 In other hides windows have been broken, benches ripped up, a fence has been kicked over and further sections of hide wall kicked out. The trust is still assessing the damage but it is expected to cost a four-figure sum to repair.

It is now working with Northumbria Police to try and identify the culprits from CCTV footage. It is not the first time the Hauxley reserve has been targeted. In June 2010, the visitor centre was destroyed in an arson attack.

It was rebuilt following a major fund-raising appeal and a grant of over £400,000 from the National Lottery. Duncan Hutt, director of conservation at Northumberland Wildlife Trust said: "After all we have put into the reserve, from dealing with the devastation from the fire where priceless recordings of wildlife species were lost, to fundraising, rebuilding, reopening and then closing for a year during lockdown, for mindless thugs to strike is absolutely infuriating."

During lockdown, the trust has also reported anti-social behaviour and vandalism issues at its Holywell Pond and St Nicholas Park reserves.

Donations for repairs to the Hauxley site have already started to flood in after the trust posted the news on its social media platforms. Anybody wishing to donate should visit www.nwt.org.uk/donate and select Hauxley Wildlife Discovery Centre in the dropdown.