A vagrant Siberian Rubythroat wintering in southern Sweden has incorporated an unusual refrain into its song.

The male rubythroat, which has been present in the town of Vargön since mid-November 2021 and attracted a stream of twitchers ever since, can now add a camera shutter to its already impressive range of vocalisations, having learnt the unusual sound off his gathered admirers. 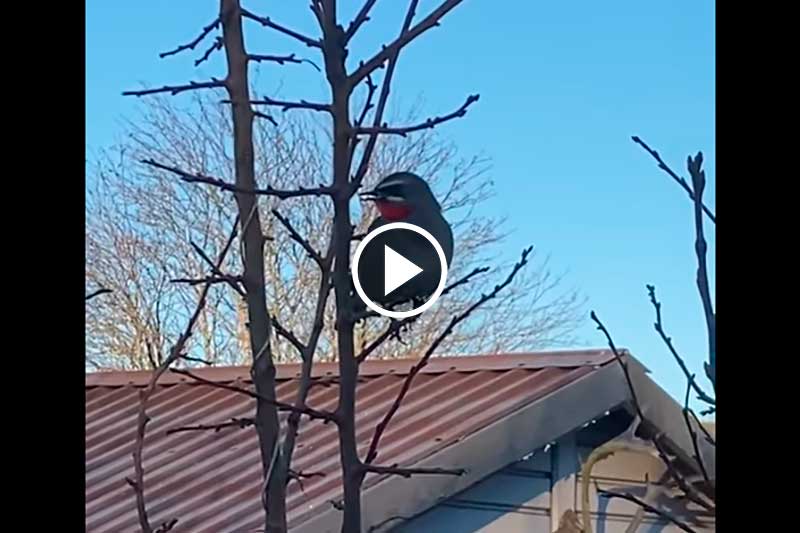 To watch footage of the Siberian Rubythroat uttering its camera shutter song, click on the screenshot above.

First recorded by local birder Håkan Larsson on 19 March, his video depicts the bird singing and including the camera shutter refrain on more than one occasion.

This life-like impression of a man-made sound demonstrates the extraordinary singing capabilities of this species, which is part of a family well known for its impressive songs and ability to mimic other birds and wildlife.

This Vargon bird represents just the second Siberian Rubythroat for Sweden, following the first in late October 2018. It was still present at the end of March.