Plastic litter in the marine environment is increasingly seen as a serious problem. Not only does it affect birds and mammals directly, through entanglement and ingestion, but also as a potential carrier of concentrated chemical pollutants which will be released after ingestion. Over 95% of dead North Sea Fulmars analysed have scraps of plastic in their stomachs. In its life, a bird will ingest an average of 44 pieces of plastic (weighing 0.33g), though one bird had ingested 1,603 pieces, with another having 20.6g of plastic in its stomach — equivalent to 2kg in a human-sized stomach. 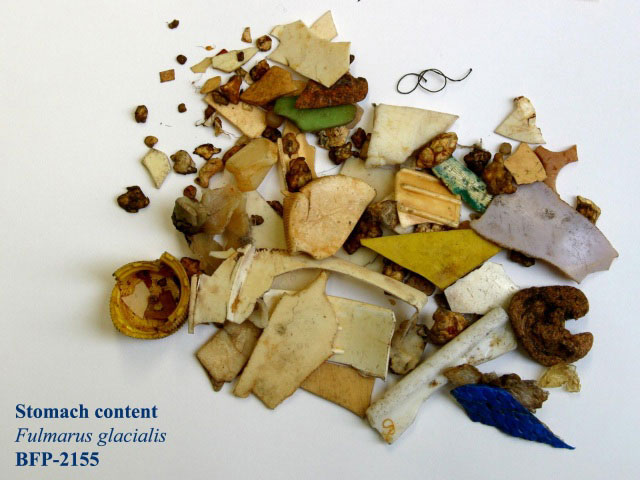 Of special concern are microscopically small plastic particles, potentially affecting foodwebs down to filter-feeding organisms. As a consequence, an increasing number of European policies aim to reduce marine litter, especially synthetic materials. Tools to monitor changes in the marine environment are thus needed. 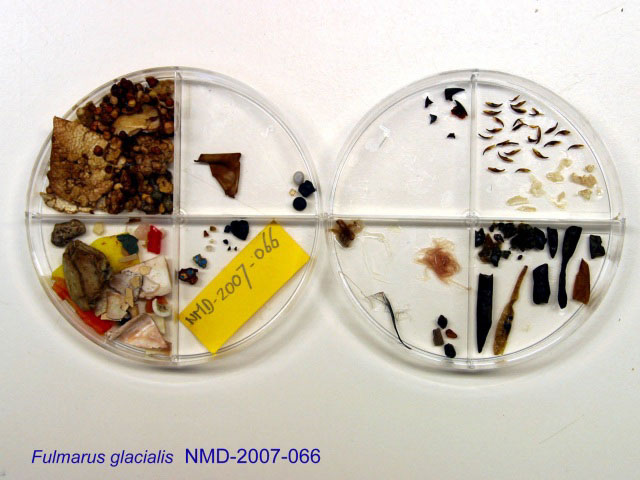 Ecological Quality Objectives (EcoQOs) for the North Sea area include the monitoring of marine litter based on investigations of the abundance of plastics in the stomach contents of beached Fulmars. A preliminary target for acceptable environmental quality has been set at fewer than 10% of beached Fulmars having more than 0.1g of plastics in their stomachs. Currently, 40–80% of all Fulmars in the North Sea have more than 0.1g of plastics in their stomachs. Fulmars were chosen for the study as they are a good 'indicator species', feeding on fish, squid, plankton and carrion from the water's surface. When doing so they also ingest large quantities of plastic litter which is floating around. 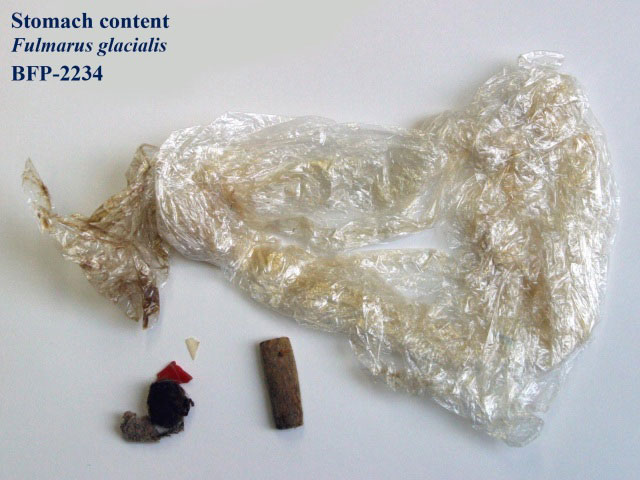 Shipping and fisheries are considered the main sources of plastics pollution in the North Sea and are thus the first target for new policies. The EcoQO approach may be adopted in the wider northeast Atlantic via the European Union Marine Strategy Directive, or in other parts of the world, where pilot studies will have to be carried out at in different locations, sometimes using different seabird species. Monitoring marine litter using seabirds is a reliable tool for policy decisions, and at the same time an extremely useful instrument to increase awareness among the general public and stakeholders. It will improve the acceptance of, and compliance with, policy decisions. 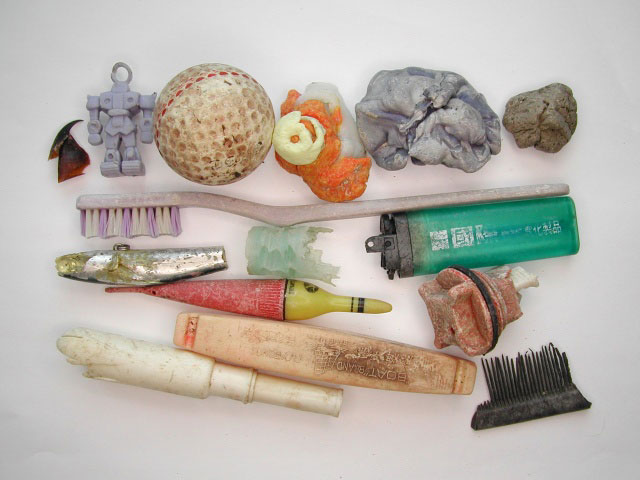 Plastics pollution is a global problem, and these are just some of the items found in the stomachs of Laysan Albatrosses on Midway Atoll, Hawaii. (Photo: Jan van Franeker, Wageningen IMARES) 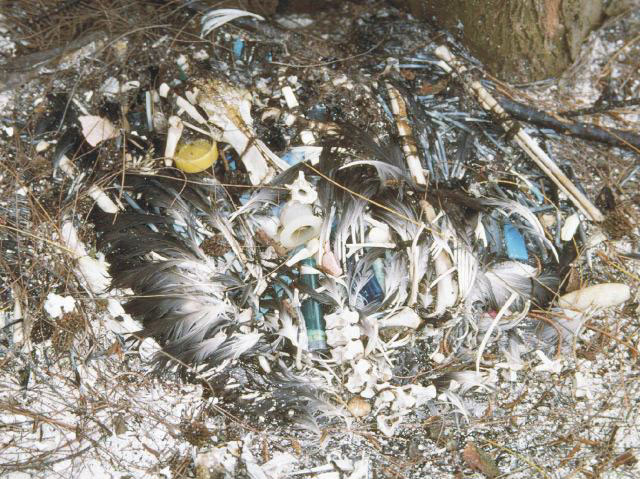 The bodies of juvenile Laysan Albatrosses are testimony to the quantity of plastics pollution they have to suffer: Midway Atoll, Hawaii. (Photo: Jan van Franeker, Wageningen IMARES)

Further general project information and related issues can be found online and all research reports can be found under 'downloads' on the website of the Dutch Seabird Group.