US Common Birds in Shocking Decline 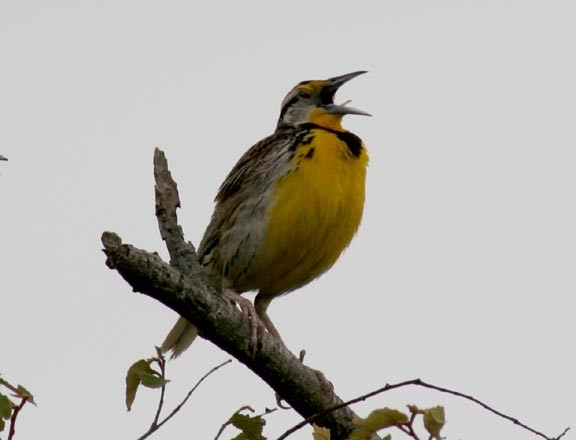 New research from the National Audubon Society (BirdLife in the US) has revealed that populations of some of America's most common birds have plummeted over the past forty years, with some down by as much as 80%.

"These are not rare or exotic birds we're talking about-these are the birds that visit our feeders and congregate at nearby lakes and seashores and yet they are disappearing day by day," said Audubon Chairperson, Carol Browner. Audubon's Common Birds in Decline list stems from the first-ever analysis combining annual sighting data from Audubon's century-old Christmas Bird Count program with results of the annual Breeding Bird Survey conducted by the U.S. Geological Survey. Twenty different common bird species -those with populations more than half a million and covering a wide range- have seen populations fall at least by half since 1967. "Their decline tells us we have serious work to do, from protecting local habitats to addressing the huge threats from global warming," added Browner.

The dramatic declines are attributed to the loss of grasslands, healthy forests and wetlands, and other critical habitats from multiple environmental threats such as urban sprawl, energy development, and the spread of industrialised agriculture. Widespread species in which declines have occurred include: Eastern Meadowlark (71% decline), Northern Pintail (78%) and Northern Bobwhite (82%), listed as Near Threatened by BirdLife.

Climate change is one such widespread and growing problem. Among Audubon's list of declining common birds is Snow Bunting, which breeds in Alaska and northern Canada and has declined by 64%; largely due to loss of fragile tundra habitat thought to be induced by climate change. Similarly Greater Scaup has declined by 75%, an indicator of induced melting of permafrost and invasion of formerly-southern species, the researchers claim. "Fortunately, people's actions can still make a difference," Dr Butcher added. "Average citizens can change the fate of these birds just as average citizens helped us confirm the trouble they face."

Find out more about Audubon's Common Birds in Decline.