Britain has experienced a major influx of Pallid Swifts in recent days on the back of unusual late October warm weather.

Reports of Pallid Swift have come from an incredible 71 sites in Britain and Ireland since 24 October; reports of Common/Pallid Swift have come from more than 100 locations in that timeframe. In many instances records involve two or three birds, although groups of four have been logged, including at West Runton, Norfolk; Dunbar, Lothian; St Abbs Head, Borders; and Buckton, East Yorkshire. As well as these birds, a Little Swift was discovered at Brean Down, Somerset, on 30th. In The Netherlands, the country's first White-rumped Swift was found at Schiermonnikoog on 26th. Two days later, an astonishing count of 14 Pallid Swifts was made at Vlieland. 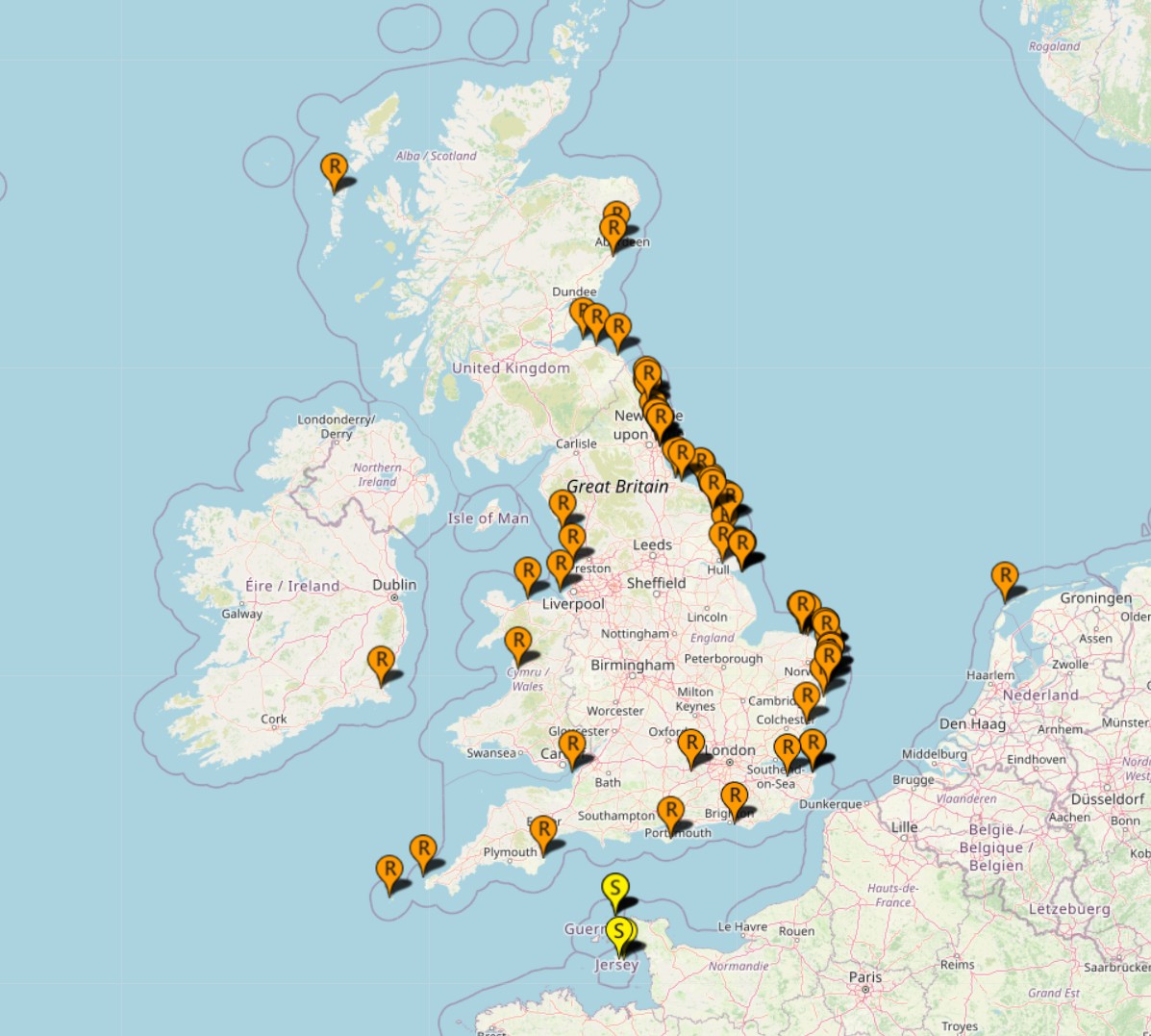 BirdGuides reports of Pallid Swift in north-west Europe since 24 October.

The influx is due to near-unprecedented warm-weather conditions in Europe, with a low-pressure system lingering over the north-east Atlantic to the west of the continent, drawing a brisk south or south-westerly airflow out of North Africa and the Canaries, producing temperatures more typical of late August. As well as the swifts, it has been an exceptional period for migrant Lepidoptera, with at least two moth species new to Britain recorded in recent days, as well as influxes of species such as Crimson Speckled.

Keep up to date with the Pallid Swift influx at www.birdguides.com/sightings or by using the BirdGuides app.