The UK's oldest known pair of White-tailed Eagles has recently fledged its 25th chick on Mull.

Skye and Frisa are 28 and 30 years old respectively. They paired up in 1997 and had their first chick the following year, before becoming household names in 2005 with their televised debut on the first ever episode of BBC's Springwatch. 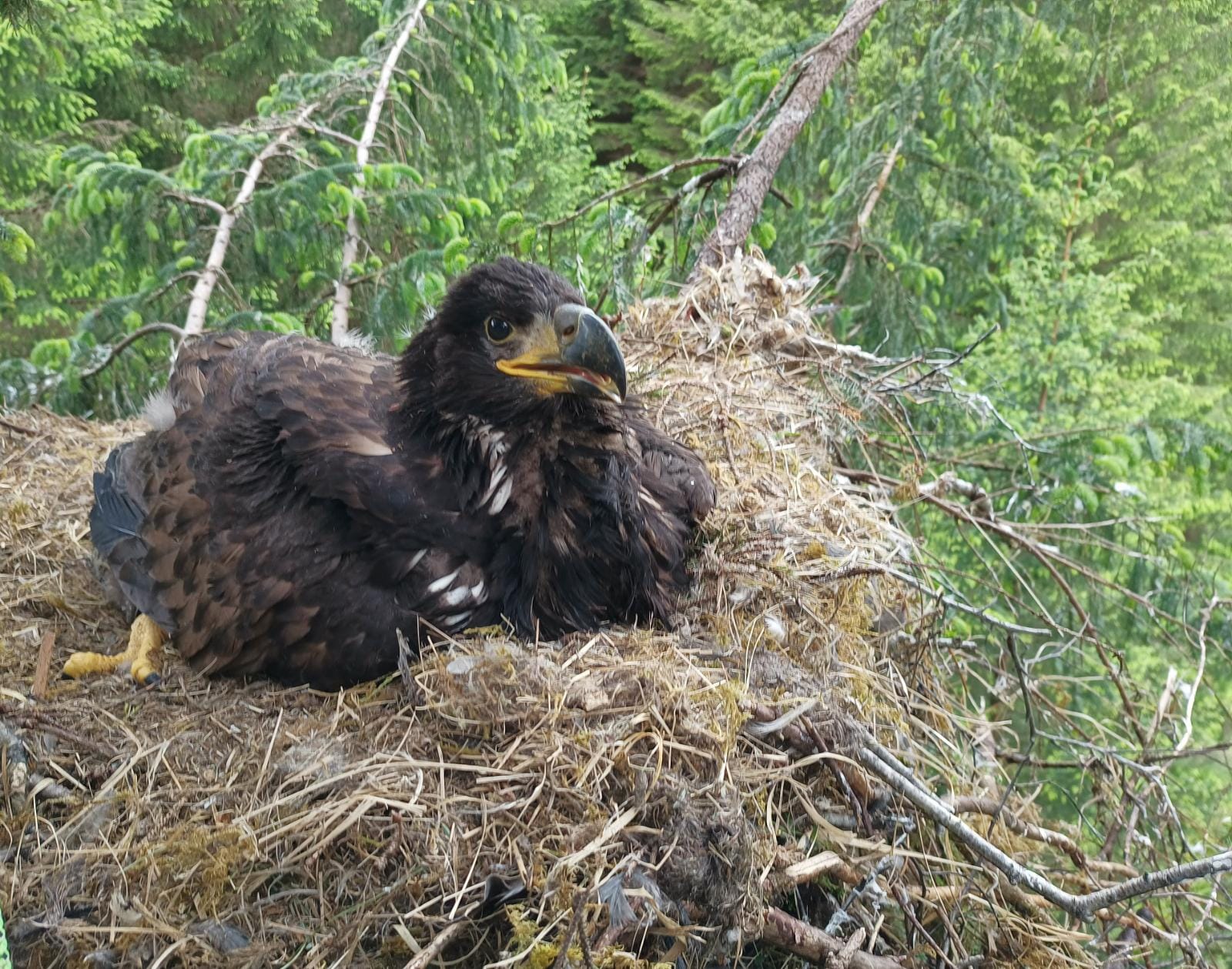 This year's chick on the nest in Mull (Steve Bentall).

Since then, they've appeared on numerous other programmes including Countryfile, The One Show and Springwatch spin-offs Autumnwatch and Winterwatch. In 2008, their chicks Mara and Breagha were filmed by Gordon Buchanan and featured on Springwatch as the first White-tailed Eagles in the UK to be satellite tagged.

This allowed the public to follow their movements online and Mara became the first UK White-tailed Eagle to be tracked from chick right through to his first nesting as an adult.

The pair's newest chick – thought to be a female – is the latest in a White-tailed Eagle dynasty. In 1985, Frisa's mother, Blondie, became the first eagle to successfully hatch a chick in Scotland following the re-introduction. Moreover, one of their descendants, Finn, has been featured on live cameras at RSPB Scotland's Loch Garten Nature Centre in the Cairngorms this year, fledging two chicks with his partner, Shona.

RSPB Mull Officer Dave Sexton said: "What an incredible achievement for Skye and Frisa after 25 years together. Their 25th chick is now out of the nest and well on her way to independence after a few more months of care from her hard-working parents. I love the family connections right back to Blondie and now right up to date with Finn and Shona in the Cairngorms."