The UK's largest breeding colony of Arctic Terns has vanished – and conservation bodies are asking for help to find out where the birds have gone.

At this time of year, the tern colony on The Skerries – a group of rocky islets off the coast of Anglesey, North Wales – should be teeming with the hustle and bustle of these gregarious breeders. This is the UK's largest colony of Arctic Terns (home to 2,814 breeding pairs in 2019). Several hundred Common Terns also normally breed on The Skerries, too. 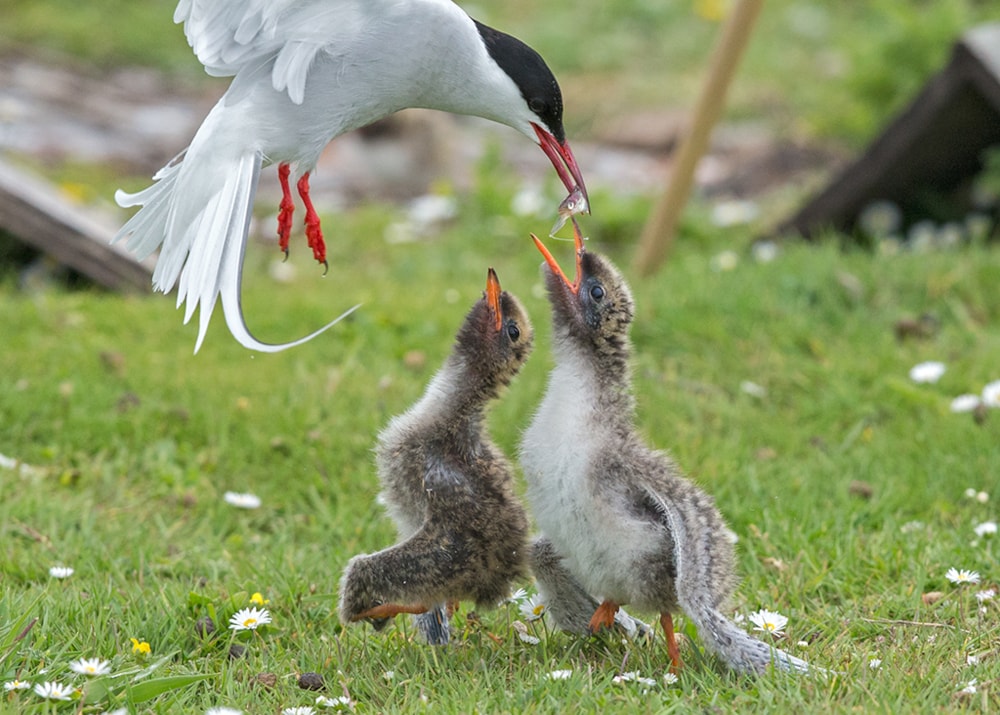 The Arctic Tern colony on Skerries has been mysteriously abandoned this summer (Dave Williams).

However, in 2020, the RSPB-managed site has fallen silent. Because of the COVID-19 pandemic there are – for the first time in over a decade – no summer wardens living on the islands and, in the absence of this human presence, Peregrine Falcons have taken up residence. The RSPB believes that disturbance from the falcons is almost certainly the main cause of the desertion of the colony.

It remains a mystery as to where the birds have gone, though. Since 2013, a team of ringers from the BTO have been attaching individually coded leg flags to a number of terns each season. These leg flags, which are orange with a black code for Arctic Terns and yellow with a black code for Common Terns. It’s hoped people will be able to identify these birds from the deserted colony and report their whereabouts.

Dr Rachel Taylor, Senior Ecologist for BTO Cymru and one of the bird ringers in charge of the tern colour-marking project, said: "Terns are long-lived, and a single catastrophic year won't be the end of the Skerries story. Historic tern colony collapses and recoveries like that of Shotton Steelworks in 2009 have taught conservation managers what's needed to allow and encourage the colony to return to the Skerries in future.

"But a colony is made up of individuals, each making decisions for themselves: these colour-marked birds could give us a real insight into how those individual choices add together into 'colony behaviour'. Where they go this year, and whether they survive to return and breed on the Skerries, are fascinating questions; the answers could help conservation managers keep the UK's tern colonies resilient through future environmental change."

Ian Sims, RSPB North Wales Wetlands Warden, added: "It has been very saddening not to be able to give the Skerries colony the protection it needed this season, but what has happened only goes to emphasise the importance of the work that wardens do looking after this and other tern colonies up and down the country year after year."