Today's release of the new State of Nature 2019 report today highlights how much Britain's wildlife continues to be in dire peril.

The latest findings show that since rigorous scientific monitoring began in the 1970s there has been a 13 per cent decline in average abundance across the numerous species studied and that the declines continue unabated.

Following the State of Nature reports in 2013 and 2016, leading conservationists from more than 70 wildlife organisations have joined with government agencies for the first time to present the clearest picture to date of the status of our species across land and sea.

The report also reveals that 41 per cent of UK species studied have declined, 26 per cent have increased and 33 per cent shown little change since 1970, while 133 species of those assessed have already been lost from our shores since 1500.

Butterflies and moths have been hit particularly hard with numbers of butterflies down by 17 per cent and moths by 25 per cent. The numbers of species that require more specialised habitats – such as High Brown Fritillary and Grayling – have declined by more than three quarters. 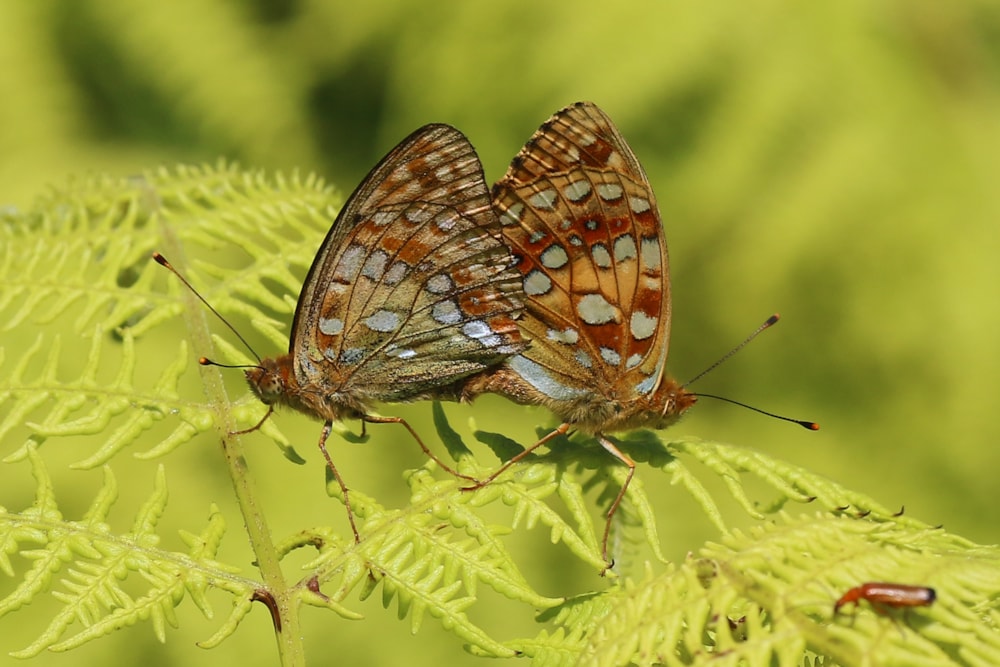 High Brown Fritillary is one of the UK's most threatened species (Chris Teague).

The UK's mammals also fare badly with more than 26 per cent of species at risk of disappearing altogether. Wild Cat and Greater Mouse-eared Bat are among those teetering on the edge of extirpation.

Much is known about the causes of these declines – and about some of the ways in which we could reduce impacts and help the struggling species. The evidence from the last 50 years shows that significant and ongoing changes in the way we manage our land for agriculture and the ongoing effects of climate change are having the biggest impacts.

Pollution is also a major issue. While emissions of many pollutants have been reduced dramatically in recent decades, pollution continues to have a severe impact on the UK's sensitive habitats and freshwaters, and new threats are continuing to emerge.

Lead author Daniel Hayhow said: "We know more about the UK's wildlife than any other country on the planet and what it is telling us should make us sit up and listen. We need to respond more urgently across the board if we are to put nature back where it belongs. Governments, conservation groups and individuals must continue to work together to help restore our land and sea for wildlife and people in a way that is both ambitious and inspiring for future generations.

"In this report we have drawn on the best available data on the UK's biodiversity, produced by partnerships between conservation NGOs, research institutes, UK and national governments, and thousands of dedicated volunteers. It's through working together that we can help nature recover – but the battle must intensify." 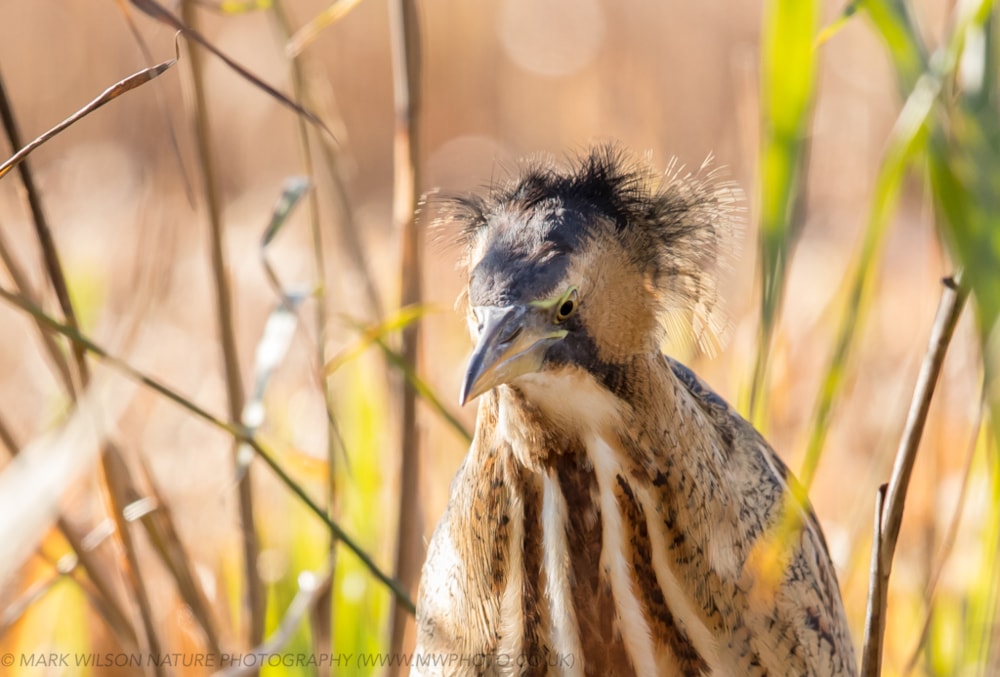 Eurasian Bittern has staged a remarkable recovery in recent years owing to the efforts of conservationists (Mark Wilson).

While the data in the new report are alarming, there is also cause for some cautious hope. The report showcases a wide range of exciting conservation initiatives, with partnerships delivering inspiring results for some of the UK's species. The fortunes of Eurasian Bittern and Large Blue butterfly have been reversed through the concerted efforts of conservation organisations and individuals.

Reflecting growing concern about the environmental and climate emergencies, public support for conservation also continues to grow, with NGO expenditure up by 26 per cent since 2010-11 and the time donated by volunteers also increased by 40 per cent since 2000. However, public sector expenditure on biodiversity in the UK, as a proportion of GDP, has fallen by 42 per cent since its peak in 2008-09. 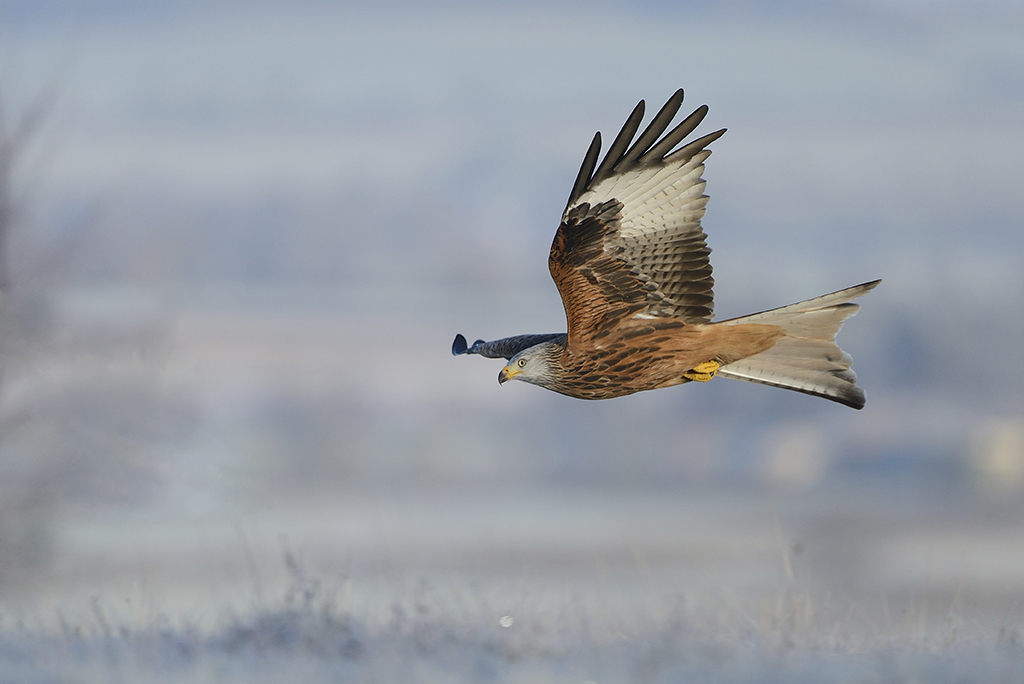 Another species which has staged an even more remarkable comeback this century is Red Kite, which was reduced to just a few pairs in Wales in the early 1980s (Ben Andrew / www.rspb-images.org).

The report has a foreword by a collective of young conservationists who are passionate about conservation and the future of our wildlife and nature to preserve it for future generations.

Dan Rouse, 23, said: "Nature is something that shaped my childhood, that allowed me to be free to use my sense of wonder … It's young people that are now picking up the baton to save our nature. We've already lost Corn Buntings and Common Nightingales in Wales. How long until they're gone from the rest of the UK?"

Sophie Pavelle, 24, said: "What a huge wake-up call 2019 has been! I have felt the loss of nature more acutely this year than any other. A dawn chorus less deafening, hedgerows less frantic and bizarre, worrying weather. It seems that in a more complex world nature is tired, muted and confused. People protect what they love and if we can find empowering ways to encourage young people to connect with nature emotionally and see it as something they can truly champion, then we can dig deep to find real hope for a brighter, sustained future for our natural world."

For a full copy of the State of Nature 2019 report and to find out how you can do your bit to save UK wildlife, visit: www.nbn.org.uk/stateofnature2019.

The 'take home' figures extracted from the new State of Nature 2019 report (RSPB).