The UK government has been forced into a partial U-turn over its policy of allowing the dumping of sewage into watercourses.

Conservative MPs initially voted last week to reject amendments to the new Environment Bill, as proposed by the House of Lords, which would have strived for cleaner air and placed a legal duty on water companies not to pump raw sewage into British waters.

The proposal from the Lords would have placed legal duties on companies to reduce sewage discharge, but was defeated 265-202 in the initial Commons vote.

A public uproar saw social media awash with complaints from constituents and campaign groups, but many Conservative MPs went on to defend themselves from accusations that they have signalled to water companies that it is acceptable to dump raw sewage in rivers.

However, in the face of increasing public backlash, the government has been forced into another change of policy. 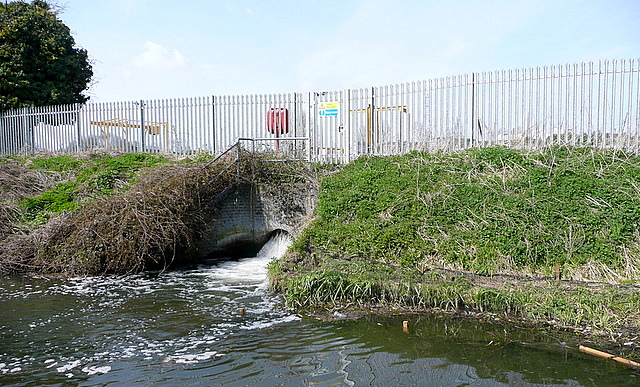 A huge public outcry has forced the UK government to change its stance on the discharge of raw sewage into waterways (Graham Horn / commons.wikimedia.org).

A total of 22 Conservative MPs rebelled to vote in favour of an amendment to the Environment Bill last week, and inside sources suggest the government felt that it might lose a second vote following the backlash of the past few days.

Defra announced on Tuesday [27 October] that the Bill "will be further strengthened with an amendment that will see a duty enshrined in law to ensure water companies secure a progressive reduction in the adverse impacts of discharges from storm overflows".

Meanwhile, an amendment to the legislation to set a limit on particle pollution by 2030, which would be at least as strict as World Health Organisation guidance, was also proposed in last week's initial vote, but the Commons vote rejected this, in line with the government's wishes.

The RSPB's Beccy Speight said that the government was "falling short of its pledge to leave the natural environment in a better state than it inherited it".