Britain is experiencing an autumn invasion of butterflies, long after butterfly migration from Europe has usually ceased. It comes at the end of a summer which has seen the biggest migration of butterflies into the UK for more than decade. The warm, sunny September weather is probably a factor. Over recent days there have been numerous reports of newly arrived Red Admiral, Large White and Clouded Yellow butterflies along the South Coast. 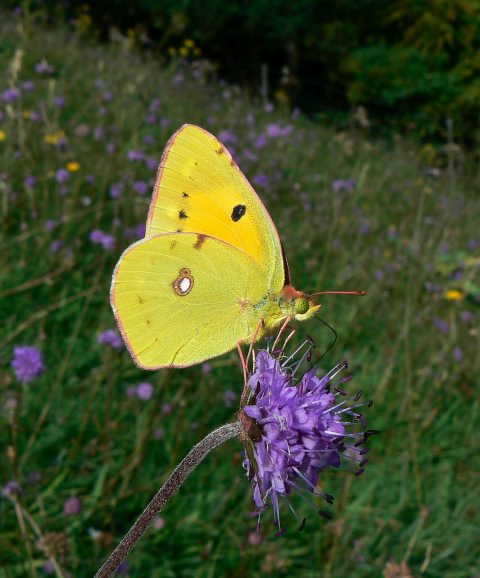 Of particular interest, Clouded Yellows have been observed in substantial numbers, with counts of up to 600 at coastal localities in Sussex. They have also been seen in Cornwall, Devon, Dorset, Hampshire, Kent and on the Isle of Wight. The Clouded Yellow originates each year from North Africa and southern Europe, migrating north and first arriving in the UK in May or June. Experts believe that the recent sightings are a mixture of migrants and home-grown butterflies that are the progeny of arrivals earlier in the year. There have been some intriguing observations from mid-September of Red Admirals and Large Whites flying in from the sea as well as observations of incoming butterflies along the coast.

Dr Tom Brereton, Head of Monitoring with the charity Butterfly Conservation, said: "The fact that these butterflies are clustered so close to the coast points to the fact they are new arrivals. There have also been sightings at sea, where unusually the butterflies have been travelling north towards England rather than south towards wintering areas."

There is also evidence that Painted Lady butterflies are continuing to arrive from mainland Europe, again well after migration into the UK has normally ceased. In May this year, there was a massive migration of Painted Ladies, following ideal breeding conditions last winter in the Atlas Mountains in North Africa. At one stage it was estimated there could have been up to a billion Painted Ladies in Britain. 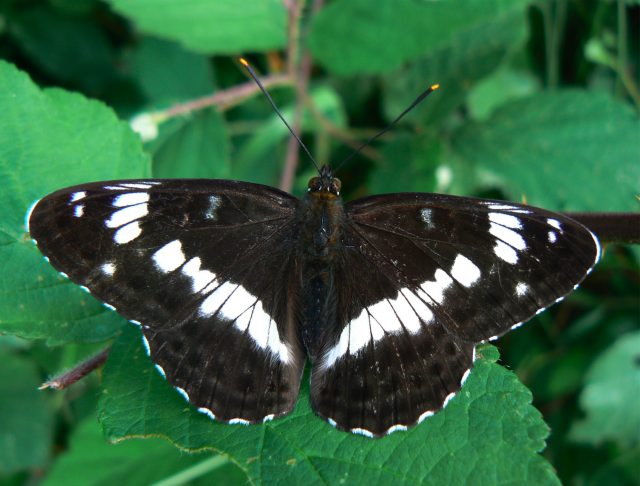 It was the first year that a large-scale migration had been monitored all the way from Morocco and there is now considerable interest in the reverse journey. Painted Lady and Clouded Yellow butterflies cannot normally survive the UK winter. In the case of Painted Ladies there has long been speculation that they migrate back to North Africa, but there is no solid evidence. The Indian summer has undoubtedly helped these migrants, but resident butterflies are also continuing to fly well into the autumn, with 20 species (a third of all UK species) still on the wing. This includes very rare second broods of White Admiral and third broods of Brown Argus.

Dr Brereton said: "We are appealing to anybody who sees Painted Ladies apparently heading out across the Channel or heading south across France to go to www.butterfly-conservation.org where they can log their sighting."

Dr Martin Warren, Chief Executive of Butterfly Conservation, said: "It was fantastic to see so many Painted Ladies and now to have all these Clouded Yellows. However, we have to remember that these are not native butterflies. Their appearance is the result of a rare combination of circumstances, mainly in North Africa. Most British butterflies continue to decline. Until we halt that decline the vast majority of summers will see very few butterflies in many parts of the country."

Butterfly Conservation is the UK charity taking action to save butterflies, moths and their habitats. See www.butterfly-conservation.org.