Two men have been fined after they were convicted of four offences under the Wildlife Act in Ireland. The pair cut a hedge out of season and a case against them was taken by the National Parks and Wildlife Service, under the remit of the Department of Culture, Heritage and the Gaeltacht. Both men were found guilty of the wilful destruction of birds' nests – namely Blackbird, Song Thrush, Woodpigeon and Eurasian Wren – as well as the destruction of vegetation growing in a hedge. 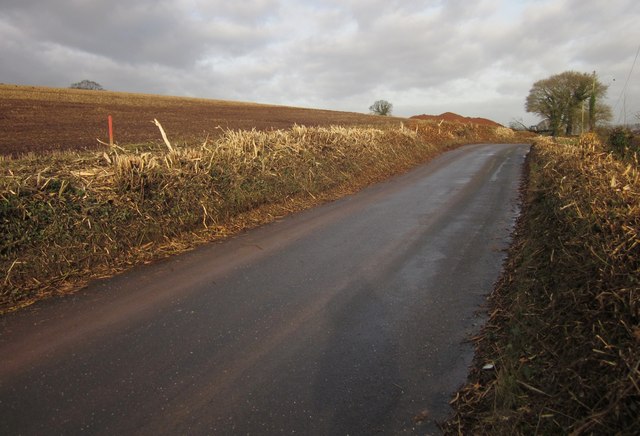 Cutting hedgerows during the breeding season can have an awful impact on wildlife (Derek Harper / geograph.org.uk).

The incident took place between 22 and 27 May 2017 at Clogrenan, Co Laois. Under the Wildlife Act 2000, hedge cutting and burning is banned every year between 1 March and 31 August. Carlow District Court saw evidence from the National Parks and Wildlife Service that 1.6 km of hedgerow vegetation had been destroyed as a result of their actions.

The two defendants said they did not know that there were bird nests in the hedgerow at the time they were cutting, nor that it was an offence to destroy vegetation growing in a hedge during the bird nesting season. They also said that it was a defence to remove hedgerow vegetation in the ordinary course of agriculture.

However, Judge Colin Daly said that the evidence presented to the court showed that the destruction of vegetation was significant and outside of the ordinary course of agriculture, because it was carried out on an extraordinary scale. He added that the damage also had significant implications for the protection of birds and the wider environment.