Twite on brink of extirpation in England

Only 12 pairs of Twite bred in England this summer, leaving the finch on the brink of extinction as a breeding species in the country.

Twite has suffered a steep decline this century, with the breeding population falling by 75% between 1999 and 2013. Despite a rescue effort led by Natural England and the RSPB, in which hill farmers have been paid to plant 'Twite meadows' filled with wildflowers that produce the bird's favourite foods, Twite has continued to decline, falling by another 75% since 2016.

"The way we're going, we think it will be locally extinct within the next three to five years," Katie Aspin, the RSPB's Twite recovery project officer, told the Guardian. The species is at the southern edge of its range in England. 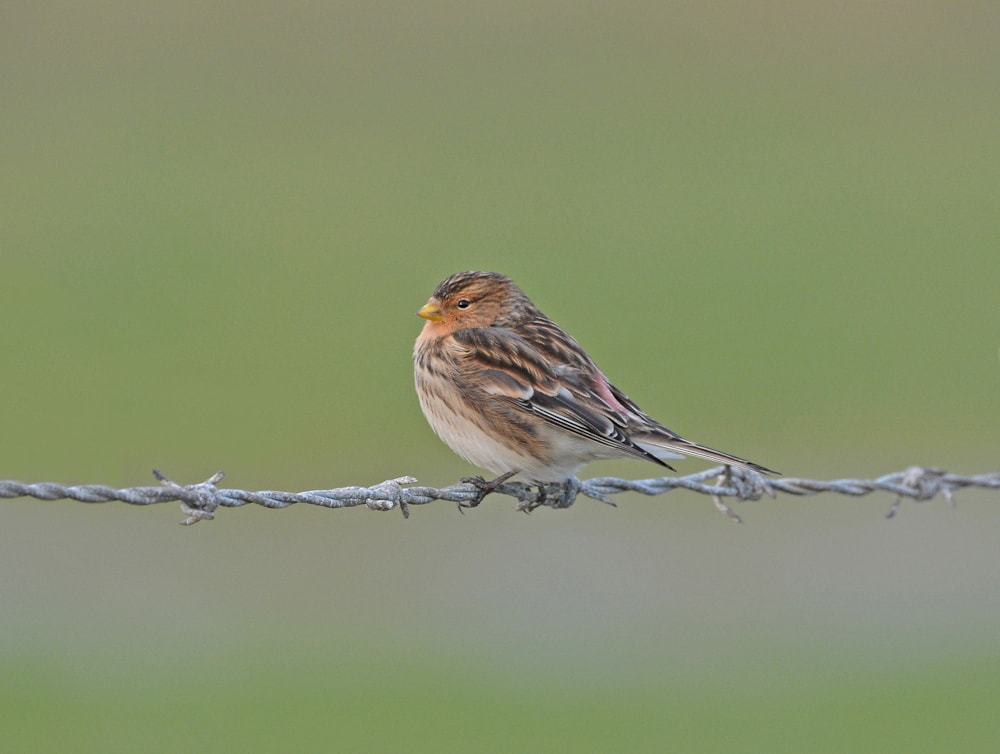 Twite is on the verge of extirpation in England (Damian Money).

Reasons for the finch's disappearance include less wild seed in upland meadows, climate change and the loss of tall heather in uplands, resulting in birds nesting in bracken where they appear to be more easily preyed on by Stoats and Weasels. The genetic diversity of English Twites may also have lessened because the population is now so small it no longer flies overseas in winter and mixes with birds from other countries, such as Norway.

"The key reason for this decline is the poor availability of food during the breeding season because of the loss of species-rich hay meadows and pasture in upland England because of agricultural intensification," said Aspin.

The Twite recovery project has concentrated efforts on the remaining birds breeding in a triangle of uplands between Manchester, Leeds and Halifax. Farmers have been paid through agri-environment schemes to cut hay later in the year, allowing flowers to seed and provide more food for the birds.

More than 250 ha of Twite meadows have also been planted with dandelion, common sorrel and autumn hawkbit to provide food in the breeding season. This summer, 15 supplementary feeding stations also supplied the birds with niger seed. Twite feeds on seeds year-round, even though most seed-eating species resort to feeding on protein-rich insects when they are rearing young.

Each surviving English Twite is given a colour ring so it can be individually identified and monitored in a project led by Jamie Dunning, a conservation scientist at Imperial College London. "The age-old story of massive changes to the way we farm the land is probably the main cause, but we suspect there's some aspect of climate change going on here as well," said Dunning in the Guardian.

Researchers also fear that Twite may be further hit by lower food availability in the winter, which English birds usually spend on saltmarshes along the east coast. While there is a small Scottish population of Twite, conservation scientists are warning that it is experiencing similar declines, and Britain's unique subspecies of Twite (pipilans) could be at risk of complete extinction.