The RSPB has revealed that 22 Hen Harrier chicks have fledged from five nests on the United Utilities Estate at Bowland, Lancashire. This is the second year in a row that the species has nested successfully at the site, after 13 chicks fledged from three nests in 2018.

Following six years of little or no consistent breeding success in the Forest of Bowland, conservationists are now hopeful that this could mark the start of the return of the often-imperilled species to an area once considered a stronghold for them in England. 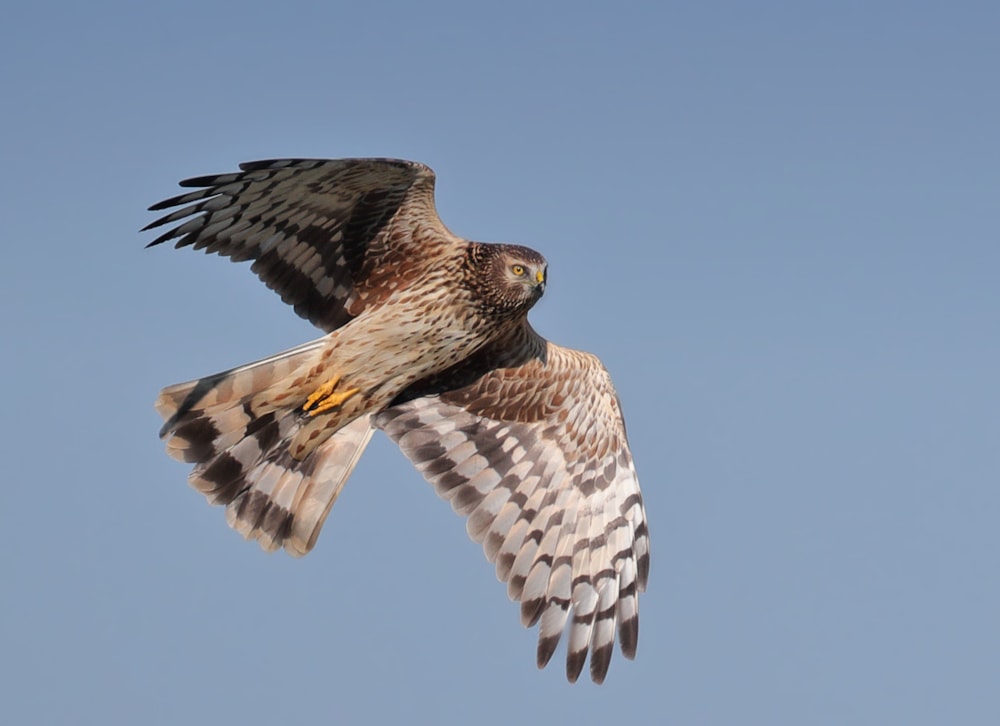 Though this year's results at Bowland are promising, the English status of Hen Harrier remains precarious (Per Schans Christensen).

Hen Harrier nonetheless remains on the verge of disappearing as a breeding bird in England due to ongoing illegal persecution associated with driven grouse shooting – as evidenced by a major research paper published in March, which demonstrated that 72 per cent of satellite-tagged harriers were considered or confirmed to have been illegally killed. It also concluded that the species was 10 times more likely to die or disappear over a grouse moor than any other type of land use. Although scientists have estimated there is enough habitat in northern England to support over 300 pairs, last year there were only nine successful nests.

Thanks to a unique partnership, United Utilities Estate in Bowland is bucking the trend. Since early spring, RSPB's staff and volunteers, together with United Utilities, their shooting and farming tenants, and the Forest of Bowland AONB, have put everything into protecting and supporting the five Hen Harrier nests on this estate, through close monitoring, diversionary feeding, habitat management, and careful avoidance of disturbance. However, Hen Harriers are known to travel widely, and concern still remains for the birds once they leave the estate.

Prior to fledging, a number of this year's chicks were fitted with satellite tags, which were provided by the RSPB's EU-funded Hen Harrier LIFE project. This will allow RSPB conservation staff to continue to monitor the progress of the birds once they have left Bowland. Members of the public can follow the progress of two of these – a young male, Apollo, and female, Cyan – as their journeys will be added to the LIFE project website (www.rspb.org.uk/henharrierlife) in the coming weeks as they leave their natal home. 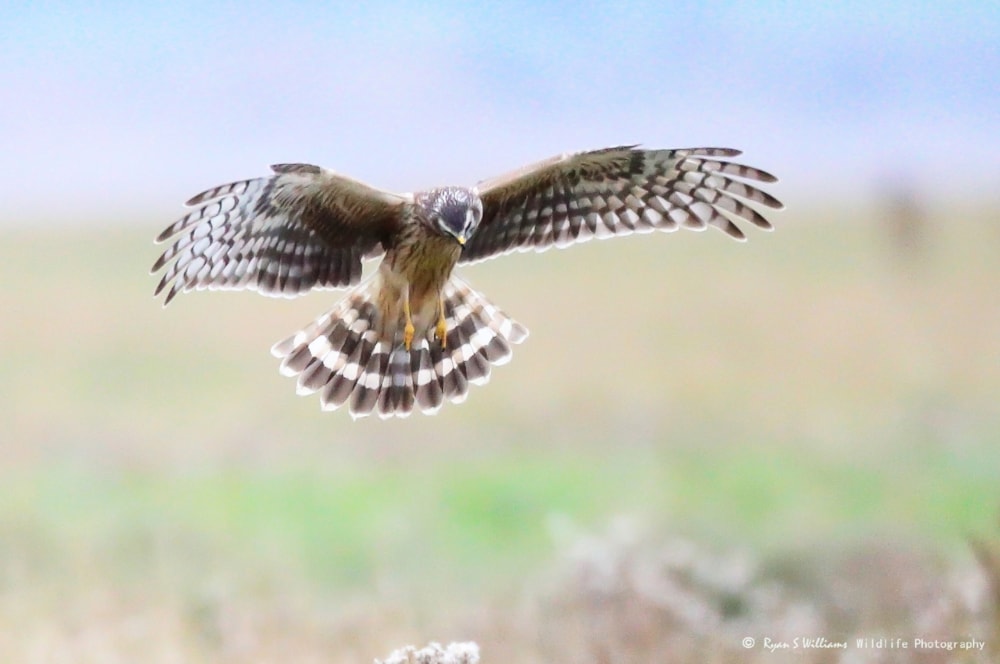 Some of this year's juvenile Hen Harriers have been satellite-tagged (Ryan Williams ).

Sadly, like many of the UK's Hen Harriers, youngsters satellite-tagged in Bowland have not always met with happy ends. In 2012, Bowland Betty died from an injury resulting from a shotgun wound and in 2014, barely two months after leaving their nests, Sky and Hope disappeared without trace when their tags suddenly and inexplicably stopped transmitting within a few miles of each other. Tragically, two of the 2018's youngsters have already died or disappeared in suspicious circumstances – Thor's tag stopped transmitting very close to the location as Sky and Hope disappeared, and River's body was found in North Yorkshire, lodged with two shot pellets.

James Bray, RSPB Bowland Project Officer, said: "I feel really proud to have been involved in helping these chicks to fledge. The RSPB team of staff and volunteers, United Utilities and their tenants have all worked incredibly hard to make this season a success and we all want to see them thrive. It has been such a joy to see this small local population grow from three to five pairs over two increasingly successful years, having endured two terrible years before that, without any nests at all.

"The increase this year is likely to be a combination of many factors but sensitive management of the estate, ensuring plenty of good nesting habitat, and the fact that Hen Harriers nested successfully last year, will both have helped. I live in hope that one day soon we'll see a return to the 20-30 nests that were a common sight in Bowland in the 1980s."