Plans for the first section of US President Trump’s infamous Mexican border wall in Texas have been revealed to widespread consternation among conservationists.

Things are not getting any better in the Santa Ana National Wildlife Refuge ‘wall’ controversy (see our previous report here). The Department of Homeland Security has recently announced that the first new section of the proposed border wall at the Lower Rio Grande Valley (LRGV) in south Texas will be at the reserve, specifically built on the well-known levee by the north end of the refuge.

The proposed 2.9-mile section of wall at Santa Ana NWR would be constructed in a 10-mile gap in the existing barrier. The new wall would consist of a 9.1-m tall concrete base with an additional 5.5 m of steel bollard fence atop it. Additionally, there would be a 46-m ‘enforcement zone’ stripped of vegetation next to and south of the wall. This zone would include a road and surveillance towers with floodlighting. There is currently no wall planned at either end of the proposed construction – for the time being, this new section of wall would simply be a barrier to walk around. 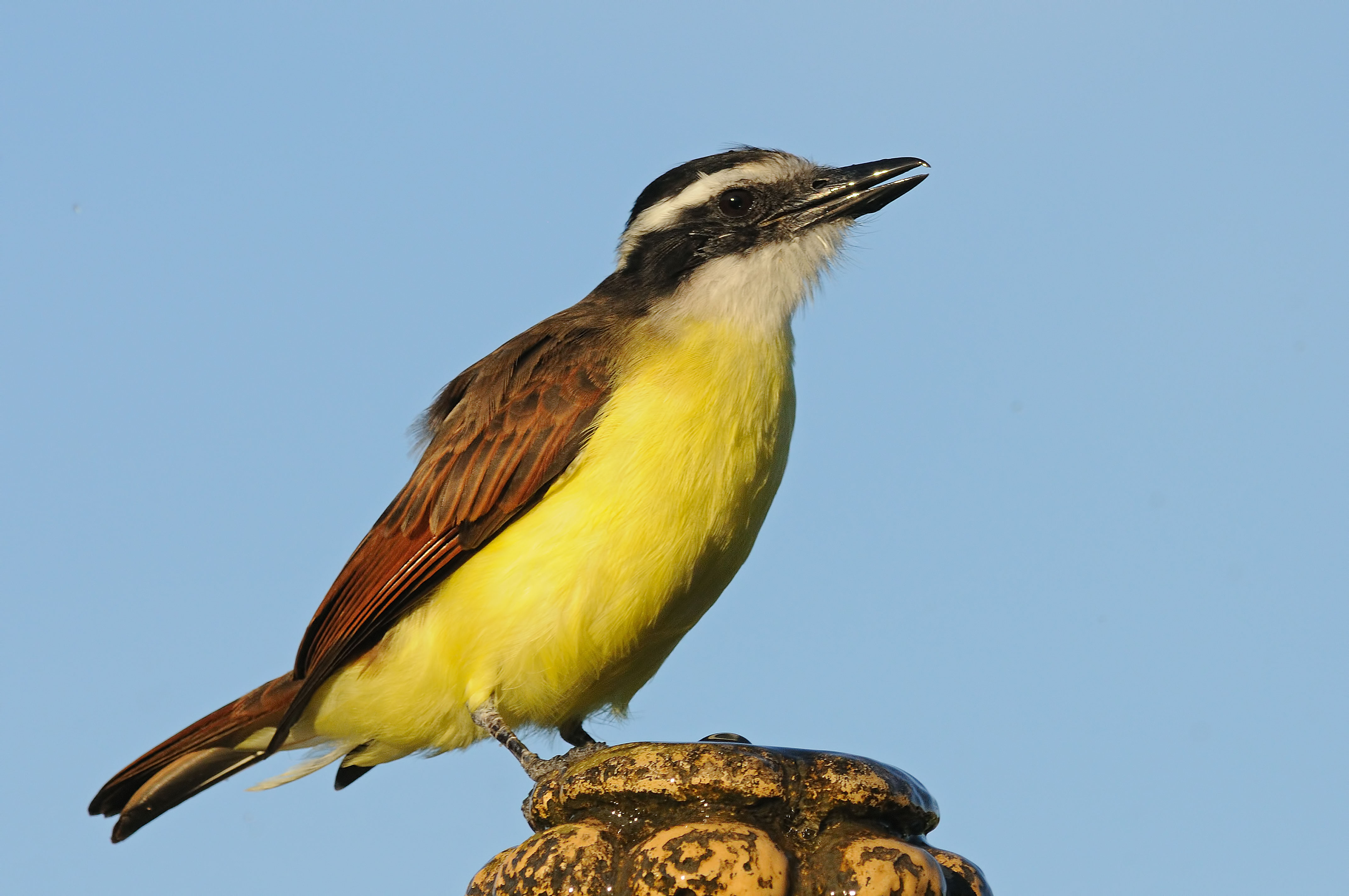 Great Kiskadee: one of the many special birds to be found in south Texas(Jon Taverner).

The Santa Ana wall section is estimated to cost $45 million – approximately $15 million per mile – and is slated to be completed by July 2019, according to Army Corps of Engineers records published in the Texas Observer and described in a highly revealing investigative article by Melissa del Bosque (which includes a map showing the precise intended locations of the controversial wall). It is still uncertain what this construction would mean for access to the refuge once the barrier is completed.

Santa Ana NWR has been long been a Mecca for birders and a place where unique south Texas specialities are found. The reserve was created in 1943 to protect migratory birds, and 94.9 per cent of its property was acquired through Duck-Stamp/Migratory Bird Conservation Fund dollars. Some 400 bird species have been observed at Santa Ana, along with much more wildlife including rare mammals, reptiles and butterflies.

Elsewhere in the LRGV, the National Butterfly Center, a non-profit sanctuary and wildlife reserve, recently filed a lawsuit in Washington DC against the Department of Homeland Security demanding that the Trump administration conduct federally required environmental assessments and follow the constitution and legal due process before attempting to build a border wall through their 100-acre private nature and wildlife sanctuary. 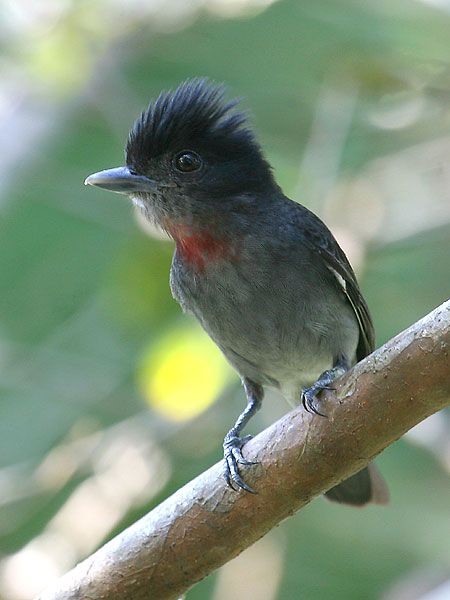 According to recently obtained documents, the wall would also cut through other valuable nearby habitats and properties, such as the much-beloved Bentsen-Rio Grande Valley State Park.

Local communities in the LRGV continue to stand in opposition to the wall. Fortunately, there is still time to halt the unpopular development, including other ways to set up smart and more wildlife-friendly fences, replete with technologically advanced sensing devices.

Congress can act, as long as members hear from their constituents. Readers concerned about this situation can access a model letter provided last summer by the National Wildlife Refuge Association (NWRA) and re-write sections with their own words to reflect the current situation.

Trump's environmental credentials have been brought into even further doubt by the Republican recent tax bill, which included a clause opening the Arctic National Wildlife Refuge to oil and gas drilling. The Republican-led Congress failed to have the votes to pass a stand-alone Arctic Refuge drilling bill, so they attached it to the tax plan as a way to pass the legislation by a simple majority.

The refuge is home to an incredible array of biodiversity. The mix of species includes more than 200 species of birds, particularly waterfowl and shorebirds which migrate from the Arctic National Wildlife Refuge to practically every state in the USA, and even to other continents. The move to open up the refuge was called "unprecedented attack on one of the only untouched, pristine wildlife areas left in the world" by Geoffrey Haskett, President of the National Wildlife Refuge Association.

The Arctic National Wildlife Refuge has been called America's last frontier. It has remained untouched for millennia yet pro-drilling special interests would despoil this iconic place forever at a time when this country has a surplus of oil. 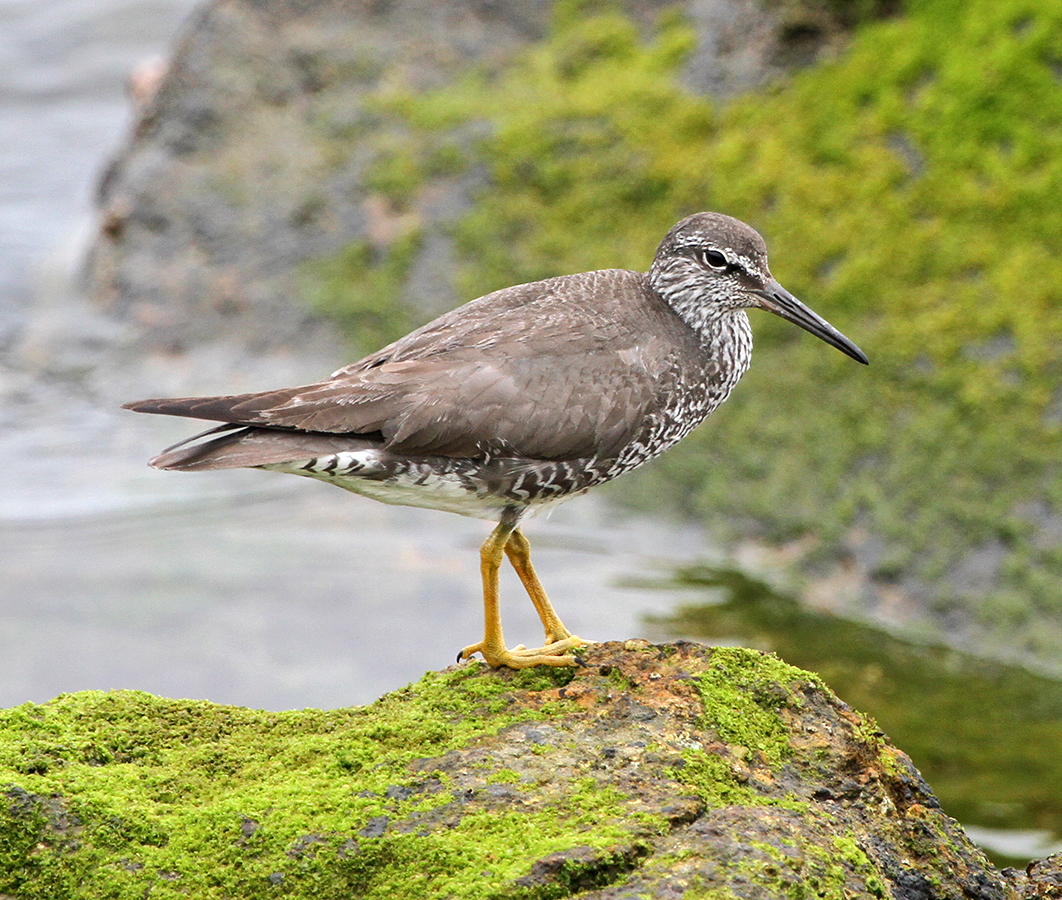 Wandering Tattler is one of the many shorebird species that breeds in the Arctic National Wildlife Refuge (Alexander Viduetsky).