The Trump administration amended Obama-era land-use rules on Friday 15 March, put in place to protect the threatened Greater Sage Grouse and its sagebrush habitat in 11 western states, siding with oil and gas interests that opposed the measures as too restrictive. In light of the decision, conservation groups denounced the move in favour of oil and gas industries.

The new rules, announced by the Department of Interior's (DOI) Bureau of Land Management (BLM), fits within the Trump administration's broader plan to increase energy production on federal lands by loosening environmental regulations. Former President Barack Obama's 2015 plan to protect Greater Sage Grouse imposed restrictions to development across their favoured habitat but fell short of placing the bird on the endangered species list, which would have imposed far more rigid rules. 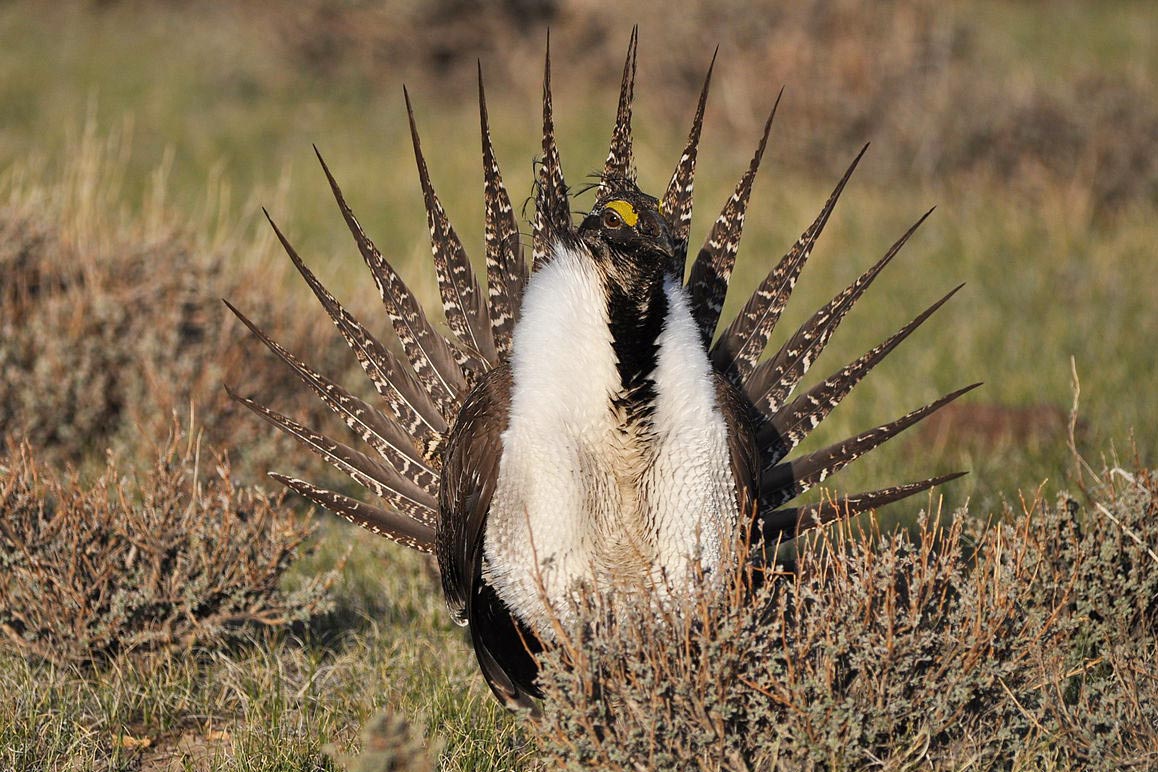 Greater Sage Grouse is in decline across its range due to habitat loss (Jeannie Stafford/USFWS).

In 2017, the DOI ordered a review of protections for Greater Sage Grouse to "ensure conservation efforts to not impede local economic opportunities." Of the 11 states included in the 2015 plans, seven opted for changes, according to BLM. They include California, Colorado, Idaho, Nevada, Oregon, Utah and Wyoming. The governors of all of those states except California said in statements that they supported the plan amendments.

Kathleen Sgamma, president of oil and gas industry trade group Western Energy Alliance, said: "We're pleased that the final plans are now out and moving forward into implementation. Industry will continue to do its part to conserve the species."

Montana, North Dakota and South Dakota opted out of amending their Greater Sage Grouse plans, with Washington going through a separate planning process. Ken Rait, programme manager for US public lands at the Pew Charitable Trusts, said: "You end up with a patchwork that ecologically makes no sense. Greater Sage Grouse don't know where the state boundaries are."