Conservationists are set to learn more about the life of Britain's Twites in the coming weeks as they use trackers to monitor their movements.

Without help, it is feared that Twite may disappear completely from England, as it is suffering a rapid decline that has led to it being added to the Red List of conservation concern. Numbers have suffered as the availability of autumn seeds, as well as mature heather and bracken in spring for nesting, has become scarcer. There are only 170 pairs left in the country, and despite Dove Holes Quarry near Buxton, Derbyshire – the site where the project will be run – being home to fewer than 10 pairs, it represents a significant population.

Weighing just 0.5 grams, tiny trackers have been fitted to male Twites in order to give an insight into the birds' daily lives. It is hoped that the research will help scientists to understand more about the behaviour of Twites in Derbyshire, which in turn could help identify and implement conservation measures that will ultimately help the species recover elsewhere in England. The trackers have been designed to monitor the movements of the birds for under a month, falling off as the birds moult. Trackers have only been used on males in order avoid any disturbance to breeding females. 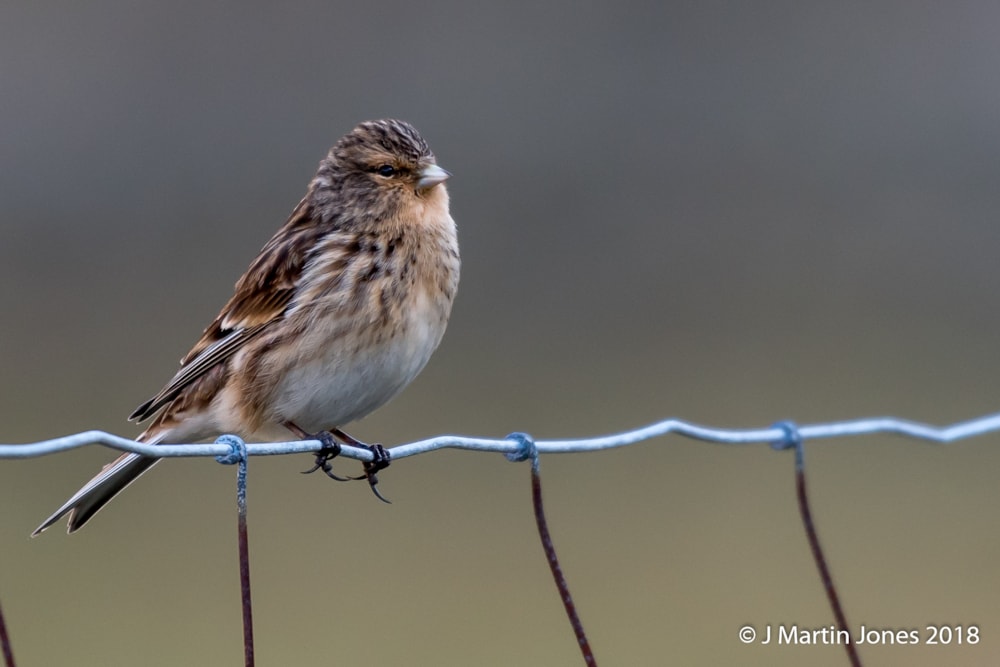 Twite has declined considerably across England and is Red listed (J Martin Jones).

Katrina Aspin, the RSPB's Twite expert, said: "Twites have disappeared from much of England, so we are eager to learn more about the daily life of the Twites at Dove Holes. If we can better understand how they are living, we can look at what steps we can take to help Twite populations recover elsewhere. And, importantly, as the quarry both expands and is restored we can ensure the right conditions remain so the Derbyshire Twites can continue to call the area home."

The tracking information will help CEMEX plan the restoration of Dove Holes Quarry, so that any work avoids important nesting sites.

Andy Spencer, Sustainability Director at CEMEX UK, commented: "Restoration of quarries gives nature a home. At this quarry, originally, five hectares of land around the quarry operations were seeded with a special flower-rich mix to ensure supplies of dandelion and sorrel seeds which the young Twites need to survive. Working in partnership with the RSPB has helped the survival of this rare bird. Tracking Twites will give us even more information to enable us to restore land to help them."