GPS transmitters have revealed the remarkable migratory feats of Great Blue Herons tagged in the US state of Maine.

Great Blue Heron is partly migratory; breeding widely across North America, northern populations winter south to Central America and the Caribbean. Although it was known that the herons leave northern US states in the winter, little was understood about where exactly they were going. However, trackers fitted to eight herons born at a colony near the town of Harpswell have been producing some eye-opening results in recent years.

One bird, an adult female known as Harper, recently conducted a mammoth seven-day movement from New Brunswick, Canada – where she now spends her summers – to wintering grounds in eastern Cuba. Harper left New Brunswick on 2 October 2021, flying non-stop for 40 hours to Bermuda. After a three-day layover, Harper then flew 30 hours to the Bahamas, where she had an eight-hour stop before conducting the final leg to Guajaca Uno to complete her 3,400-km migration. 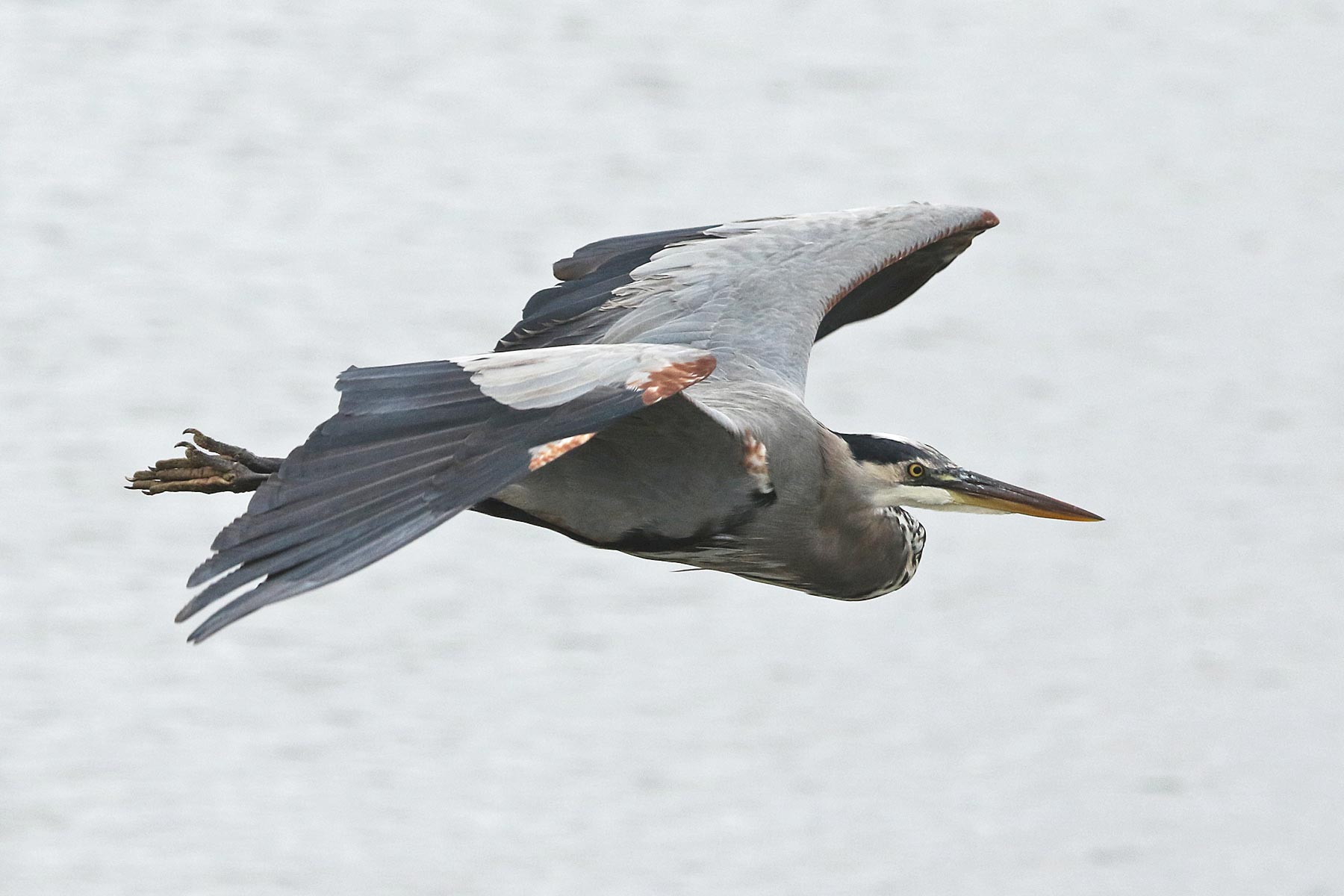 But this was not the first time Harper has undertaken long overseas flights. After a 38-hour flight in autumn 2019, Harper performed an astonishing three-day endurance test in October 2020. On the evening of 8 October, she left Shaleur Bay on the Quebec-New Brunswick border and flew out to sea off the coast of Nova Scotia. Although she came within 265 km of Bermuda, she turned back towards the US east coast and eventually made landfall in southern Georgia on the afternoon of 11th. Her mammoth non-stop flight was 68 hours in length, and covered 3,265 km. Clearly not completely exhausted by the journey, Harper was in the Everglades, southern Florida, a week later.

Another female Great Blue Heron, known as Nokomis, which was tracked between 2016 and 2021, completed an overseas migration between Maine and wintering grounds in Haiti in autumn 2020. The journey was made in five days and involved a direct sea crossing between Maine and the Bahamas – a distance of roughly 2,700 km.

You can follow the movements of the tagged Great Blue Herons on the Heron Observation Network of Maine Facebook page: facebook.com/maineheron. 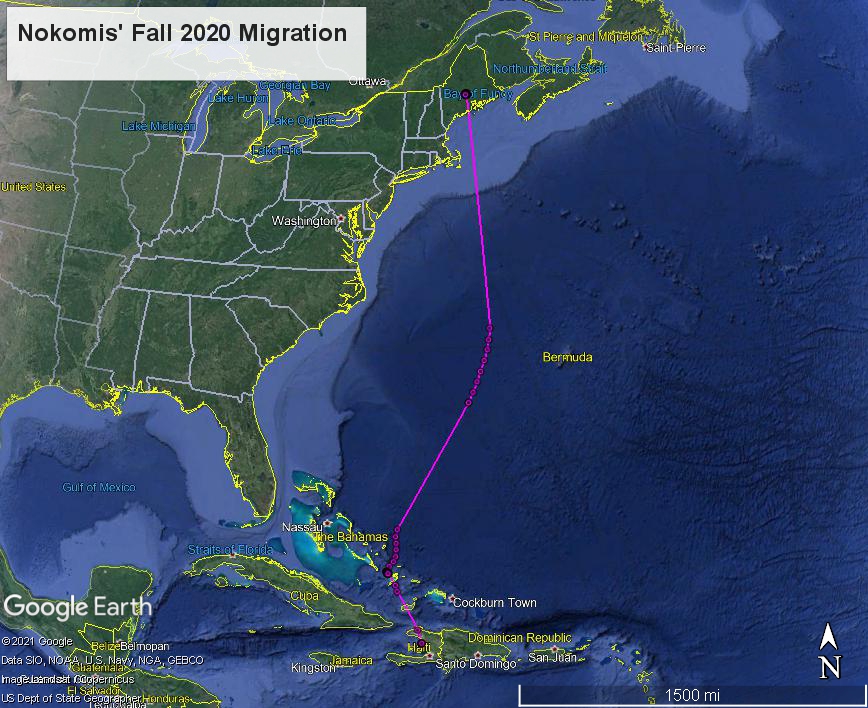 Map showing Nokomis's five-day migration from Maine to Haiti, via the Bahamas, in October 2020 (Heron Observation Network of Maine).