A Eurasian Coot has been discovered hanging from a telegraph wire with 'horrendous' injuries in the West Midlands.

The bird, found at Rocket Pool Drive in Bilston, near Wolverhampton, may have been tortured to death, the RSPCA said. Following the grim discovery, it was confirmed that the coot had a broken wing, no beak and a missing foot. 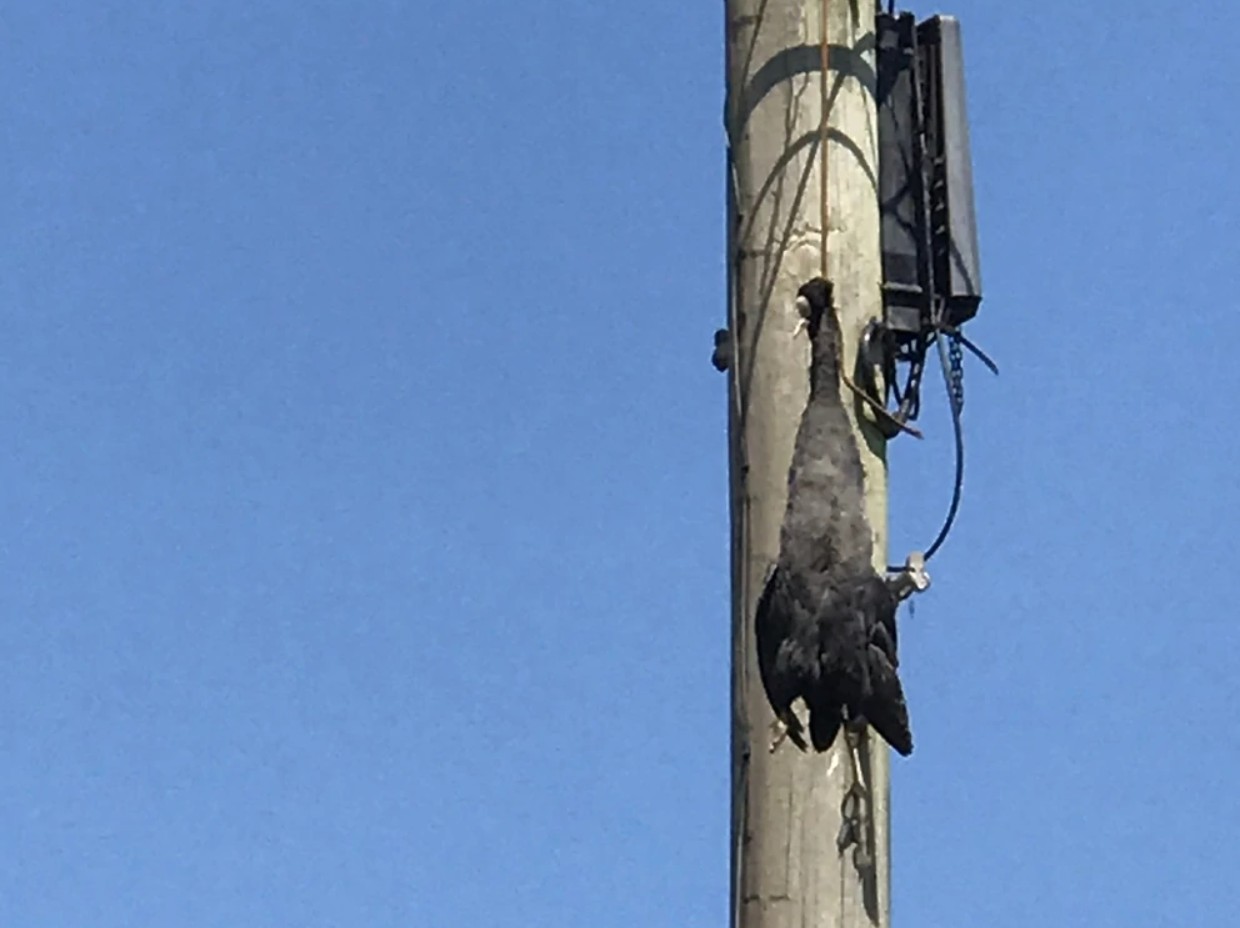 The dead Eurasian Coot was found hanging on a telegraph wire RSPCA).

The charity added that it looked like the injuries were deliberately caused before its body was tied up on the night of 22 June, or the next morning. Inspector Vicki Taylor said: "It is a sick and vile act and the poor coot must have suffered terribly from these injuries; I am keen to find the callous person responsible.

"The bird had a number of suspicious injuries and I am very concerned that these were deliberately caused before he had a rope put around his neck and he was then tied to the telegraph wire.

"It seems someone may have inflicted these horrendous injuries including breaking a wing, snapping a leg and pulling off its beak before they decided to hang him by the neck."

She urged anyone with information to call the RSPCA.