The Portuguese government is under further pressure to abandon plans to build a new airport on one of Europe's most important wetlands after the country's top legal official issued guidance confirming its insurmountable legal issues.

The Public Prosecutor's Opinion strongly supports the environmental groups' legal action against the Portuguese authorities' failure to properly consider the devastating impacts of the future Montijo Airport on the Tagus Estuary – an internationally protected wildlife site which acts as a crucial pit-stop for migratory birds – before giving the project the green light. The Tagus Estuary, which supports some 60,000 Black-tailed Godwits in winter, is at risk from the proposed airport (Jane Rowe).

The Public Prosecutor's supportive intervention in the case is a first major success for the environmental groups.

ClientEarth wildlife lawyer Soledad Gallego said: "At a time when we need to be protecting and restoring our most precious habitats to help tackle both the biodiversity crisis and the climate crisis, the Portuguese authorities are pushing ahead with a project that would irreversibly compromise one of Europe's most important wetlands – as well as unavoidably generating vast amounts of carbon emissions.

"The Public Prosecutor's Opinion is extremely positive in our case to protect this iconic wetland."

The Public Prosecutor drew attention to the major deficiencies, technical errors and inconsistencies in assessing the impact the airport would have on the Special Protected Area in the Tagus Estuary, as already highlighted during the environmental assessment of the project and as required under EU nature laws. 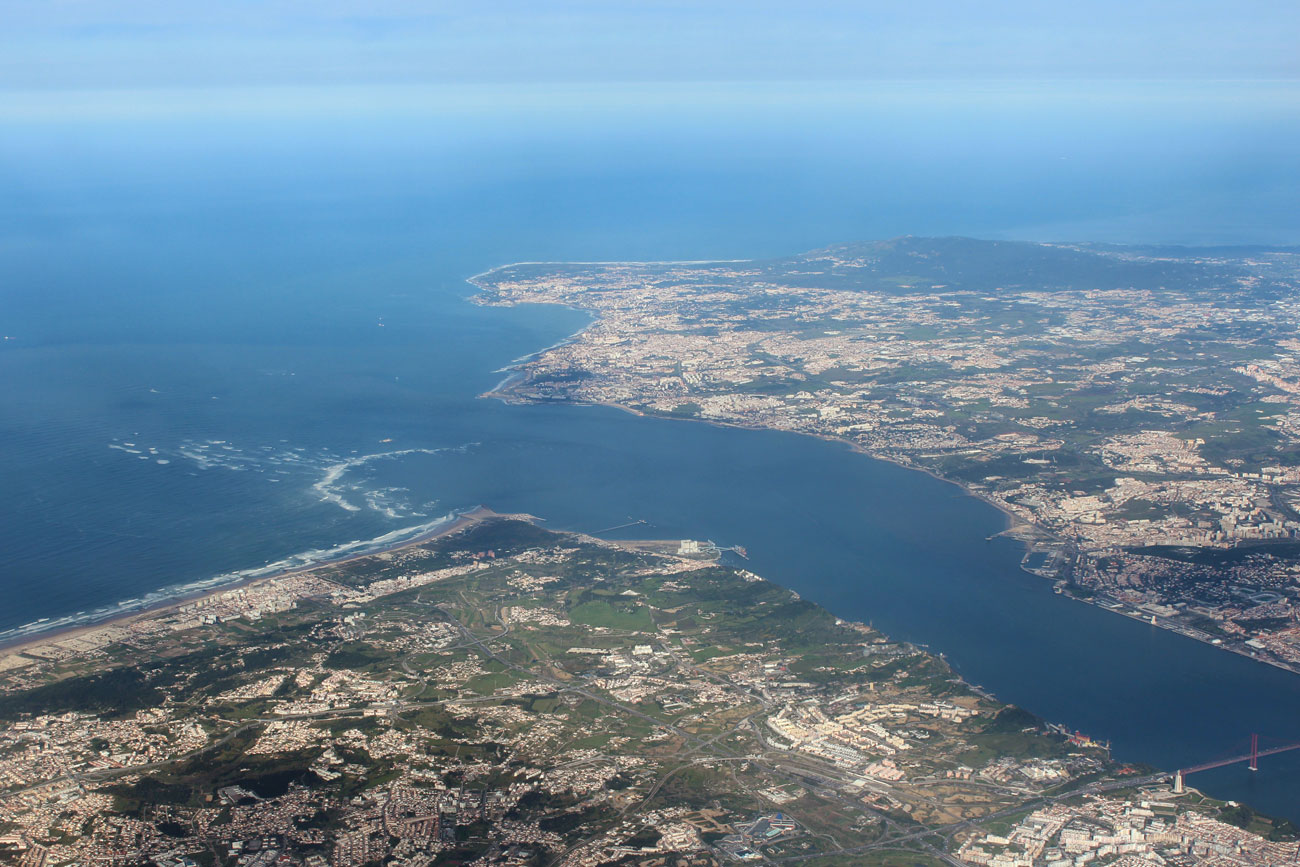 The Tagus Estuary flows out into the Atlantic Ocean by the city of Lisbon (Zinneke / commons.wikimedia.org).

The Opinion also highlighted that the cross-border impacts the project would have on international and European migratory birds and therefore on other protected sites across Europe, were unjustifiably understated by the authorities. Downplaying the airport's transboundary impact means the authorities avoided consulting other countries who might be affected by the future project.

Gallego added: "The Public Prosecutor stresses not only the importance of recognising the potential impact the project will have on migratory birds and on the integrity of the protected site, but also the potential knock-on effect it would have outside Portugal's borders. The Opinion goes further still, highlighting further reasons why the airport should not be built, including the failure to assess the risk of major accidents, as required under the Seveso Directive.

"We hope that the Court will follow this Opinion, but more importantly, we hope that the Portuguese authorities will realise their legal duty to protect the Tagus Estuary. Primarily because protected migratory birds and habitats depend on this unique natural area for their survival, but also because of the key role these ecosystems play in ensuring a robust and healthy climate."

ClientEarth and SPEA's case is still pending before the Lisbon Administrative Court.