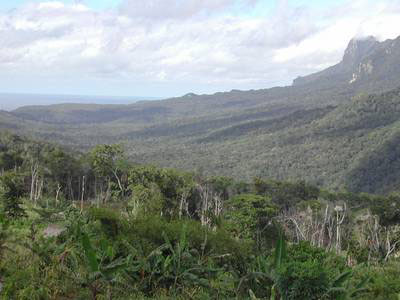 After just five years as an independent nation, Timor-Leste (formerly East Timor) has declared its first national park, a move which will protect a number of threatened species found nowhere else on Earth. The declaration has been applauded by BirdLife International, one of a number of organisations involved in the site designation process.

"This is an incredibly forward-thinking decision, made all the more spectacular by the fact that this is such a young nation," said Dr Mike Rands, BirdLife's Chief Executive. "We wholeheartedly congratulate the Timor-Leste government on this declaration, and their commitment to conservation in line with sustaining the livelihoods and heritage of local people."

Timor-Leste became independent in 2002 and despite rich deposits of oil and gas it remains one of the world's poorest nations. The newly designated Nino Konis Santana National Park - at over 123,600 hectares - links together three of the island's sixteen BirdLife-designated Important Bird Areas: Lore; Monte Paitchau and Lake Iralalara; and Jaco Island. 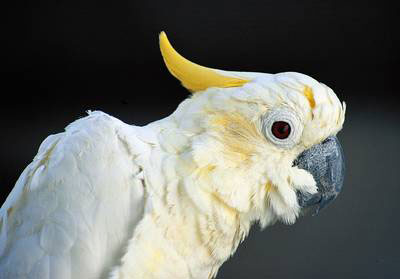 "This is great progress by the government and communities of Timor-Leste. After five years work our first national park is born. It will help our nation to protect its national heritage, culture and history," said Manuel Mendes, Director of the Department of Protected Areas and National Parks, Timor-Leste. "The national park will protect globally significant biodiversity and the culture and socioeconomic livelihoods of communities living there."

The National Park will also include over 55,600 hectares of the 'Coral Triangle', a marine area with the greatest biodiversity of coral and reef fish in the world.

The National Park includes 25 bird species restricted to Timor and neighbouring islands, and also the Critically Endangered Yellow-crested Cockatoo, whose populations have been devastated worldwide by unsustainable exploitation for trade. In addition the Park is home to the endemic Timor Green-pigeon, listed as Endangered due to loss of monsoon-forest habitat on Timor island.

BirdLife has worked with the Timor-Leste government (Ministry of Agriculture, Forestry and Fisheries, MAFF) since shortly after the country's formal independence. Site designation work began with a programme of biological surveys, resulting in the identification of the country's Important Bird Areas (IBAs) (soon to be published in book form).

In doing this BirdLife joined forces with the New South Wales (Australia) Department of Environment and Climate Change (DECC), whose participation allowed the programme to be widened towards establishment of a new national protected areas network. Additional support to the programme was provided by Australian Volunteers International. Funding came from the Australian Government's Regional Natural Heritage Programme, Keidanren Nature Conservation Fund (Japan), and the UK Government's Darwin Initiative.

"Now we must plan further and work hard to manage well, not only the government of Timor-Leste but international partners who want to collaborate and work with us, help us to build our capacity so that we can manage for ourselves," finished Mendes.

The National Park is named in honour of Nino Konis Santana, national hero and former Commander of FALANTIL (Forças Armadas da Libertação Nacional de Timor-Leste), the armed wing of the resistance movement in the struggle for independence who was born in the village of Tutuala within the National Park.