Reintroducing birds to suitable habitats where the species have been extirpated can be a very important conservation project, often offering a last resort to sustain the survival of threatened species. Mauritian Wildlife Foundation (MWF) has worked hard to translocate species such as Pink Pigeon, Echo Parakeet, Mauritius Cuckoo-shrike and Mascarene Paradise Flycatcher from the Black River Gorges National Park in the south-west of the island to Ferney Valley, in the east. This strategy has helped to create new subpopulations and increased the total numbers of some bird species, as it contributes to their distribution, as well as saving them from extinction and loss of genetic diversity.

In the past couple of years, MWF has worked tirelessly to protect two of the rarer endemics from extinction: Echo Parakeet and Pink Pigeon are considered by BirdLife/IUCN as ‘endangered’. Pink Pigeon is distinctive in appearance, with a pale pink body, brown wings and a broad rusty-brown tail. It is known to form long-term pairs and can breed at any time of the year. It needs to feed on flowers, leaves and fruits of native trees endemic to Mauritius. The island has been ranked by the International Union for Conservation of Nature (IUCN) as having the third-most endangered flora in the world – and this poses a major threat to the already declining birds that largely depend on plants for survival. Just like Pink Pigeon, Echo Parakeet is a rare endemic, and it is the only surviving parrot of the Mascarene Islands (all others have become extinct).

In order to prevent Pink Pigeon and Echo Parakeet from further declines, MWF moved both species to Ferney in the Bambous Mountains. The translocation of Echo Parakeet started in February 2015 and Pink Pigeon in December 2016. By July 2017, 73 parakeets and 30 pigeons had been released. The birds are supported by close monitoring, supplementary feeding, predator and disease control and habitat restoration.

The first signs of breeding came in 2017 when a young, unringed Echo Parakeet turned up at the release aviaries in the Ferney Valley in March. Two months later, an unringed young Pink Pigeon was sighted with its parents on the same valley. This is the first time either of the two species have bred in the Bambous Mountains in more than a century. The confirmed breeding of birds is a yardstick of success and shows that the area is suitable for the species and is favourably managed. With these young birds having been observed in the Ferney Valley, it is obvious that the translocations have worked and hopes are high that many more shall follow in the near future. 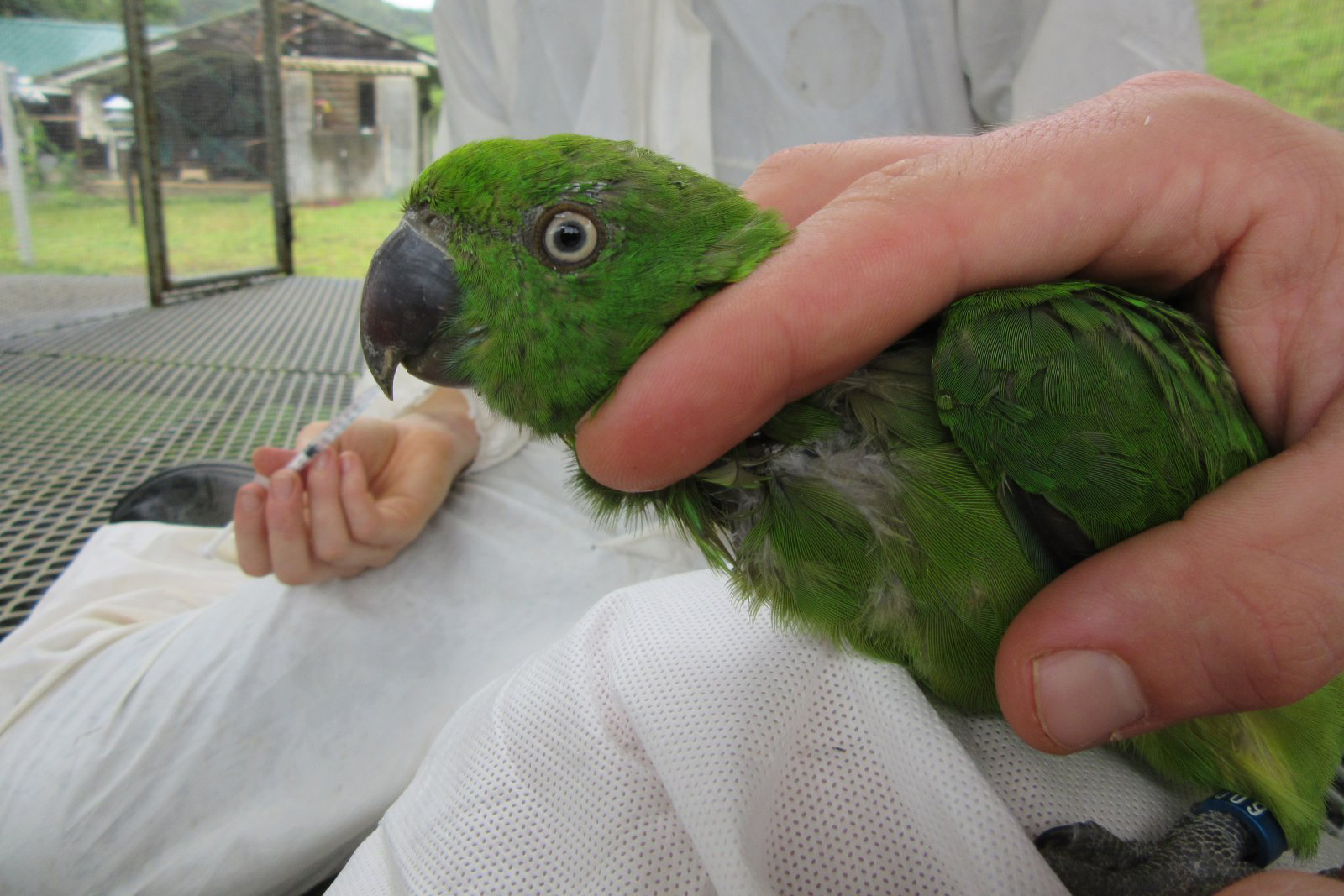