Thinking big to save wildlife

The RSPB is launching a radical new approach to nature conservation to make space for wildlife in the 21st Century. Reaching out beyond its traditional nature reserves, the Society hopes to restore disappearing species to huge swathes of the wider countryside.

Dubbed 'Futurescapes', the programme will see the RSPB working in partnership with others to create whole landscapes where people and nature can co-exist. Aidan Lonergan, The RSPB's Futurescapes Manager, said: "Nature reserves are vitally important — they are a refuge from where plants and animals can spread into the wider countryside. But that countryside is increasingly unfriendly to wildlife because of decades of habitat loss, which has robbed many species of food and shelter. Now climate change threatens to add even further pressure."

"We need to turn that around. Working with others, we can once again make large areas of the countryside rich in wildlife. We need to move beyond the nature reserve and create really big areas of land, whole landscapes, where wildlife has space to move and thrive." 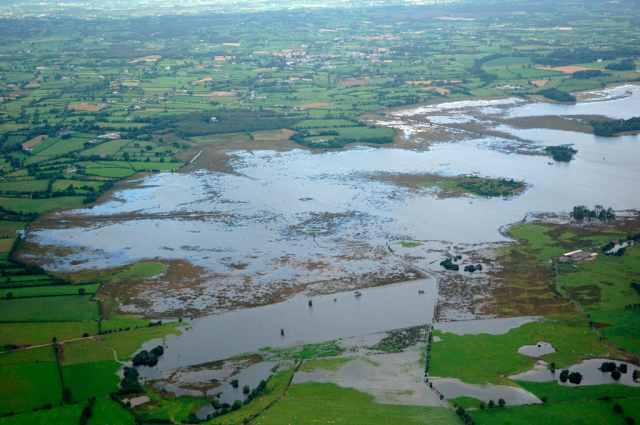 The Lough Beg area is one of the richest landscapes for wildlife in Northern Ireland, holding around 5% of its remaining wet grasslands. The RSPB is working with farmers and landowners to bring wetlands around Lough Beg into agri-environment schemes and help them secure support for the restoration and management of these special landscapes. (Photo: David Wooton, RSPB images)

To showcase its new approach, the RSPB has chosen the Greater Thames: more than 1,000 square kilometres straddling the river from Tower Bridge, along the estuary and out into the North Sea. The RSPB:

An artist's impression of the future of Wallasea Island in the Thames estuary. (Image: Richard Allen, RSPB Images)

Aidan Lonergan said: "What's happening on the Thames is a fantastic example of what we want Futurescapes to achieve right across the UK. At first glance some of our partners on the Thames may seem unlikely bedfellows for the RSPB, but the transformation we want to see in our countryside is too big a job for any one organisation — everyone needs to pull together to make it happen."

"We have already started work on almost 40 other projects up and down the country; with fellow environment organisations, local communities, farmers, landowners and government at all levels. This is a crowded island and we need to meet the needs of wildlife alongside human uses of the countryside. We need our land to do more than one thing."

"If we succeed, it will not just be wildlife that wins. By taking a landscape-scale approach for wildlife, we can improve other natural services provided by the land, including carbon storage, water management, and recreation, alongside food production and other important economic benefits." 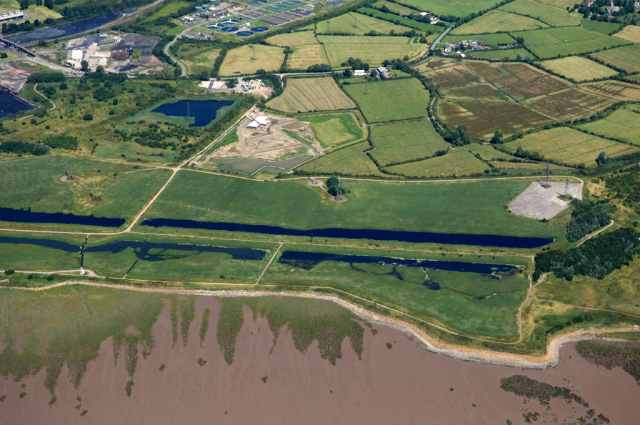 The Gwent Levels is an extensive area of coastal floodplain, salt marsh and intertidal mudflats, holding more than 10% of Wales' reedbeds. RSPB Cymru's vision for the wetlands is to create a landscape local people are proud of and that supports sustainable farming and natural flood protection. This in turn will help species such as Bittern, Lapwing, Avocet, Redshank, Water Vole, Otter and Brown Hare survive in the face of climate change. (Photo: David Wooton, RSPB Images)

Futurescapes is the RSPB's response to the continued decline of the UK's wildlife and wild places. 2010 is the International Year of Biodiversity, the date by which biodiversity loss is meant to have been halted. Instead numbers of many species continue to fall. Like many in UK conservation, the RSPB believes a landscape scale approach is needed in addition to traditional conservation measures if the situation is to be reversed. Futurescapes aims to provide rich habitats for wildlife and diverse, green spaces for people to enjoy in our countryside, not only in protected areas, but far beyond.